America's new gig economy: Where one job is never enough

But America's major employer these days appears to be Craig's List.

Last week I was lucky enough to work as a background extra in an episode of a TV series that was filming locally.  And in the breaks we were given between action shots, us background extras mostly just sat around the holding room, drank hot chocolate, played with our cell phones, read books and/or chatted about our lives.

"What else do you do to support yourselves besides this?" I asked a bunch of extras there.  A lot of them drove for Uber or Lyft.  Another guy was retired and trying to supplement his meager Social Security income.  One extra rented out a spare room on Air BnB.  Someone else had occasional housecleaning gigs.  https://www.cnbc.com/2018/10/22/silicon-valley-using-contract-employees-to-drive-profits.html

"I deliver food and run errands," said someone else.

"I do weekend work for Amazon."

"I work as a caregiver three days a week."  And where do you get most of your jobs?  "Thank goodness for Craig's List."

"But how can you guys afford to pay your rent on gig incomes?" I asked next.

"We have roommates!"  Lots and lots of roommates.  Or they sleep on the couch at their parents' house -- or sleep in their cars.

When the mainstream media headlines tell us that America has a 3% unemployment rate, they are flat-out lying.  A few gigs here and there is just not the same as a 40-hour-a-week job with healthcare benefits, a pension plan, vacation pay, lunch breaks and sick leave.

America's new gig economy has an actual employment rate of perhaps 30% -- and in America today, one job is never enough.  http://www.berkeleydailyplanet.com/issue/2018-10-26/article/47118?headline=The-Marriott-Strike-One-Job-Should-Be-Enough-

"But what about all those illegal aliens who are taking our jobs," you might ask.  Sorry -- but it just doesn't work that way.  Undocumented workers mostly take only the low-paying crappy jobs that American citizens don't want -- not even in this harsh gig economy now.  Or else undocumented workers take jobs that require skills that Americans simply no longer have and/or don't want to put in the effort to learn. 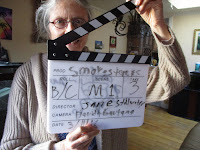 PS:  Our current American leaders seem to exist back in some weird 1950s time warp -- and these wealthy out-of-touch O.G. fools still think and act like they are living in an idealized McCarthyite America of unlimited resources and unlimited domination.  But do we really want these old gangstas running our country today too?  Now that things have so drastically changed?  I think not.  http://www.kingsolver.com/books/unsheltered.html

We are currently faced with the most gigantic extinction event (ours) since back in the days when dinosaurs bit the dust.  And in these crucial new times that involve our own very survival (as well as the survival of our jobs), do we really want to allow these human dinosaurs to run our world?  To die knowing we ourselves have actually voluntarily put up with the very human stegosauruses who are now killing us off?  https://www.newyorker.com/magazine/2018/11/26/how-extreme-weather-is-shrinking-the-planet?utm_medium=email&utm_source=actionkit

Isn't it time that we demanded leaders who are just a bit more in touch?

PPS:  Hey, the gig economy is really not all that bad.  At least Americans haven't (yet) disintegrated into the terrible conditions that exist in such countries as Libya, Honduras, Gaza, Afghanistan and Yemen (all of them being the lucky recipients of American weapons manufacturers' famous "democracy" awards).  Hell, those countries don't even have Craig's List!

Stop Wall Street and War Street from destroying our world.   And while you're at it, please buy my books.  https://www.amazon.com/Jane-Stillwater/e/B00IW6O1RM
Posted by Jane Stillwater at 3:03 PM