Roger Cohen testified before Congress today, mumbling a bunch of evasive answers to some really dumb questions -- as our very own Congressional representatives asked him again and again about "collusion with a foreign power," and "communications with Russia," trying their very best to hook up Russia with Donald Trump.  But, hell, any American who spends even five minutes reading the New York Times knows that Trump is really in bed with Israeli Zionists. 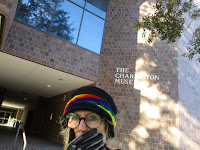 It's clearly obvious to anyone with half a brain or any familiarity with the mainstream media at all -- that Trump's heart clearly belongs to Israeli Zionists.  Just replace the word "Russia" with the word "Israel" and Congress would never have had to go phishing for all those evasive answers.  The New York Times and AIPAC have already supplied them to us.  Daily.  For years.  In our faces.  With no shame.  They shout Trump's affair with Israeli Zionists from the rooftops.  Like one of those rent-by-the-hour love motels!

But Trump isn't the only one in bed with Zionist Israel.  Congress is too.  And we Americans need to start guarding our freedoms from being "influenced by a foreign power" such as Israel (and Saudi Arabia) before we too start to get cooties.  https://israellobbyandamericanpolicy.org/

PS:  Am I being anti-Semitic here?  Not really sure.  In my own defense, I do equally decry the Saudis as well as the Zionists -- and those dictatorial genocide-committing corrupt bigoted Saudis are technically considered to be Semites as well, so perhaps I am.

But judging by the way Zionists treat Palestinians (who actually are Semites), Zionists are actually anti-Semites themselves!

Stop Wall Street and War Street from destroying our world.   And while you're at it, please buy my books.  https://www.amazon.com/Jane-Stillwater/e/B00IW6O1RM
Posted by Jane Stillwater at 9:11 AM