If the federal government is shut down as tightly as we are told that it is, then how come the Feds haven't shut down their Gawd-awful federal prisons too?  And let Leonard Peltier finally go free!  https://freeleonard.org/case/ 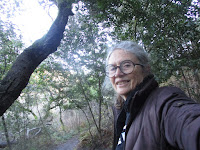 And why is the US trying to force a Venezuelan "regime change" right now -- if our government is spozed to be truly shut down?  And why is Congress still shipping whole boatloads of $$$ to that (other) war-mongering and corrupt government in Israel?

And why is the US is still attacking and victimizing Syria?  And still kissing Saudi Arabia's bootie?  And still playing footsie with Wall Street?  And still paying members of Congress?  And still keeping the lights on at the White House?  Hypocrites.  All of them.  https://readersupportednews.org/opinion2/277-75/54514-focus-the-vice-presidents-men

And with regard to that recent viral Sandmann-Phillips video, a lot of people are missing two very important points.

First, even though Sandmann was smiling (or grimacing) his heart out, he was still wearing a very offensive Trump hat.  Totally offensive.  Trump has come to represent the worst aspects of racism, bigotry and greed in America today -- including his current heartless and reckless shut-down.  Young Sandmann shoulda taken that hurtful hat off if he was doing what he claimed to be doing -- trying to make peace.  http://jpstillwater.blogspot.com/2019/01/madame-jane-predicts-government.html

Second, there were not one but three demonstrations going on at the Lincoln memorial right then.  Has it come to this?  Where Americans are constantly out protesting left and right?  Yep.  Our government has gotten that bad.  https://readersupportednews.org/opinion2/277-75/53678-us-military-says-it-has-a-qlight-footprintq-in-africa-these-documents-show-a-vast-network-of-bases

And why is the State of California now paying its TSA workers unemployment insurance just to keep us civilians safe?  No one in Washington seems to care about civilians -- but are perfectly willing to keep Wall Street billionaires and Saudi billionaires and Zionist billionaires safe.  That sucks eggs.  No wonder there are so many demonstrations going on in DC these days.  https://calebmaupin.com/blog/73-greenspan-waves-his-fist-after-wall-street-shakes

And why is the Border Patrol still out there murdering babies during this shut-down?  Just because said babies come from Honduras or Guatemala?  Babies are cute -- no matter where they come from or even whether or not they own a MAGA hat.  https://www.cbsnews.com/news/migrant-child-dies-in-border-patrol-custody-today-2018-12-25/

We average Americans can't afford to buy our way into Congress, the White House, the Supreme Court or the Pentagon because America is no longer a democracy -- but we can vote with our feet.

Stop Wall Street and War Street from destroying our world.   And while you're at it, please buy my books.  https://www.amazon.com/Jane-Stillwater/e/B00IW6O1RM
Posted by Jane Stillwater at 1:22 PM