There's a legend that is often told along the Texas-Mexico border.  It's called "El Niño Perdido," a story about a lost and abused child -- and it's guaranteed to make you cry if you have any heart at all.  Eventually this child became a folk saint in honor of his suffering.  https://www.youtube.com/watch?v=IpejsYhqN7M

There is also an old Hispanic legend about La Llorona, a ghostly mother who is perpetually forced to travel the world desperately searching for her lost children.  Another version of this story has an evil La Llorona running around the countryside kidnapping hapless Latino children.  Sound familiar?  https://ghostcitytours.com/san-antonio/haunted-places/la-llorona/

But here in America we have a different legend about children, thanks to Walt Disney.  "If you tell a lie, your nose will grow."  Seems like almost everyone in Washington DC these days should also have noses the length of redwood trees because almost every word out of their mouths is a lie -- especially regarding the bloody and murderous "wars" on Syria, Yemen, Palestine, etc.  But let's just focus here on the lies told to us by I.C.E.

But before we chat about all these new lies they've been telling us recently, let's take a look at one of their older ones.  "Turns out that the kids being held in the Fairfield Detention Center in California are not newly-kidnapped children after all," I was recently told by a friend.  "No, the kids in that jail, mostly pre-teens and teenagers by now, have already been there without habeas corpus or without bail for over two years."  Wha?  Isn't that illegal?  No wonder they are lying to us.  Sounds like poor Rapunzel trapped in a tower to me. 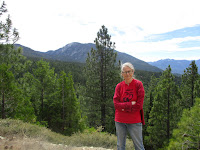 Next lie.  "We know where all the asylum-seekers' babies are right now and can easily reunite them with their parents," I.C.E.'s boss tells us.  Pants on fire!  All those babies have been deliberately misplaced, possibly forever.  Wha?  Shades of Red Riding Hood -- only with the wolf winning out instead of the woodsman.

Next lie:  "We can reunite all the babies with their parents by July 10."  So far, only four (4) babies have been reunited with their parents.  No "happily ever after" involved here.  https://www.theatlantic.com/politics/archive/2018/07/can-the-trump-administration-solve-a-disaster-of-its-own-making/564872/

Next lie.  "Those brats are here illegally."  And I.C.E.'s nose grows even longer.  The rule of law in America states that if asylum-seekers can make it across our borders, they will be here legally.   If a Canadian citizen crosses into America while trying to escape the horrors of poutine for instance, that Canadian is here legally.  And so are all those poor sweet Hansels and Gretels that are fleeing American-supported dictators in Central America.  https://www.democracynow.org/2018/1/31/made_in_the_usa_the_real

Next lie.  "Those children are all safe and sound."  Yeah.  Sure.  Tell that one to Jiminy Cricket.  Oops.  No.  I forgot.  I.C.E doesn't have any conscience.

Stop Wall Street and War Street from destroying our world.   And while you're at it, please buy my books.  https://www.amazon.com/Jane-Stillwater/e/B00IW6O1RM
Posted by Jane Stillwater at 4:53 PM