Playing strip-poker with the next POTUS

Why isn't one of the Koch brothers running for president in 2016?  They both have the time and the money to do it.  My guess is that Charlie and Dave saw what happened to George W. Bush and don't want that happening to them too.

Running for president these days is a lot like playing in a game of strip poker.  Sooner or later, too much of everyone playing gets exposed -- and in the end GWB came out of the game as morally naked as a jay-bird.  Even though he was able to steal the whole pot (twice). http://billmoyers.com/2014/06/27/the-first-iraq-war-was-also-sold-to-the-public-based-on-a-pack-of-lies/

Far better for the Kochs to throw in a poker chip named Scott Walker than risk walking home in the nude. 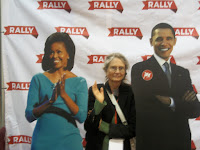 But running for prez in America is like strip poker in a whole other way as well.  In the next presidential election, here's how the game is going to basically work -- just as it has in every other election since Jimmy Carter.  In the winter of 2016, Lockheed-Martin, Monsanto, AIPAC, Goldman-Sachs and Citibank will once again be holding their secret high-stakes strip-poker game in the back room of 1600 Pennsylvania Avenue, this time hosted by Obama, Lockheed-Martin's BFF since back in 2008. http://sayed7asan.blogspot.fr/2015/08/from-palestine-to-yemen-honour-and.html.

Drinks will be served.

And Donald Trump will throw his shorts into the pot, trying to impress Goldman-Sachs.  Hillary Clinton will then throw in her shirt, making a bid for Lockheed-Martin's support.  JEB Bush will throw in the towel, knowing that even AIPAC won't be interested in raising his stakes, even after all that Bush I and Bush II have already done to promote neo-colonialism in the Middle East for AIPAC.  And Scott Walker is already down to his G-string, having already left all his clothes in Wisconsin with the Kochs.

Bernie Sanders will still have most of his clothes on his back -- but will be shedding them as fast as he can over foreign policy, also hoping to please Lockheed-Martin and AIPAC too.

Dr. Jill Stern, the Green party's choice (and mine too) won't even be invited to the game.

Soon all the candidates will be standing before these powerful kingmakers stark naked.

Which one will be sitting in the White House after the 2016 election is over?  That depends.  Which one will sell the most weapons, start the most "humanitarian interventions," pollute the most air, rob the most $$$ out of our bank accounts?  Who will sweeten the pot most?  Which one will screw his or her fellow Americans best?  A deal will be dealt.  A winner will be declared.  The other candidates will fold.

Ah, but that will be just the beginning.  The kingmakers will now have to let all the rest of us know how to vote.  Suddenly the media will be singing the praises of the strip-poker game winner during all of the primaries.  The voting machines will get rigged in The Candidate's favor. http://www.kansas.com/opinion/opn-columns-blogs/article32685087.html

And of course drinks will be served -- again.  But this time it will be the Kool-Aid.
Posted by Jane Stillwater at 9:13 AM