How to Make America Great: Stop killing kittens in the Middle East!

The only real difference between King Herod in the Bible and Bibi Netanyahu in Tel Aviv today is that Bibi has a much better public-relations team.  Does Netanyahu now suffer from buyers' remorse after killing all those babies in Palestine during the past few years?  Hardly.   Not if he can fix it with propaganda! 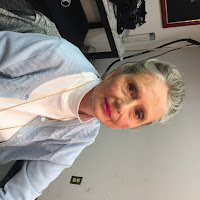 After Netanyahu (and the rest of that sleazy neo-colonialist gang who have seized control of Israel) had so much fun blowing up, murdering and/or maiming approximately one thousand Palestinian children in the past two years, Bibi suddenly started to get a bit worried about his current international image as a baby-killer, right?  Just look at all the bad press that Herod received after doing the exact same thing!  http://www.presstv.ir/Detail/2015/09/18/429769/Israeli-soldiers-Aqsa-mosque-Jerusalem

So Netanyahu got to worrying that he too might go down in history as the 2.0 version of King Herod.

And so he put all his vast propaganda weapons and skills to work in order to dispel all of this latest "anti-Semitic" talk from people who actually objected to babies being maimed, burned alive and killed.   "I've got an idea," said one of Bibi's propaganda guys.  "How about that we publish a children's book showing Israeli soldiers rescuing abandoned kittens in Gaza?"    http://www.ynetnews.com/articles/0,7340,L-4694647,00.html

And that makes it okay to slaughter a few hundred Palestinian children and maiming over a thousand more?

"By massacring hundreds of children, actual kittens were saved!"

But why the freak were those kitten abandoned in the first place?  Because the children who owned them were melted alive by white phosphorus bombs of course.  Shame on those thoughtless, bad children!

"But what does all this kitty propaganda have to do with trying to make America great again?" you might ask at this point.  That's easy.

So much of American taxpayers' money is being funneled to Israeli neo-colonialists and to the American "war" industry in the Middle East these days that there is hardly any money left to spend here at home on stuff like infrastructure and schools.  And all those trillions of dollars spent on bombing other countries, no matter how carefully the cluster-bombs and daisy-cutters and drone strikes are aimed, can only result in killing thousands more babies -- and even, God forbid, also killing more kittens!   http://www.counterpunch.org/2015/09/15/obamas-response-to-the-refugee-crisis-regime-change-in-syria/

But there is really only one (1) way to make America great again:  Stop killing all those kittens in the Middle East.  And in Afghanistan.  And in Ukraine, Africa, Asia and Latin America...  There are possibly millions of kittens that are being killed by American taxpayers' dollars all over the world these days.  http://news.yahoo.com/assad-says-only-syrian-people-decide-quits-064717348.html

If Americans only knew that their money was being used to actually kill kittens, it might be a whole different story.  We might actually put an end to America's endless and costly "wars" that are currently sending America to a financial and moral graveyard instead of making it great.  https://avoicefrompalestine.wordpress.com/2009/10/03/lest-we-forget-sabra-and-shatila-massacre-16-17-september-1982/

PS:  Also in heavy competition for the King Herod Award for slaughtering innocents is King Salman, titular head of the infamous House of Saud in Arabia.  He is currently fire-bombing, barrel-bombing and neutron-bombing Yemen like it was barbecue time for kittens!

"But why is he doing that?" you might ask.  For the oil, of course.

"And also for Yemen's beautiful beaches," I was recently told by one Yemeni friend.  "King Salman now has a plan to start up a new Waikiki-style resort there, one that will rival Dubai."  And we all know what that means.  Time to start saying "Aloha" to all Yemen's kittens!  http://www.washingtonsblog.com/2015/09/priceless-antiquities-are-being-destroyed-by-saudis-and-americans-in-yemen-like-theyre-being-destroyed-by-isis-in-syria-and-iraq.html

PPS:  If you find this article particularly offensive, then please ask yourself why you don't find America's "war" on the world's babies offensive as well -- and then go out and do something to stop all these hideous wars on babies.  And kittens.

PPPS:  A large part of me wants to be a war correspondent and fight against injustice both at home and abroad -- but some small part of me still just wants to be normal.   And the normal part of me has just become addicted to the peanut-butter-creme-filled-sandwich cookies featured at the "Love at First Bite" cupcakery in north Berkeley.  http://www.loveatfirstbitebakery.com/index.html

Oh if only the starving children of Syria, Palestine and Yemen now under deadly siege by the American/Saudi/Israeli/Turkish neo-colonial military-industrial complex could have some of these cookies too!
Posted by Jane Stillwater at 9:14 AM