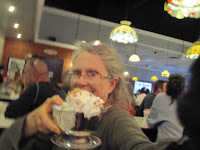 "Where does ISIS come from and how can we stop them?" you might ask.  Answering that question is easy if you just do the math. So let's find out the answer -- by simply adding up the columns of numbers listed below:

ISIS = Chechen, Libyan, Malaysian, Al Qaeda and other foreign fighters paid for and armed by the House of Saud.  http://www.globalresearch.ca/the-isis-islamic-terrorists-are-supported-by-the-us-israel-and-saudi-arabia/5396171

When we subtract American, Turkish, Israeli and Saudi neo-colonialists' $$$ and weapons from ISIS, we get peace in the Middle East -- or at least a hopeful shot at it.

"But, Jane," you might ask next, "how can we prove this equation?"  We don't have to be Euclid or Einstein.  We just have to do the math.

ISIS + Al Qaeda + the spoiled-brat House of Saud's grand illusion that oil $$$ can buy them anything they want + America's Wall Street and War Street immoral lust for profit and power + Zionist neo-con lust for "Greater Israel" + Turkish neo-con lust for a return of the old Ottoman Empire = Bad News for the Middle East + Bad News for you and me too.

Bottom line:  To stop ISIS, all we have to do is cut off the flow of $$$ + weapons + training to it from American + Saudi + Israeli + Turkish neo-colonialists.  Plus start up a flow of $$$ to Americans like you and me instead.  Plus hopefully stop the eventual flow of ISIS to Turkey, Arabia, Israel and America as well.
Posted by Jane Stillwater at 9:59 AM