Several people have asked me recently why I always seem to be writing about the Middle East.  "Why don't you ever write about anything else?" 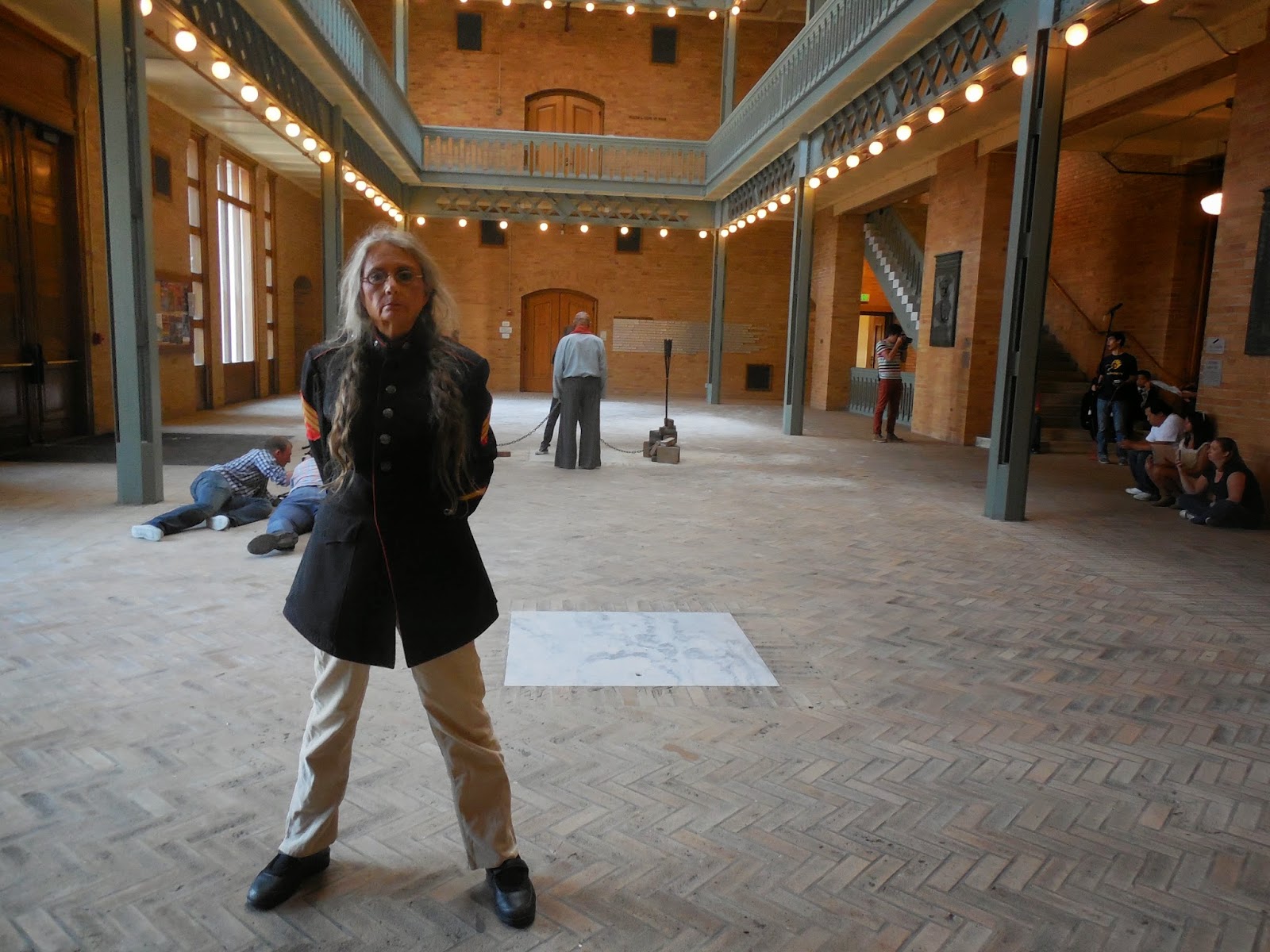 I'm always amazed that so few other Americans aren't just totally fascinated by the Middle East too.  Or even that there isn't at least one daytime soap opera devoted solely to the subject -- if for no other reason than that the Middle East has some of the greatest villains of all time!

Take America, for instance.  Our very own Wall Street and War Street are currently starring as top-billing major actors in the Middle East, playing in prime-time roles -- as the biggest villains in the script so far too.  America practically invented ISIS, for goodness sakes!  You can't get more villainous than that.  http://www.washingtonsblog.com/2015/03/mainstream-media-calls-supporting-al-qaeda-isis.html

According to journalist Daniel Lazare, "After years of hemming and hawing, the Obama administration has finally come clean about its goals in Syria.  In the battle to overthrow Bashar al-Assad, it is siding with Al Qaeda."  War Street, you've been busted as the Bad Guy -- and on national television too!  http://www.informationclearinghouse.info/article41742.htm

Or take Saudi Arabia -- another shining example of epic villain-a-lishious-ness at its best.  That country has been playing the villain since way back in 1930 -- when it invaded the Republic of Yemen for the first time after Yemen actually dared to become a democracy.  Then the Saudi regime went on to help America create Osama bin Ladin, finance the Taliban and dirty their hands with 9-11.  And now the Saudi regime is financing and training ISIS.  Doesn't get more juicy than that.  http://www.veteranstoday.com/2015/04/27/saudi-security-forces-arrest-expel-over-174000-people-in-1-month/

No, wait, yes it does.  The Saudi regime is now using American-supplied cluster bombs on Yemen.  Juicy soap opera at its best, better even than TMZ -- unless of course you are living in Yemen.  http://www.wsj.com/articles/saudi-led-coalition-accused-of-using-u-s-supplied-cluster-munitions-in-yemen-1430637102?tesla=y

And then there is Syria.  What is going on there right now is even better than "One Life to Live".  How many Americans even know who Bashar Assad is?  The poor guy has a couple of corrupt, sleazy relatives that the Saudi, American, Turkish and Israeli regimes have spent the last four years trying to put into power.  Why?  Because power corrupts -- so Assad's relatives are already trained to be as corrupt as their sponsors.  How "Dallas" can you get?  https://consortiumnews.com/2015/04/27/syrias-nightmarish-narrative/

And of course Turkey is now in the mix too -- just can't keep its hands off of ISIS, the designated "fem fatale" in this reality show.  But Turkey had better watch out.  ISIS is a psychopath and Turkish citizens do not like President Erdoğan cheating on them and messing around with her instead.  https://candobetter.net/node/4397

Or take Iraq -- the ultimate reality show.  Outwit, outlast and outplay.  Plus all the principle soap opera characters are there in Iraq too.  You got the lying bitch (mostly America), the BFF (mostly Britain and France), the scheming scoundrel who will stop at nothing to get rich (mostly Bibi Netanyahu) and the struggling anti-hero (mostly Syrians trying to chase ISIS out of Syria) trying to thwart the Bad Guys (mostly ISIS, but with ISIS's secret suppliers Saudi Arabia, Israel, America and Turkey thrown in).  http://www.nytimes.com/2015/05/05/world/europe/fertilizer-also-suited-for-bombs-flows-to-isis-territory-from-turkey.html?_r=1

You just gotta love all that plotting, counter-plotting and backstabbing now taking place in the Middle East -- such as when General Sisi in Egypt overthrew a democratically-elected government in order to be America's date to the prom.  Or when the Saudi Arabian regime, source of 9-11 and Osama bin Ladin, comes out smelling like a rose and being America's BFF.  Or not.

You want action and drama?  No problem there either.  The Middle East has it all!  America, NATO, Britain and France get together and bomb the crap out of Libya (for her own good), put Al Qaeda in charge of Libya for even more raping and pillaging fun (she asked for it) -- but then deserts fair Libya in her darkest hour of need.  And even though Libya is not technically actually in the Middle East, you can still just sit back and watch the fun.

And ditto for Afghanistan.  Lots of action, drama, lies and skullduggery there too -- even though it also is not technically located in the Middle East.

And now apparently ISIS (that tramp!) is also off having a hot illicit affair with the American-sponsored neo-Nazi Ukraine regime, also not in the Middle East -- but this new daytime drama may soon to be playing on European TV instead  -- as ISIS slips off to gay Paree after dumping her thug boyfriend in Kiev.   http://www.globalresearch.ca/the-isil-is-in-ukraine-americas-agents-of-chaos-unleashed-in-eurasia/5446989

Plus who wouldn't want to hear the exciting story about brave and heroic Palestinians fighting for their freedom -- only to be called angry sluts by the American media.  Or how the brave and heroic Yemenis, fighting for their freedom, get bombed back to the Stone Age by the despotic Saudis who still somehow manage to come out as the Good Guys -- even after training and financing ISIS.  How do they do that?  How do they just keep getting away with that again and again?  Will they ever get their comeuppance?  Apparently not.  But stay tuned.

And then there is the Israeli regime, staring as the "scheming patriarch" character, forcing America to do its dirty work so it can take over the Middle East.  Bibi Netanyahu is like a Mafia don or the villain on "The Bold and the Beautiful" or "Dark Shadows" -- always scheming behind the scenes.  He's like Angelique Bouchard or Sheila Carter.  What's not to love about him?

Why would anybody who loves soap operas and/or reality shows, action movies or even murder-mysteries and thrillers even think of ever not keeping up with events in the Middle East?  Entertainment at its best!

Too bad, however, that more than a million lives have been lost so far in these productions -- but, for Wall Street and War Street, that's just one of the costs of being in show business.
Posted by Jane Stillwater at 8:36 AM