Only the strong survive: How Big Pharma & war cull the herd 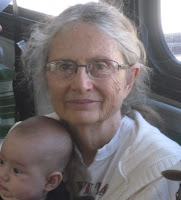 Even as an old man, my father was as strong as an ox and built a log cabin from scratch with his bare hands when he was 70 years old.  But then he suffered a heart attack.  And his doctor put him on all kinds of medications, at least ten pills a day.  And a year later he had shrunk from standing over six feet tall to being only 5' 7" -- and from weighing 200 pounds to weighing only 125.  And a month after that he was dead.  Geez Louise!  What the freak was in those pills anyway?  Couldn't he have just eaten more bananas instead?

And I used to really resent Big Pharma for that -- especially when my own father was one of those statistics.

And I also used to really hate the idea that American children are being overdosed on vaccines too.  Our kids will be given 71 different batches of vaccinations before they reach age 17 -- and 26 of these vaccines will be given to babies under one and a half years of age.  But it's not the vaccines themselves that I used to resent.  Hell, bring them on -- in the hundreds if that's what it takes to save little kids' lives.

It is the fillers, additives and preservatives such as mercury, formaldehyde, MSG, detergents, aluminum and yellow dye #6 that make up approximately 99.99% of each shot that I used to hate.  I used to really hate that Big Pharma would shoot all that junk into the bloodstreams of our very own little darlings -- just to save a buck on extending their drugs' shelf-life.  http://www.cdc.gov/vaccines/pubs/pinkbook/downloads/appendices/B/excipient-table-2.pdf

Apparently there are now a few drug-company start-ups working on creating DNA-based vaccines that no longer need fillers.  Others are working on vaccine-based "tattoos" that don't need fillers either.  Hurray for them.  http://www.pbs.org/wgbh/nova/body/tiny-tattoo-vaccines.html

But I still used to shudder with dread for my three-month-old granddaughter at the thought of her callously being used as fodder for Big Pharma profiteering.  Because of baby Sofia, I used to study up and read everything I could lay my hands on with regard to the pros and cons of vaccines.  With a tiny and vulnerable small baby in my family, I used to worry night and day about the fillers, additives and preservatives in her vaccines.   http://www.ora.tv/offthegrid/grid-robert--kennedy-jr-takes-big-pharma--vaccine-industry-0_6ck7ne6j25bv

But not any more.

And then I remembered that the presence of lions in Africa are actually good for the gazelle population there -- because they cull the herd.  On the plains of the Serengeti, only the strong survive.

And then I learned to cogitate upon the African slaves who survived the dread Middle Passage -- only the strongest made it through that ordeal too, right?  So that only the most healthy slaves arrived in the New World?  Or I'd think about the small-pox-laden blankets that European immigrants used to give Native Americans so that the weaker ones would die off and stop hogging up all the good land.

And now, like some heroic latter-day Spartan or Indian-killer or human trafficker, Big Pharma is also culling our modern American herd of weaker babies and seniors -- making sure that only the strong survive.  How philosophical of them is that!  http://yournewswire.com/mandatory-vaccine-act-2015-spine-chilling-u-s-legislation-proposed/

A recent study has shown that America is ranked way down at Number 34 in the list of countries with regard to infant mortality rates -- and is also the highest in the world regarding vaccines given to babies in their first year.  So what does that tell us?  That we should all immediately move to Singapore as soon as we get preggers?  http://www.wanttoknow.info/health/vaccines/vaccines-studies-infant-deaths

No, this tells us that we Americans should stop bitching all the time about how Big Government (under pressure from the Big Pharma lobby of course) is taking away our very right to chose whether or not to have our babies inundated with huge doses of preservatives and fillers before they are even out of diapers, and about how over-selling drugs to our elders has become such a profitable racket -- and instead just be grateful that now only our strongest babies and most viable old people survive, and that Big Pharma is culling our herd.

I mean really.  Who the freak wants a weak baby or an old person who can no longer produce and will retire or be hospitalized before reaching age 90?  "Man up, babies.  Old guys, stop being wimps."


According to Project Censored, "The U.S. military is the biggest polluter on the planet."  So not only is Big Pharma trying to cull the American herd, but War Street is apparently trying to cull this herd too.  With all of its various wars and proxy wars on Iraq, Afghanistan, Ukraine, Palestine, Haiti, Honduras, Syria, Yemen, Libya, Iran, Russia, China, Africa, South America and goodness-knows-where all else?  The American military is now endangering the lives of babies and elders here at home as well as killing them outright on the other side of the world.  http://www.projectcensored.org/2-us-department-of-defense-is-the-worst-polluter-on-the-planet/

Just sayin'.  Rebecca Solnit got me to thinking about how War Street is also culling the herd.  Perhaps she will get you to thinking too.  Nah, not gonna happen.  Thinking is obviously too un-American.
Posted by Jane Stillwater at 12:28 PM