Recently a highly-credentialed world-class scientist made an astonishing announcement.  "Two years from now, almost everyone who took this experimental injection could be dead."  That's a very powerful statement.  Is this imminent scientist correct -- or is he just crazy?  Either way, we are not being allowed to hear his side of the story.  If you dare to post his finding on social media, you are immediately de-platformed from YouTube and thrown into FB jail.
A famous MIT researcher also recently stated that, "Five months into the [Crappy Vaxxy] campaign, statistics tell a frightening story.  Deaths are 14.6 times more frequent during the first 14 days after the first injection among people over the age of 60, compared to those who aren't vaccinated.  That is extraordinary."  We're not being allowed to question her data either.  What if this imminent scientist has gone meshugenah -- or what if she's right?  We will never know until it may be too late.
Don't we have the right to know that a whole swath of the Greatest Generation is dead right now because of The Shot -- and because at least six (6) effective treatments for COV!D have been systematically censored?
"Safe and effective!  Safe and effective!"  Huh?  No side effects at all from what amounts to having anti-freeze, fertilizer and GMOs stuck in our arms?  No side effects at all?  Or have they been censored?
"Oh no, we don't do that."
PS:  And here's a question from another top scientist whose name we're not allowed to mention on FB.  According Big Pharma's constant hype on TV, its injections will prevent you from getting COV!D, right?  You get the injection and then you are safe.  End of story.  So why are vaccine passports even a thing?
If you know that you are already protected from COV!D, then why worry about whether the next guy is protected or not?  Either you yourself are totally protected like you see on TV -- or you are not, right?  So the passports must be for some other reason than to protect you.  Now what could that other reason possibly be?  We're gonna have to ask the Davos Boyz about that one.  "World domination?"  Duh, yeah.
PPS:  President Assad was just re-elected in Syria.  I've been to Syria.  Twice.  The people there all love President Assad.  Why?  Because he saved them from ISIS, the Saudis and blood-thirsty American oil interests.  Because of President Assad, Syria has not become just one more lame-arse Libya.  And we've been censored regarding factual news from Syria too. 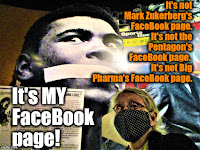 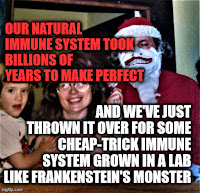 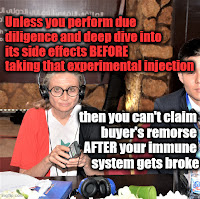 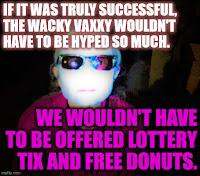 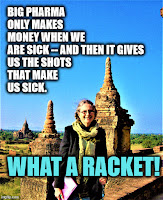 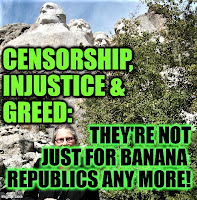 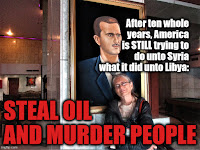 According to the FDA, the list of possible adverse event outcomes from The Shot includes:

Posted by Jane Stillwater at 2:09 PM