Death by COVID: Nudging up the numbers?

There's a dangerous pattern that seems to be emerging regarding COVID deaths.  Let's explore it.  Why not?  What else have we got going on.  https://jpstillwater.blogspot.com/2020/05/madam-jane-predicts-covid-will-show.html

1.  By now, practically everyone knows (or should know) that Governor Cuomo ordered recovering COVID patients to be transferred into uncontaminated rest homes.  The results were disastrous -- and highly predictable.  More and more deaths.   https://www.pbs.org/newshour/health/nys-cuomo-criticized-over-highest-nursing-home-death-toll

2.  When this epidemic first began, several doctors reported that hydroxycloroquine (when combined with zinc and some other unpronounceable ingredient) actually saved lives at the rate of 98% of all patients who received it.  So the WHO launched a "Solidarity" drug trial for HCQ.  Good idea, right?  Except that recipients were given fatal doses in this trial.  Unsurprisingly, patients died right and left.  "Oh well, guess HCQ doesn't work after all!" trumpeted Dr. WHO -- leaving thousands of more patients to die unnecessarily.  But both Pharma and Fauci supported the WHO's fatally-erroneous conclusions anyway.  https://www.ageofautism.com/2020/06/who-solidarity-and-uk-recovery-clinical-trials-of-hydroxychloroquine-using-potentially-fatal-doses.html 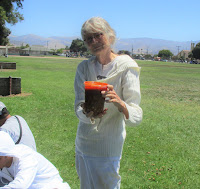 3.  Out in sunny California, almost no one at San Quentin prison had COVID symptoms -- until the Department of Corrections imported a whole bunch of COVID-infected prisoners in from Chino prison.  Since then, seven inmates at San Quentin have died as a result.  "Hey, look!  COVID really is deadly enough to justify ruining our economy!" Wall Street and Big Pharma can now exclaim, now that one-third of San Quentin is infected.  https://www.sfchronicle.com/crime/article/Federal-judge-San-Quentin-COVID-19-outbreak-15358348.php

4.  We all know (or should know) how the death numbers have been systematically fudged throughout America after hospitals were offered $13,000 above and beyond their normal reimbursements for each patient diagnosed with COVID (even if they only coughed a few times) and up to $39,000 if said patient was also put on a ventilator before the Grim Reaper tracked him or her down.  With this new monetary incentive involved, suddenly even terminally-ill cancer patients started being listed as victims of COVID.  https://www.spectator.co.uk/article/how-strong-was-the-scientific-advice-behind-lockdown

5.  According to pathologist Dr. John Lee, "Over the past few weeks, my sense of the surreal has been increasing.  At a time when rational interpretation of the Covid data indicates that we should be getting back to normal, we instead see an elaboration of arbitrary responses.  These are invariably explained as being ‘guided by science’.  In fact, they are doing something rather different:  being guided by models, bad data and subjective opinion.  Some of those claiming to be ‘following the science’ seem not to understand the meaning of the word."  The result?  More and more deaths. 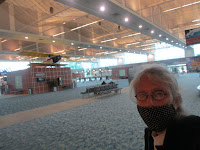 6.  "But hospital staff members are still dying at great rate!" we are now being told.  Sadly, they are.  But why?  Because there isn't enough trained staff to go around even in the best of times because med schools are just too damn expensive (we spend our money on murdering babies in the Middle East instead) -- and so the staff that hospitals do have are forced to work 20-hour to 40-hour shifts, leaving our most educated medical personnel vulnerable to any strong illness that comes along.  Protect the vulnerable, stupid.  Don't just kill them off.  Unless of course you need higher death numbers to justify the lock-down.  I Am a Man Of Constant Sorrow | O Brother, Where Art Thou? | SceneScreen

7.  Ventilators?  Ventilators do not play well with COVID.  In fact they can lead COVID patients to death's door instead of pushing the Grim Reaper away.  Medical professionals kept telling bureaucrats this.  Over and over and over.  And for far too long a time, no bureaucrats listened.  Even more deaths resulted -- driving that little red line on the death charts up and up and up.  https://www.youtube.com/watch?v=2xmRWj7gJEU

8.  And of course we all know (or should know) that everyone in the media started viewing Sweden with alarm.  "We must have a lock-down or we'll end up like Sweden!"  Wrong again.  Sweden's death rate is now lower than Finland's or even Scotland's -- and yet our media still bad-mouths Sweden like it was some crazy evil villain with no sense at all.  http://inproportion2.talkigy.com/nordic_comparison_4jul.html

9.  This next perspective on the causes of our outrageously-high death toll is the most important one so far.  I just talked with a local environmental engineer who is absolutely terrified of COVID.  "It's even in our sewage system!" he cried.  Of course it is.  COVID germs are everywhere now -- and have been since at least the autumn of 2019 when they were found in a sewer in Madrid.  But do you know what this actually means?  It means that almost every death in America from now on can be counted as a COVID death!  Wow.  Be afraid.  Be very afraid.  Be afraid of this justification of a lock-down that will go on for ever and ever.  Be afraid of the billions of our dollars being endlessly pumped into Big Pharma as a result.  https://www.youtube.com/watch?v=_PI6HgoIv_U&feature=youtu.be 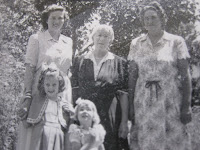 9.a.  Even all those totally unnecessary deaths that were actually caused by unhealthy lock-downs, evictions, job-loss, lack of medical treatment, dying children in cages and even suicides?  Count 'em anyway.  If the COVID virus is present, then death was obviously a result of COVID, right?  Even more and more deaths to count.  Brilliant on the part of those who clearly profit from our fear.  https://www.cnbc.com/2020/05/21/american-billionaires-got-434-billion-richer-during-the-pandemic.html

So, yes, COVID death numbers are being nudged up systematically.  According to physics professor Denis Rancourt, "The actual yearly 'winter burden of death' has not changed this year.  Bodies aren't piling up in the streets."  We don't even hear more ambulance sirens screaming into the night than we heard last year, right?  https://www.youtube.com/watch?v=C1ODBTdNiG0&list=PL9JldIf7HUZQ7zzCvdewwGNwzKRzpi9tf

But who benefits from nudging up the death numbers?  Besides the Grim Reaper?  It's the same sorry punks who benefited from the WMD lies, the lies about Syria, the housing crisis of 2008, the PATRIOT Act, the phony "war" on Vietnam, etc.  https://www.blackagendareport.com/syria-corporate-media-lies-and-true-face-imperialism-interview-richard-medhurst

Pay attention.  Stop watching TV.  Follow the money.  Vote the bastards out.  Man up.  They're more afraid of us than we are of them.  https://dissidentvoice.org/2020/07/government-of-for-and-by-everyone-equally/

Denis Rancourt on comparing COVID with the flu:  Everything most important about COVID in 15 minutes - Denis Rancourt zoom talk to community group

Cytokine storms have been with us long before COVID:
https://www.breakthroughs.com/foundations-science/inside-cytokine-storm-when-your-immune-system-too-strong?fbclid=IwAR1kn3V_mD53f2ECTVljnmwO3QUw86AXOgc3H-E0VDBSJWi9aIe5Sz0u6Vw


Corona -- the simple truth in under six minutes:  https://the-iceberg.net/

More sleazy stuff that Gates is up to:  Why the Bill Gates global health empire promises more empire and less public health | The Grayzone

Many condemn Del Bigtree for his dramatic presentations -- but when you are speaking truth to power, sometimes you just gotta get a bit passionate.  And a lot pissed off too.  Like me. https://www.youtube.com/watch?v=7U4zXB4xxMQ&feature=emb_rel_end

COVID is not even an official epidemic?  Not even dangerous for healthy people?  Death numbers are going down even despite all of the above.  C0R0NAVlRUS Cases Surging but Deaths are Not, Here's Why

Stop Wall Street and War Street (and Big Pharma) from destroying our world.   And while you're at it, please buy my books.  https://www.amazon.com/Jane-Stillwater/e/B00IW6O1RM
Posted by Jane Stillwater at 8:02 PM