Exactly which part of America's weird Invasion of the Body Snatchers foreign policy don't you understand?

Exactly which part of America's Psycho approach to world domination has you mystified?

There are at least 13 Reasons Why so many Syrians, Yemenis, Afghans, Venezuelans, Libyans and Palestinians are dying like flies -- like in Lord of the Flies.

Most Americans seem to think that America's foreign policy is heroic and democratic and kind -- something like Batman Returns or The Avengers or Captain Marvel or Ant-Man & the Wasp.  It is not.  Quite the opposite.  And, speaking of horrors, didn't most people in Nazi Germany used to think that Hitler's foreign policy was also heroic, democratic and kind?

Take Syria for example.  Or Iraq.  Or Honduras.  Good grief, no wonder movie-goers there prefer watching From Russia With Love and Enter the Dragon rather than America's current blockbuster foreign policy designed by Chucky, Annabelle, the Joker and Carrie.  "Happy Death Day" is definitely not the best way to greet our overseas neighbors.

Since 2001, Syria has been systematically bombed, burned, butchered, terrorized and starved by the USA and its allies.  America' latest ploy was to swoop in with incendiary bombers and set fire to Syria's grain crops, causing over 17 million Syrians to face starvation, most of them under the age of 14 -- thus giving a whole new meaning to Children of the Corn.  No wonder America's foreign policy is not a huge box office hit in the Middle East.

Sadly, America's current screen image around the world isn't like Seal Team or The Rookie or NCIS.  It's more like Criminal Minds.  https://jpstillwater.blogspot.com/2019/10/union-maid-my-wonderful-visit-with.html 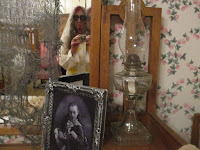 But the part that scares me the most about America's horror-show foreign policy is that since our leaders in Washington have been visualizing it as some kind of slasher flick for decades now, what's to stop them from making this abomination their domestic policy too?  Sort of like a re-make of Law & Order: Special Victims Unit.  With us as the victims?  Using their new plan for economic ruin in the Middle East as The Shining example of how to produce terror here at home too.

Oops.  Too late.  They've already created economic ruin in the USA as well as in Damascus and Gaza.  Their BlackRock Witch Project has already created The House on Haunted Hill millions of times over here in America -- homes that none of us can afford to live in any more.  https://dissidentvoice.org/2020/06/meet-blackrock-the-new-great-vampire-squid/ 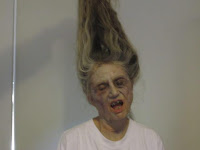 And Washington's next new domestic-terror films are already in the pipeline.  In production right now are Plandemic on Elm Street and The Federalreserveville Horror.  Plus I Know What You'll Do Next Summer will be coming out soon -- followed by George Floyd 2, The Sequel and Night of the Living Dead: New World Order.  https://kurtnimmo.blog/2020/06/20/covid-identity-politics-and-the-global-ruling-elite/

After America's Flesh Eater foreign policy has played so well in Iraq, Libya, Syria, Palestine and Yemen, it will soon be playing at a theater near you as well.

Absolute must watch:  Max Blumenthal exposes so many US lies that it's painful to even think about all the ways that our government has lied to us.
https://www.youtube.com/watch?v=DNI5A5P3qwA

Stop Wall Street and War Street (and Big Pharma) from destroying our world.   And while you're at it, please buy my books.  https://www.amazon.com/Jane-Stillwater/e/B00IW6O1RM
Posted by Jane Stillwater at 10:45 AM