To paraphrase Joe Biden, "Gaza has a right to defend itself"

When you were a little kid, did the schoolyard bully try to steal your lunch money?

When Hitler invaded Poland, did the Poles have a right to fight back?

When terrorists bombed the Twin Towers on 9-11, Americans felt violated, naked, afraid -- and pissed off.

When I was attacked by a wannabe rapist with a knife to my throat and he told me, "Don't scream," guess what I did? 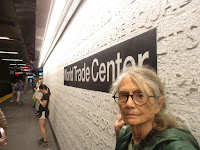 This week, impeachment proceedings in Congress have taken up much of our news cycle.  But somewhere in the deep recesses of FaceBook there are sad photos of babies in Gaza being blown up by Zionists wielding huge missiles and bombs.  https://www.facebook.com/alsheikh.fawaz/videos/168358650893188/UzpfSTEwMDAwMDU1NTczNzY0NDoyOTc5NTg3NTE1NDAzMDc3/?fref=hovercard&hc_location=none

Doesn't Gaza have a right to defend itself too?

Don't the West Bank, Palestine and even Syria and Yemen also have a right to defend themselves?  https://mondoweiss.net/2019/11/joe-biden-declares-that-israel-has-a-right-to-defend-itself-after-its-military-kills-multiple-palestinians-with-missile-attacks/

Let's stop paying these vicious Zionist schoolyard bullies the blood money that they use to attack and metaphorically rape the defenseless people of Gaza again and again.

Stop Wall Street and War Street from destroying our world.   And while you're at it, please buy my books.  https://www.amazon.com/Jane-Stillwater/e/B00IW6O1RM
Posted by Jane Stillwater at 7:36 AM