Homelessness in Dallas: Dangerous symptom of a deadly national epidemic

I arrived in downtown Dallas on a furiously cold windy wet rain-soaked night, so cold that teardrops almost froze to my face as I desperately searched for the bus stop that would take me to my friend's warm cozy nest in Oak Cliff.  I asked everyone that I met on the street, "Where can I catch the #21 bus?"

And every single person I met that night was homeless.  Soon the #21 bus arrived and I gratefully climbed aboard, into the light and the warmth.  But for the homeless people I left behind me?  They were faced with the sole option of spending an entire night in this frozen gunk.

I had just flown in from Berkeley, CA, where homelessness is a real problem.  We have numerous tent cities, homeless encampments and homeless shelters there.  But now I'm here in Dallas and things here are even worse.

It then became instantly clear to me that homelessness isn't just some low-level outbreak in just a few cities.  It's a freaking national epidemic.  It's everywhere in America.  And it's highly contagious.  Far worse than the so-called measles epidemic, where perhaps four (4) people died last year.  Even worse than the horrific AIDS epidemic, where 15,807 people died.  1,047 homeless people died last year -- in Los Angeles County alone.  Even despite all that California sunshine.  https://www.theguardian.com/us-news/2019/oct/30/homeless-deaths-los-angeles-county 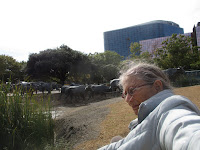 A lot of the homeless people I met here in Dallas were older Black men, intentional products of America's endless conveyor belt of racism and discrimination.  But a lot of them looked just like you and me -- only with a shopping cart and shabby clothes instead of haute couture from Macy's or Target.  Homelessness is highly contagious here in America today.  You and I could catch it too.

We could catch it from our bosses, from our government, from the billionaires who exploit us, from banksters, from student-loan sharks, from our children's lack of education and even from our freaking healthcare medical plans.

In America, no place is safe from the homelessness germ. 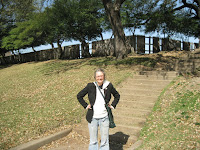 But the truly sad part of this story is that the our Center for Disease Control and Prevention in Atlanta is doing nothing to prevent this terrible contagion from spreading!  In a country gone mad with its addiction to vaccinations, how come there is absolutely no vaccine against being homeless?  No vaccine against a disease far more deadly than measles and HIV combined?  Don't tell me that there are no homeless people in Atlanta.  We all know better than that.  https://prepareforchange.net/2019/02/03/vaxxed-ii-the-peoples-truth-coming-in-2019/

Victims of this deadly plague in Berkeley, Dallas and even Atlanta are not just lone samples in a petri dish somewhere in a medical lab.  They are the canaries in the coal mine.  You and me could easily be next.

C'mon, CDC, show us some grit.  Build houses.  Provide shelters.  Give out weighted blankets and front door keys and central heating and bathtubs.  Bring all those trillions of American dollars back from Israel and Iraq.  Let Afghanistan and Syria sort out their own problems.  Give that money to Berkeley and Dallas.

PS:  Have you ever heard of Dallas's Silicon Prairie?  It's a totally weird place.  I was taking public transit in from the airport and suddenly right out in the middle of nowhere there were about 10,000 new high-end townhouses and condos, sprung up like mushrooms.  Get my point?  Housing can be easily provided.  In a hurry.  Even for the homeless.  In a prefect world.  "I want a Perfect World so bad!" cried Jesus. 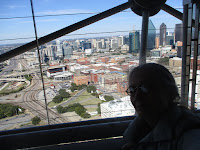 PPS:  From the top of Dallas's high-rise Reunion Tower, I looked out over all of Dallas's sprawling urban metroplex, floating far down beneath my feet.  And what did I see?  Freeways.  Lots and lots of freeways.  It looked as if at least one third of Dallas's former housing stock had been horribly disfigured and decimated in order to put in this bloodless and useless freeway octopus.  Let's tear it all down and build housing instead.  Let's stop this deadly epidemic in its tracks.

Let's get our priorities straight.

PPS:  How can Americans keep swallowing that bare-faced lie that President Assad of Syria is an evil dictator?  At least in Syria, people aren't systematically made homeless like they are here in the U.S.A. under our current government-by-oligarchs as our jobs melt away to Haiti and Bangladesh.  In fact, the only way that a person in Syria can end up homeless is after we Americans and our partners in crime ISIS, the Zionists and the Saudis have bombed the shite out of his or her home.  https://www.globalresearch.ca/america-created-al-qaeda-and-the-isis-terror-group/5402881