Author's note:  If you haven't already noticed by now, I truly do dislike Israeli neo-colonialists and Saudi neo-colonialists.  Hell, I don't even like American neo-colonialists.   Why can't everybody just stay home where they belong!  And also how come everyone gets on my case for truthfully calling out Israelis and Saudis -- but if I were to lie through my teeth about Russia, Syria, Iran or North Korea, I'd get all kinds of applause?  https://www.youtube.com/watch?v=ziAK91AEEl8&feature=youtu.be

Dying for Israel: Apparently the USS Liberty started a trend

According to Lt. General Richard Clark, U.S. ground troops are now "prepared to die for the Jewish [sic] state".   https://www.mintpressnews.com/israel-us-operation-juniper-cobra-a-harbinger-of-war-on-syria-hezbollah/238768/

Too late, General Clark!  Lots of American soldiers have already died for Israel.

For instance, just ask Joe Meadors, a survivor of the Israeli attack on the USS Liberty back in 1967.  After nine hours of surveillance on the hapless ship, Israeli fighter jets then continuously bombed and strafed the USS Liberty while Israeli torpedo boats opened fire on it.  This deadly bombardment lasted more than an hour, killing 34 American military personnel and ripping two rather large American flags into shreds.  https://www.seattletimes.com/seattle-news/deadly-attack-on-uss-liberty-gets-new-attention/

And then there's Iraq.  4,424 American soldiers died there.  According to US Senator Ernest Hollings back in the day, "With Iraq no threat, why invade a sovereign country?  The answer:  President Bush's policy to secure Israel."  https://theshalomcenter.org/node/621 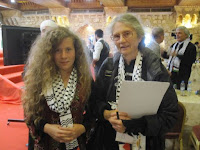 So, yeah.  American soldiers have already been dying for "the Jewish state" -- or at least for Israeli neo-colonialists' lust for power in the Middle East.

Civilian Americans have also died recently when a pedestrian bridge collapsed in Miami.  America seems to have no money left to repair its infrastructure -- but there's still lots of money left to get American soldiers killed in the Middle East.  Israeli neo-colonialists must be totally happy that this is still a thing, still a trend.

So.  What does all this "Dying for Israel" fad have to do with little old me?  Am I being anti-Semitic?  Nah, I'm just still pissed off that Israeli thugs threw me out of Palestine last September.  "We are trying to keep Israel safe," they said.  What?  Huh?  Safe from ME?  https://jpstillwater.blogspot.com/2017/09/grilled-my-experience-at-israeli-border.html 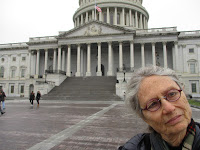 PS:  When I toured the Senate and House chambers on Capitol Hill the other day, I forgot to ask all those war-mongering lawmakers if they too were willing to "Die for Israel".  But apparently not.  Apparently it's okay for others to "Die for Israel" -- but not them.  They gotta stay alive and well so they can still get their dark-money campaign contributions from the Israelis and the Saudis (not from the Russians BTW).  https://www.commondreams.org/views/2018/03/15/iraq-death-toll-15-years-after-us-invasion

Stop Wall Street and War Street from destroying our world.   And while you're at it, please buy my books.  https://www.amazon.com/Jane-Stillwater/e/B00IW6O1RM
Posted by Jane Stillwater at 10:06 AM