Mothers Day: 100 ways the Deep State plans to kill off your mom...

First let's start with the obvious.  By cutting down on the availability of healthcare in order to buy more weapons and give more Lean-Green to banksters, thousands of American apple-pie-baking moms are automatically gonna get hauled before death panels right before our very eyes.  Sorry about that, Mom, but your cancer is a preexisting condition.

And of course many more moms will die because the powers-that-be said goodbye to female healthcare -- abortions, birth control, Planned Parenthood and all that.  Who the freak needed that anyway?  Besides your mom of course.

And this new thing that just happened at the Hanford nuclear waste site?  Is it really as bad as Fukushima and Chernobyl?  Or will only a few hundred moms die of breast cancer?  Well, we already got too many moms anyway.  Would you mind awfully if one of those dead moms was yours?  http://www.npr.org/sections/thetwo-way/2017/05/09/527605496/emergency-declared-at-nuclear-contaminated-site-in-washington-state

Plus there's always Syria.  The Deep State (and its BFFs in Israel, ISIS and Saudi Arabia) and its current pawn in the White House are up to their eyeballs there right now.  Between the vast line-up of American "advisers" and material currently hanging out on the Syrian-Jordanian border and the blatant American interference in Raqqa and Idlib, there's gonna be a whole lot more (coordinated) shaking going on in Syria any time soon. https://www.facebook.com/groups/461619557192964/

But what will happen there next (besides a whole bunch more Syrian mothers being butchered by US weapons)?  Will Russia step in to prevent the criminally-illegal overthrow of President Assad -- who really is a good guy despite everything the Deep State and fake news tries to tell us?  And what will Iran and China do next?  Are we gonna be doomed to WW 3 now for sure?  Plus each of the hundreds of American trucks and tanks amassed on the Syrian-Jordanian border represents the cost of a really nice Mothers Day gift for at least 100 American mothers.  What a waste. https://www.almasdarnews.com/article/pictures-syrian-drones-spot-hundreds-us-jordanian-armored-vehicles-border/

But if WW 3 doesn't bump off our mothers, then there are still other ways to off them.  Because "war" is the ultimate source of deadly air pollution throughout the entire world, then WW 3, even if our moms survive it, still isn't gonna be any good for our mothers either -- or even for you and me for that matter.

Now let me see.  How else can the Deep State kill off dear sweet Mom?  Hmmm.  Big Pharma has lots of ideas.  Monsanto is already at work on the problem.  And without EPA regulation, Mom is so much closer to being Toast.  Then there's the drinking water in Flint, Michigan, the various cuts to Mom's pensions and of course all that fracking.  "Buck up, Mum," you might say to your mother on Mothers Day.  "Just think about how nice it is that we are getting rid of all that damned government regulation."  Oh, and too bad it will cost you your life. 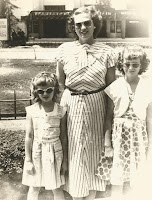 My own mother died suddenly of a stroke many years ago but I still visit her grave as often as I can and have nice conversations with her tombstone.  Now you can look forward to doing that too.  "What?  You'd rather have a live mother than a dead one?"  The way that American voters are acting right now, you sure could have fooled me.


PS:  But what exactly is the Deep State anyway, and why exactly are its minions so very anxious to throw Mama from the train (or under the bus)?  The only way we can actually pin it down -- other than to watch the last five episodes of ABC's "Scandal" -- is to see its Gawd-awful results and then try to work our way backwards from there.

Endless "war," the off-shoring of our jobs, the disappearance of our middle class, homelessness, the neo-Jim Crow voting laws, air and water pollution on a grand scale, the Great American Land Giveaway, political witch-hunts and buy-offs, a shackled press, mass incarceration, the creation of a one-percent uber-alles ruling class.  Now what red-blooded patriotic American in his or her right mind would ever want to create some horrid anti-American nightmare like that?  There's just gotta be some kind of evil Boris-and-Natasha-type Bad Guys behind this.  And there is.

Plus here's a sneak preview of my latest book, a thrilling murder mystery entitled "Road Trip to Damascus," hopefully coming out by the end of 2017:  http://straitwellbooks.blogspot.com/2017/05/new-book-by-straitwell-press-coming-out.html
Posted by Jane Stillwater at 4:20 PM