The brotherhood that oil built: Terror in the Middle East

In the past year, the Saudis have dropped 90,000 bombs on Yemen, a country the size of a postage stamp.  Let's just think about that for a minute.  Yuck.  Don't the Saudis have anything better to do with their money?  I could think of a million things better than that.  http://www.counterpunch.org/2017/04/19/us-moves-toward-major-intervention-in-yemen/

"Hey, Saudis!  For the price of just one of those bombs, you coulda sent me to Paris for a week, put me up at the Ritz."  Poor Yemenis.  They didn't even get a freaking T-shirt out of the trip.

And have you heard about ISIS' latest unspeakable crime?  They recently tricked out a car-bomb to look like a food truck, used it to offer snacks to children in Syria, set the bomb off, slaughtered 116 children, packed the kids' mutilated bodies into the back of a truck and drove it off to their hideout in Turkey.  https://ingaza.wordpress.com/2017/04/22/zeinab-she-was-forced-to-watch-the-massacre-of-116-children-vanessa-beeley-on-terrorists-massacre-of-foua-kafraya-civilians/

Who the freak dreams up doing stuff like this?

And the Israeli neo-colonialists have just bombed Syria too.  Seriously?  And a church just got blown up in Egypt.  And this is only a partial list.  Gaza, Libya, Afghanistan, Iraq, Iran -- so many places to bomb, so little time.  https://consortiumnews.com/2017/04/20/why-not-a-probe-of-israel-gate/

Living in the Middle East these days really sucks eggs.

You know how little kids love to trail around after their big brothers and want to be like them?  And who do the Saudis and ISIS and the Israelis wanna be like when they grow up?  America!  In the past several decades, America has bombed the shite out of practically everything in the Greater Middle East.  "I wanna be like that too!" scream the Saudis, ISIS, the Turks and the Israelis.  http://dissidentvoice.org/2017/04/how-did-al-qaeda-know-in-advance-about-the-syrian-air-strike/

And then America has the nerve to complain about how their little brothers in terror are always following them around. 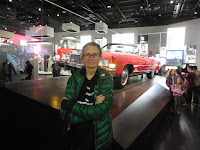 But why is America happily giving all these "free home demonstrations" in terror to their little brothers -- who have in turn copy-catted America by creating even more terror in the Middle East, Europe and New York City?  It's always about oil.  By now, we all know (or should know) that the mother of all these psycho-weirdo siblings is an insatiable lust for oil.

Ah, if only America had spent all those trillions of dollars on solar power (and you and me) instead of on terror.

PS:  Back in the 1960s when President Johnson was happily slaughtering more children-per-hour than even Hitler had managed to murder in Poland, me and my friends would take to the streets and chant, "How many kids have you killed today?"  But now it appears that the very same American military complex that messed with Johnson's head has now  convinced President Trump that it would be an even better idea to get a head-start on LBJ's world record by slaughtering as many "beautiful babies" in Syria, Iraq, Yemen, Somalia and Indonesia as Trump possibly can in his first 100 days -- and probably in North Korea too.  http://www.globalresearch.ca/now-only-rational-thinking-can-save-the-world/5584987
Guinness, we may have the makings of a whole new baby-slaughtering world record forming up here.

Stop Wall Street and War Street from destroying our world.   And while you're at it, please buy my books!  http://straitwellbooks.blogspot.com/2016/04/our-top-best-seller-right-now-is-bring.html
Posted by Jane Stillwater at 12:16 PM