Voters' choice: GWB in a pantsuit or Nixon with weird hair

A friend just asked me, "Hey Jane, why are you always hating on Hillary Clinton?"  That's an easy question to answer.  I spent eight long hard dreadful years hating on George W. Bush -- but when Obama was elected, I thought I could finally relax and have nothing to complain about any more.

Boy was I wrong.

Between Obama's giveaways to the banks and his love of bombing the shite out of anything that moved on the other side of the world, I almost began to long for good old GWB.  At least with Dubya, you knew he was a snake.  http://readersupportednews.org/opinion2/277-75/38513-hillary-clintons-turn-to-mccarthyism

And Clinton, Obama's former Secretary of State, turned out to be a snake too -- and a poisonous one at that.  She killed, murdered, plundered and sacked her way though the Middle East like some evil Barbary pirate.  She was George Bush in a pants-suit.  Why would I ever vote for her?  "Politico reports that the Clinton campaign is wooing Condoleezza Rice, James Baker, George Shultz, and Kissinger, the granddaddy of them all."  Kissinger?  Really?  https://newrepublic.com/minutes/135877/clinton-campaigns-fetish-henry-kissinger-getting-hand

And then along comes Donald Trump.  He's like Richard Nixon only with weird hair.  And his campaign seems to be all about bringing Nixon's "Southern Strategy" back from the dead just in time for Halloween.  And Trump is also like Ronald Reagan.  Trickle down?  Yeah right.  We already saw how badly that worked out.

But it really doesn't matter whether Clinton or Trump gets elected in 2016.  Either way, we voters are gonna be as screwed as we were back when Bush II stole the presidency in 2000, Nixon bombed Cambodia, Reagan deregulated Wall Street, Bush I invented the Gulf War for fun and profit, Clinton I shoved NAFTA down our throats and Obama mendaciously promised us Hope and Change.  http://www.allthingscynthiamckinney.com/category/press-releases/

The only difference between then and now is that Nixon, Reagan, Bush I, Bush II and Clinton all started off with a relatively good economy and then sent it downhill -- whereas Trump and/or Clinton II will be starting off with an economy already in the pits.  How much further down can they take us?  We may be about to find out.  http://www.moonofalabama.org/2016/09/todenh%C3%B6fer-interview-with-al-nusra-commander-the-americans-stand-on-our-side.html

"So what should we do?  Who should we vote for?" you might ask.  "Flip a coin for the lesser of two evils?"  No.  The world's greatest super power should never be forced to do that.  Why not vote for Dr. Jill Stein instead.  "But won't that be just wasting our vote?"  Hell, no.  If you vote for either one of these Bush/Nixon/Clinton/Obama/Reagan wannabes, your vote will already be wasted.  http://www.jill2016.com/

PS:  At the first presidential debate, Clinton shamelessly pulled yet another one of those fake Reagan/Bush/Obama "City on a Hill" feel-good moments out of her hat.  Peace and love and jobs for all -- and it totally sounded awesome!  But nothing in Clinton's record supports or even suggests that she will actually do anything that she just promised us.

Basically, Clinton blatantly stole her debate script straight off of poor sweet Bernie Sanders' Twitter account.  "Whew, I just dumped that whole load of Bernie-crap on the voters," she probably told Bill later, "and they all seemed to fall for it too."  But once elected, she'll never have to promise any of that crap ever again -- let alone actually do it.  "Let's go celebrate with Kissinger," she probably said next.  "Suckas!"

The Queen of Chaos is gonna bring us happiness and good jobs?  Not.  http://www.informationclearinghouse.info/article45600.htm

Hasn't anybody in America ever learned anything about false promises -- even after having been schooled in that art by Obama, the Bush dynasty, Slick Willy, Reagan, Nixon and Johnson?  The Masters themselves?  Apparently not.

People will probably hate me for this but if it finally comes down to being forced to choose between Trump and Clinton, I will chose Trump.  At least he hasn't buried all those hopeful and foolishly-idealistic Bernie Babies under a huge bull-crap pile of pie-in-the-sky promises that will never be kept.  https://www.rt.com/news/361674-syria-aleppo-media-bias/

And in addition, while Trump may appear to be an idiot and a bigot who hates Muslims, Clinton already is a stone cold killer who has actually caused the cold-blooded murder of thousands and thousands of Muslim women and children.  And as for her being a friend of Black people?  According to Ezili Danto, the Clinton Foundation has practically raped Haiti https://www.ezilidanto.com/ -- not to mention all the AfriCom atrocities that happened on Clinton's watch.  http://www.blackagendareport.com/category/africa/africom.

PPS:  Last night during a PBS news segment, commentators once again lied to us about Syria and Aleppo.  On national TV.  On a public news station that we ourselves pay for.  Yes, we Americans are actually paying people to lie to us.  But then why should I be surprised.  It's not like it's never happened before.   http://www.moonofalabama.org/2016/09/a-few-links-on-syria-and-other-issues.html#more 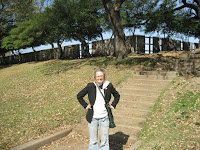 Just as surely as Shimon Peres was never a terrorist and Obama is a man of peace and Bush II only wanted to bring democracy to Iraq and Reagan dearly loved the indigenous people of Central America and Nixon didn't carpet-bomb Cambodia and Johnson was right about Vietnam being a good idea and good Germans were all just victims of misinformation during WW II -- just as surely as the sun rises in the west each morning and pigs fly, will we American voters finally be told the truth by our corporate-owned government and media so that we can vote intelligently in our own best self-interest this November.  http://www.counterpunch.org/2016/09/23/shimon-peres-and-the-saga-of-sisyphus/

Stop Wall Street and War Street from destroying our world.   And while you're at it, please buy my books!  http://straitwellbooks.blogspot.com/2016/04/our-top-best-seller-right-now-is-bring.html
Posted by Jane Stillwater at 10:42 AM