Guess which country produces the most oil?

Exactly which country is the top dog in this world when it comes to producing black gold?  The answer to this question may surprise you.  No, it's not Saudi Arabia, a despotic tyranny mostly owned and/or in league with American oil companies.  You would think that Saudi Arabia would be number one -- considering all the publicity the House of Saud receives from its many luxury purchases in Paris and New York (and in Washington DC too if you count purchasing the Bushes and the Clintons).  But no.  http://www.veteranstoday.com/2016/09/10/us-sue-saudis-for-911-law-would-be-a-geopolitical-tectonic-shift-because/

And, no, it is not Iraq, a country that was brutally invaded by American oil interests solely for its mega-supply of fossil fuel.

And no, it's not Libya either -- even though that country would still be happily ruled by Gaddafi right now instead of being just another grim terrorist hideout if it wasn't for Libya's oil.  http://dissidentvoice.org/2016/08/the-NeoCon-in-the-oval-office/

No, it's not Venezuela either even though that is yet another country that American oil interests have been trying to stage a coup in for years so they can get their hands on Venezuela's fabulous crude.  No luck so far -- but the oil barons keep trying.

Canada?  Guess again.  Plus Big Oil already owns most of Canada's production so there's really no need to invade and overthrow it now.  http://www.informationclearinghouse.info/article40162.htm 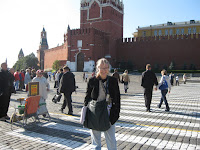 And then there's Russia, who really does produce a lot of oil -- even more than Saudi Arabia.  And, boy, would American oil companies love to get their hands on Russia's oil.  Hell, American oil companies have already started planning their next big "Shock and Awe" invasion scenario -- so that they can finally do to Russia what they've already done to Libya, Syria and Iraq.  http://www.intifada-palestine.com/2016/09/57862/

Oil is the real reason why Russia has been getting all this huge NATO and US military activity on its borders recently -- in preparation for giving Russia the Full (Libya-Iraq) Monty too.  And here we silly Americans all thought that these various attacks on Russia were simply because of hating communism or something.  Foolish us.  It's always all about oil.  We should know that by now.  https://www.rt.com/business/345957-russia-oil-major-exporter/

"Okay, I give up," you might say at this point.  "Which country does produce most of the world's oil?"  Surprise!  It's the USA.  http://www.bloomberg.com/news/articles/2015-06-10/u-s-ousts-russia-as-world-s-top-oil-gas-producer-in-bp-report

"Wow!" you might be thinking at this point.  "All that oil belongs to us!"  But you would be wrong.  None of that oil belongs to us.  All that oil belongs to the oil companies.  Not only that, but the oil companies here are even subsidized by American taxpayers so that billions of $$$$ will keep on rolling in to Exxon, Chevron and friends -- not to us.  Plus we taxpayers are already paying for Big Oil's many wars to steal even more Black Gold.  Sweet deal!  For them.  http://www.counterpunch.org/2016/09/29/bad-theater-at-the-united-nations-starring-kerry-power-and-obama/

PS:  Has anyone watched the Charlie Rose show lately?  Once again last night I was shocked to the pit of my soul with the lies coming out of his mouth and the mouths of his guests regarding America's illegal war crimes in Syria.  No wonder so many of us who actually know what is going on in Syria don't believe the 9-11 "official story" either -- when the government and the media can't even stop their compulsive lying about Aleppo.

Stop Wall Street and War Street from destroying our world.   And while you're at it, please buy my books!  http://straitwellbooks.blogspot.com/2016/04/our-top-best-seller-right-now-is-bring.html
Posted by Jane Stillwater at 5:56 PM