What most adults have in common: Wet dreams

I hate Frank Sinatra.  Always have, even when I was a kid.  He's such a phony.  He sings all his songs like he's bragging, "Wow, look at me, aren't I so wonderful!"  Sure, the Chairman of the Board can carry a tune but what's the big deal?  So can a million other blue-eyed guys named Frankie.  I just don't get it.  Does he not also put his pants on one leg at a time like the rest of us?  Did he not also have wet dreams when he was a teen?

And when Sinatra croons "Fly me to the moon," is he not also using code words for s.e.x.?  Of course he is.  Where else did Nancy Sinatra come from if not from doing the nasty?

But guess what?  Old Blue Eyes is not alone here.  Almost every other adult on this planet, unless they are genetically modified by castration, female mutilation or something else equally gross, has wet dreams.  Or masturbates.  Or has had, is having or will have s.e.x.  How the freak do you think that we got to the point where there are now seven billion human beings on the planet if not for sex?  Fairy god-mothers?  I think not.

Even priests, monks, nuns, imams, rabbis and probably even zombies have some form of wet dream.  And why is that?  Because of orgasms, of course.  Have you personally ever had an orgasm?  Nice, aren't they -- if for no other reason than they force you to stop thinking for just few seconds.  During an orgasm, the whole world slips away and you become, for that instant, the king or queen of the world even if you don't live in Buckingham Palace -- and you are rich beyond compare even if you aren't an oil sheik or corporate pirate living on Park Avenue.

Even the poorest of the poor can afford a wet dream -- "Los pobres de los pobres," as they say in "Black Orpheus".  https://www.youtube.com/watch?v=NkxGkL7o9xk

"But Jane, you are digressing," you might say at this point.  And you would be right.  I actually do have a point to make here.  Actually, I have two of them.  First, of course, is that the human race needs to "make love not war".  Wet dreams are so much better (and so much more fun too) than the sleazy, greedy pornographic slaughterhouse nightmares being offered to us these days by Wall Street and War Street.  And my second point is to always avoid phonies, hypocrites, corporate-sponsored candidates for president and Frank Sinatra.

PS:  I just suffered through yet another operation on my poor broken wrist.  It's been over two years now since it was broken and I'm still in great pain.  And, unlike Hunter Pence, I am still not quite up to playing center field yet.

But don't even think for a second that I'm not totally and eternally grateful for the excellent medical care that I have received -- the best in the entire world!  And thank goodness for MediCare.  Without it, I would have been forced to live with a useless left arm for the rest of my life. 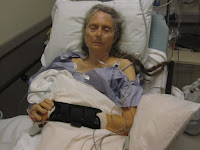 And also thank goodness that I'm not living in Libya, Iraq, Palestine, Ukraine, Afghanistan, Yemen, Paraguay, Honduras, parts of Syria or in any of the other countries that have been "liberated" by American neo-colonialists and their neo-colonialist allies.  For instance, if I was living in Libya right now, I probably wouldn't even have a left arm at all.  http://www.globalresearch.ca/syria-americas-inherent-resolve-to-destroy-another-sovereign-nation/5464871 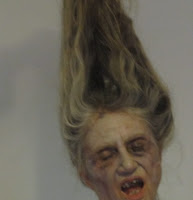 Hell, if I was currently living in those parts of Syria and Iraq that have recently been "liberated" by American-trained "moderate rebels" (aka ISIS), I wouldn't even have a head!

PPS:  And speaking of sex, a whole lot of poorly-informed people are proclaiming that the decline of the American Family in recent years has been due to abortions, birth control and same-sex marriages.  That is totally not true.  According to journalist Robert Putnam, the major cause of broken families and single-parent households in America today is, wait for it, the War on Drugs.  http://www.huffingtonpost.com/inge-fryklund/want-to-solve-inequality-and-child-poverty-end-the-war-on-drugs_b_6978462.html

According to "Orange is the New Black," one out of every 100 American adults has been incarcerated.  http://piperkerman.com/orange/bio

So if your dad (or mom) is currently in jail for possession of a baggie of marijuana, then of course your other parent is gonna have to work double shifts down at the car-wash or something in order to raise you by herself.  And this is a totally bad thing for the American Family -- and also for America in general because incarceration causes more crime than it prevents because it obliterates ex-cons' earning potential.  http://qz.com/458675/in-america-mass-incarceration-has-caused-more-crime-than-its-prevented/

So let's get all the dads (or moms) out of jail and educate them and provide them with decent jobs (ones that don't involve slave-labor wages or becoming cannon fodder for neo-colonialist wars) instead.  https://www.facebook.com/iseeitall/videos/10153052369309755/?pnref=story

Let's stop spending so much wasted money on war and prisons and start spending it on, er, sex education?  No, spending it on peace and LOVE!
Posted by Jane Stillwater at 9:35 AM