Beheadings: Why does the US support ISIS as well as Cecil?
Yes, I know that Cecil the Lion is old news right now, just one more forlorn leftover from last week's media cycle and therefore not really chic any more -- but bear with me.  There is still a very important question of morality here, one that I can't seem to keep from haunting the back lobes of my poor over-worked brain.

Apparently lions' lives matter -- but Syrians' lives do not.

If I were a Syrian or an Iraqi right now, I would demand that someone immediately put me in a zoo!  Hey, at least there I'd be safe and not on the endangered-species list any more.

And of course we also know how little Black lives matter here in America -- as compared to the life of one lion.  No one here seems to be getting as upset about the cruel death of Michael Brown or Sandra Bland as they did over Cecil the Lion's cruel demise.  Sometimes it just doesn't pay to be human.  https://secure.piryx.com/donate/mS25KFCe/MORE/mikebrown

And does even your own life matter these days either?  Does mine?  Hard to tell. 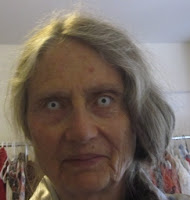 And exactly how old was Cecil the Lion anyway?  If he was getting fairly long in the tooth, would that have mattered either?  If the dentist hadn't beheaded him, would Cecil have been kicked off of MediCare and Social Security and stuck in a run-down nursing home for lions because that would be all he could afford?  Would the same thing have happened to him that is currently happening to a whole bunch of our elders here in America?  http://marygsykes.com/2015/07/22/randy-robinson-continues-to-fight-for-his-mother-in-detroit-michigan-probate/

And what if Cecil had been an African human being instead of an African lion?  Would we have minded so much -- or even noticed -- that millions of African human beings have already been slaughtered in the name of corporate profits by some jerks in the White House, the Congress, the CIA, the Pentagon and Wall Street?

I'd even be willing to bet that most of the Syrians and Iraqis who have lost their heads recently had never even heard about ISIS before their heads got chopped off -- or about the CIA jerks behind ISIS either.  And I'll even bet you the farm that the jerks who are currently running our disastrous foreign policy would just love to have their Syrian and Iraqi trophies stuffed and mounted on the walls of Congress, the White House, the Pentagon and Langley too.

PS:  Here's an interesting bit of information about the CIA-trained "moderate rebels" (aka ISIS) that War Street has sent off to terrorize the legitimate government of Syria.

$500 million of American taxpayers' money has been spent on training just 60 terrorists -- in either Jordan or Turkey, I forget which.  And 54 of them actually ended up in Syria.  And 18 of them actually fought against Syrians.

That's $925,925 of our tax dollars spent on each one of the 54 recruits sent to Syria.  And that's $2,777,777 per actual active terrorist that the CIA and friends have spent.  Geez Louise.  For that amount of money, that jerky dentist could have bought a whole zoo.

PPS:  "Hearts and Minds".  That was the reason that Wall Street and War Street lost the War on Vietnam -- and why they will also lose the War on Syria too.  And why they will eventually lose their War on the Entire Planet as well.  http://www.globalresearch.ca/why-syria-is-winning-advancing-towards-a-strategic-victory-that-will-transform-the-middle-east/5468277

And "Hearts and Minds" is also why that jerky dentist eventually lost his War on Cecil.
Posted by Jane Stillwater at 10:24 AM