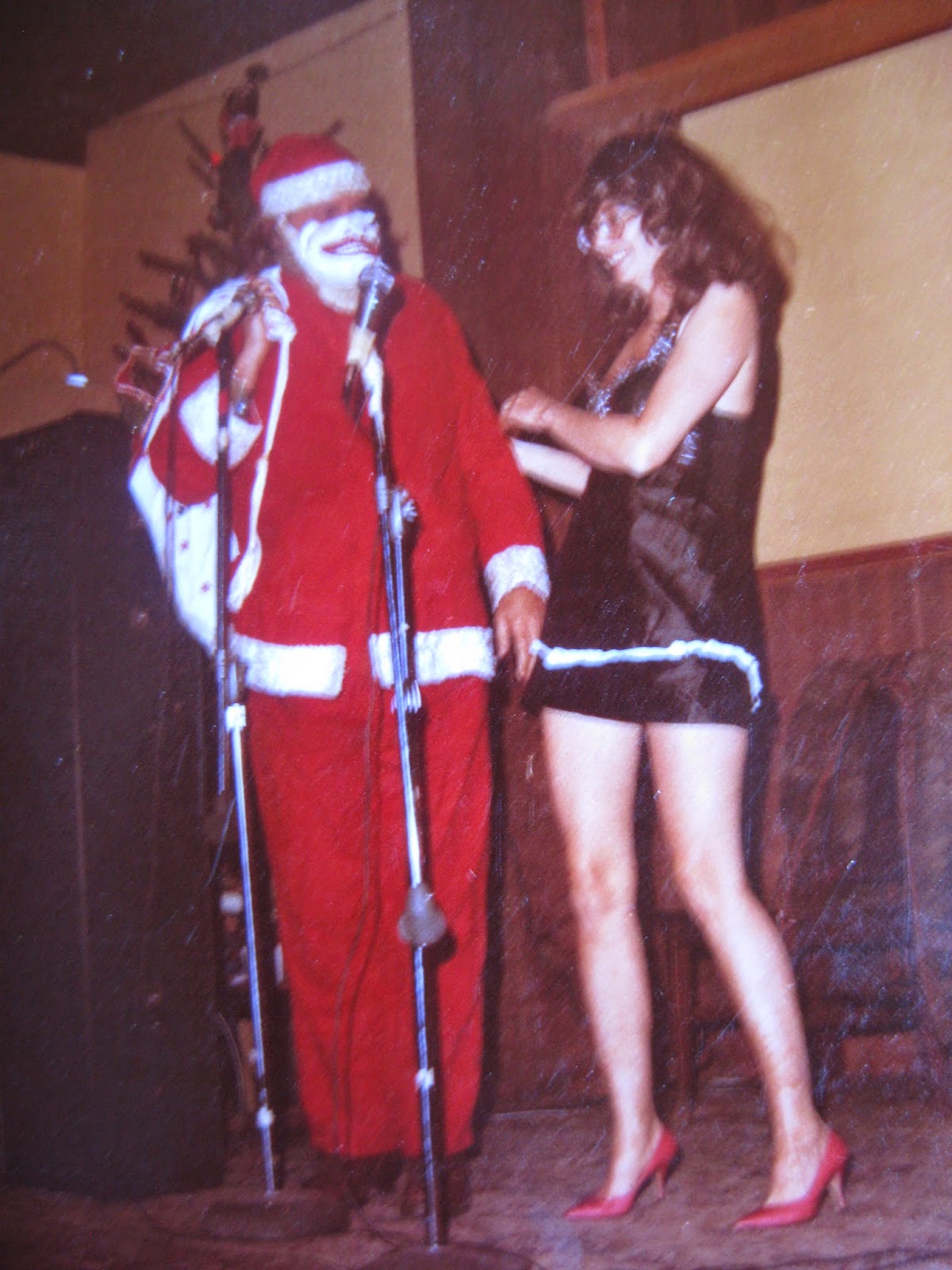 Obama got run over by a red-nosed reindeer
We may be in the Christmas season right now -- but what the freak has happened to all our "Tidings of Comfort and Joy"?  There only seems to be coals in our stockings these days.  And there only seems to be versions of "You'd better watch out" hanging around too.      For instance, right now the American economy seems about to stop jingling its bells, give just one last futile gasp and collapse like Santa Claus falling off a roof.  Only the Christmas Miracle of our economy's former strength keeps it from not crying and pouting under the load of [war] toys and [corporate-lobby] gifts that the top 1% have loaded our sleigh down with in the past several decades.
And not only that but our "Holy Nights" have now become a hecka lot less Holy -- ever since we've heard the sad tidings of what actually goes on in CIA black sites and torture camps.  "Do you hear what I hear?"  Victims of torture, screaming through the night.  Not exactly joy to the world, if you ask me.       I myself have been in a great deal of pain lately due to an operation on my left arm -- and have learned the hard way that pain is definitely not fun.  "Do you know what I know?"  Just exactly how long would any of us last under the pain of American-made torture when those black sites come to America too?  Let's just hope that we never have to find out.
America, like Nazi Germany, is now a country that embraces torture -- no matter what our 9-11 excuses are (I'm sure that Hitler had lots of Reichstag fire excuses too). http://www.counterpunch.org/2014/12/12/butchers-of-langley/       Regarding America's foreign policy, "O Holy Night" has now been replaced with "O Holy Crap!"
And in the Middle East, Jesus' very own "Little Town of Bethlehem" is once again under a Herod-like, child-slaughtering, grim occupation http://rt.com/op-edge/216507-israel-palestinians-gaza-massacre-uninhabitable/ -- as Bibi Netanyahu happily sings "Born is the King of Israel" to himself while visions of also being King of Egypt, Syria, Iran, Lebanon, Jordan, Saudi Arabia and Iraq now dance in his head as well, thanks to his generous support from American taxpayers' money and his own strategic support of ISIS and Sisi (Sisi is ISIS spelled backwards, BTW).  http://foreignpolicy.com/2014/12/19/isis-is-sisi-spelled-backwards-egypt-syria/
But what about "Hark the Herald Angel sing"?  Can we at least hear some herald angels singing out in Christmas joy these days, please?  Nope, not at all.  Those particular angels are completely silent this year -- on the subject of racism in America.  How can they possibly sing about equality and hope -- when the average African-American elf makes 15 times less than the average white Santa's helper here in the USA; almost as unequal as back in the day when African-Americans were bound into slavery like Moses in Egypt or in the antebellum South.
Baby Jesus would have hated slavery -- but apparently America's Red-Nosed States still really like it a lot. http://urbanpolicy.net/justice/
Then there's always "The [last] Noel the angels did say...."  And of course that would be climate change they are singing about.  "On a cold winter's night that was so deep."  Ho Ho Ho.     Not to mention the on-going and escalating threat of Fukushima.  http://www.japantimes.co.jp/news/2014/12/18/national/six-tons-of-tainted-water-leak-at-fukushima-no-1-during-korean-safety-tour/  No one hears anything about that any more -- but that doesn't mean that it still isn't going on.  "Silent Night".  https://www.youtube.com/watch?v=STSmFZeE50E
And of course "Away in a manger, no crib for a bed..." is still very popular these days.  40% of America's children are being raised in poverty -- plus most of their schools are crumbling, their chances for a college education is prancing away from them and their future job market looks as bleak as Tiny Tim's before Scrooge got set right.  "The little Lord Jesus, asleep in the hay."
And not only that, but the President of the United States himself seems to have got run over by a reindeer as well -- or at least he's been run over by the Republican party.  Of course we all know that this has happened -- but exactly why did it?  "WHY don't Republicans like Obama?" I keep asking myself.  Perhaps Republicans, like grandma, have been drinking too much eggnog?  https://www.youtube.com/watch?v=3zmnuNd5rX8      This complete distaste for Obama is a total mystery to me.  Just exactly why does Obama have all those Tea Party footprints on his forehead?  He has done every single thing that Bush and Cheney did back when they occupied the White House -- only, like Ginger Rogers, Obama has practically done it backwards and in high heels!     Torture?  Check.     War-mongering?  Check.     Supporting corrupt bankers, criminal Wall Street deregulation and the evil Federal Reserve?  Check.    Encouraging tax evasion for the wealthy?  Check.    Signing unconstitutional executive orders?  Check.    Lying to the American public about causes for war?  Check.    Standing back while militarized police attack peaceful protesters?  Check.    Hell, even Obama's new Cuba policy and healthcare system benefits large corporations instead of the rest of us.  http://www.globalresearch.ca/regime-change-in-cuba/5420956   About the only thing Obama hasn't done that Bush and Cheney easily got away with is to participate in election malfeasance -- that is, that I am aware of.  So WHY don't the Republicans like him?  Obama was even educated in an Ivy League college and has big ears and a smirk like George W. Bush!  Have the Repubs forgotten their medication?  I just don't understand.

But, in any case, and despite all the disastrous "bah-humbug" that we now receive from our so-called leaders, I would still like to wish a Merry Christmas to all Americans -- and a happy birthday to the Prince of Peace as well.
***************************** Photo is of U. Utah Phillips, the Golden Voice of the Great Southwest, playing Santa Claus at the Freight & Salvage Coffee House back in 1973.  Don't even try to guess who Santa's helper was!  https://www.youtube.com/watch?v=L5YoLjYD8QE
Posted by Jane Stillwater at 1:16 PM