Diaspora: People all over the world are now on the move
We are currently in a totally unique period in the history of the human race.  Seven billion people inhabit the planet right now -- and a good many of those are now on the move -- bumping around our world like glittering particles in a snow globe, shaken not stirred. 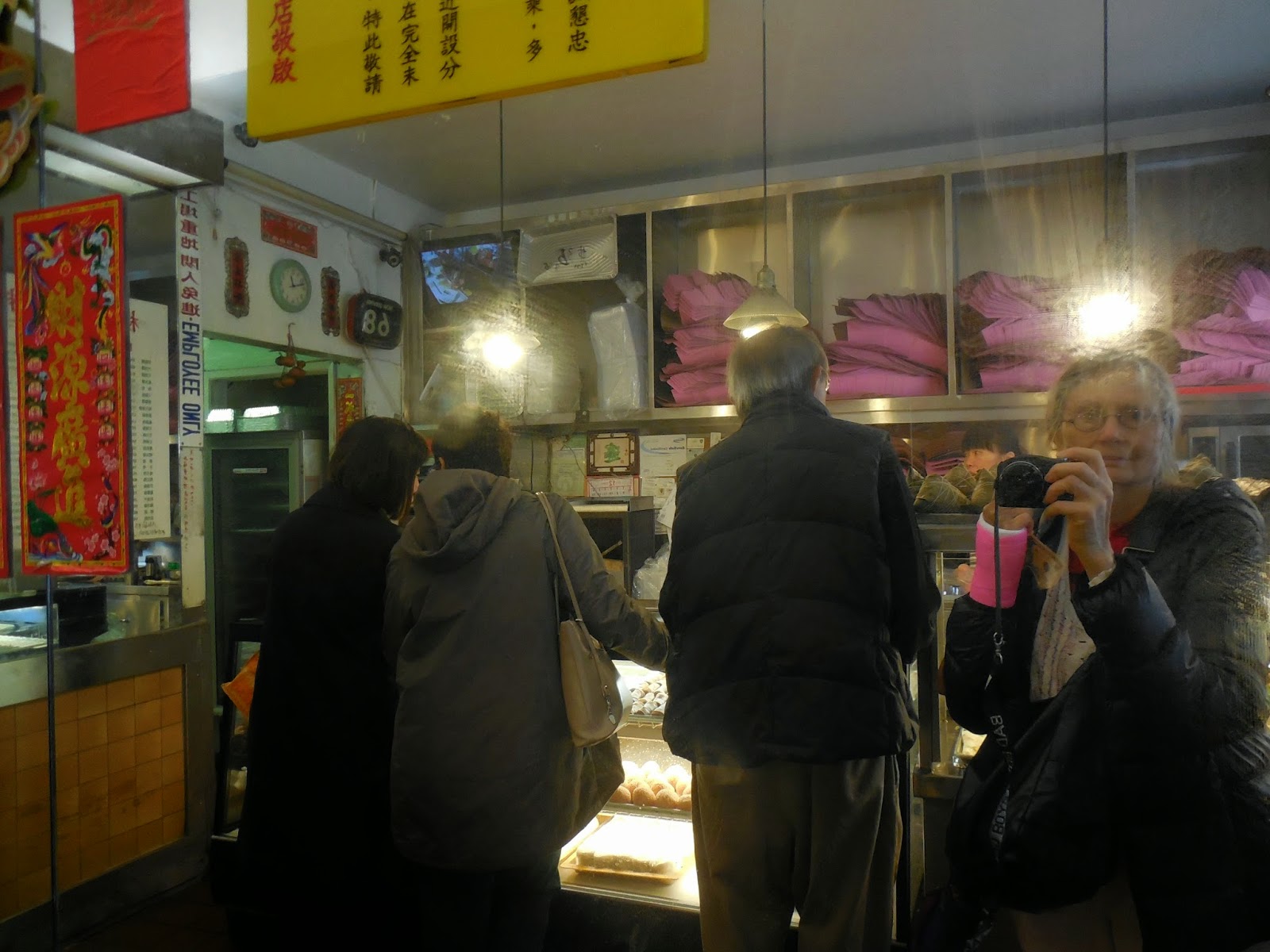 Back in paleolithic times, humans migrated out of Africa to every habitable corner of the world, sure, and of course for many centuries after 1492 there were boatloads of Europeans migrating off to the New World -- but this current worldwide migration is happening on steroids compared to what happened back then.
Now, instead of a few hundred Homo sapiens taking centuries to move from Point A to Point B or thousands of Europeans sailing off over a span of centuries, we now have hundreds of millions of human beings packing their bags and moving across oceans and continents within the span of mere decades -- or even within a few days.
It used to be that people lived in small communities of around 150 inhabitants -- and almost none of them traveled further than 20 miles from their homes in the course of their entire lives.  But now you find massive and disruptive diasporas happening everywhere you look.
In Berkeley, California, for instance, I recently went to a neighborhood potluck dinner -- and there were at least six different languages spoken there (not counting English) by people from all over the world.
Check this out:
The African diaspora:  Not caused this time by a forced migration of slaves but by the forced migration of natural resources.  For instance, hundreds of residents from other parts of Africa stream over the border into South Africa daily from even as far away as Congo and Sudan, looking for safety.  What drives this huge diaspora?  The looting of Africa's diamonds and oil by huge corporations.  http://business-humanrights.org/en/eritrean-refugees-file-claim-in-canada-against-nevsun-over-allegations-of-forced-labour-at-bisha-mine-eritrea
The Middle Eastern diaspora:  These days, all of Europe is being flooded with people from Yemen, Iraq, Palestine, Libya, Afghanistan, Pakistan, Egypt, Syria, etc., mainly as a result of wars being started in their home countries by the American military-industrial complex that President Eisenhower warned us about.  http://mwcnews.net/focus/analysis/48451-syrians-will-rebuild-aleppo.html
The new Israeli diaspora:  Thousands of Israelis are now ending up in America (and Germany, Ukraine and Russia of all places too), desperately escaping from their so-called "land without people for a people without land".  http://www.haaretz.com/mobile/1.625058?v=01A73EFCBF9193D32E259E93F5A7766F
These displaced Israelis left because they resented being victims of the old bait-and-switch con game.  They thought they were going off to live in a small safe haven on the peaceful shores of the Mediterranean -- only to discover that their new country had been taken over by uber-fanatic settlers, hard-core neo-nazi military extremists and Likud's dream of establishing a Netanyahu Caliphate from the Euphrates to the Nile.  "Not what I signed up for," these refugees lament.
The Latin American diaspora: Mexico, Honduras, El Salvador?  Whole populations are now on the move from there -- thanks to Reagan's wars on Central America, Clinton's NAFTA and the Bush-Obama "war on drugs".  And America's support for the cruel junta now in power in Honduras has imitated a sad and tragic latter-day Children's Crusade.  http://www.cispes.org/blog/salvadorans-commemorate-25th-anniversary-jesuit-massacre/
The Asian diaspora:  As a result of decades of American wars on Asia.  In California alone we now have Little Cambodia, Little Vietnam, Little Laos and Little Seoul.  I rest my case.
The Japanese diaspora:  Fukushima happened and now suddenly all of Japan has become radioactive and folks there are constantly looking for a safe way out.

The Tibetan diaspora:  When 1,200,000 of your closest friends and neighbors have been slaughtered by roving bands of Chinese Communist gangs, who could possibly blame you for thinking it might be time to move on to a safer 'hood.  http://www.namsebangdzo.com/Lord_of_the_Dance_p/11185.htm

Then there's the Iranian and Russian diasporas -- but those ones have been slowly drying up to a trickle as Russians and Iranians suddenly begin to realize there is no longer any better place to go.  http://www.counterpunch.org/2014/12/12/butchers-of-langley/
But one of the strangest international migrations these days is the migration of the members of ISIS.  These blood-thirsty pirates are now deliberately migrating toward danger spots, not away from them.  And in large numbers too.  Why?  Who the freak knows.  Like horses that refuse to leave a burning barn?  Or like psychopaths driven mad by being tortured and held in captivity for too long?  Or, more than likely, like mercenaries being paid big bucks by America, Turkey and the Saudis to wreck havoc on places containing natural resources and oil.  http://jpstillwater.blogspot.com/2014/10/question-for-isis-whered-you-get-all.html
"But why exactly are there suddenly so many diaspora start-ups happening in this new 21st century?  Why suddenly now?" you might ask.
Two reasons.
The first reason is that no matter where you go on earth today, the "haves" are busy stripping the "have-nots" of their treasures as fast as humanly possible -- and so the "have-nots" are simply following the trail of their stolen treasures back to the lands of the "haves".
The second reason can be explained in just one three-letter word:  W-A-R.  Brutal, heartless and unnecessary war.  Neo-colonial wars for profit.  Murderous wars based on shameless greed or racism or power.  And the American military-industrial complex is clearly responsible for most of these wars, either overtly or covertly. http://www.newyorker.com/humor/borowitz-report/cruz-stop-blaming-bush-things

People all over the world are now running away from American war planes, American weapons, American "boots on the ground" and American drones.  And, most recently, American paramilitary police.  Sucks to be a powerless weaponless peon these days, right?  http://www.washingtonsblog.com/2014/12/gov-tortured-killed-innocent-people-specific-purpose-producing-false-propaganda.html
"But what's your point, Jane?"

I have several points to make.  First, that the whole world has been agitated and shaken up -- and like ants in an ant colony, people are running every which-way to get away from all the threats.  Second, that all of this forced migration is not good -- not good for children or any other living thing.  Third:  That, sadly, we Americans will also have to pay the price for all this destabilization someday soon too.  And, fourth, that Americans should stop bitching about "illegal aliens" coming here following their treasures.  If the American military-industrial complex hadn't shaken our snow-globe, there wouldn't be such a huge immigration problem in the first place.
PS:  And then there's always the ongoing diaspora to California.  Sure, a few people do go off to live in the Red States -- but who the freak wants to live in Mississippi when they can be living in San Francisco!  And who would ever want to live in the frozen northern states under ten feet of climate-change-caused snow when the electricity goes off?
PPS:  Now let's talk about happiness -- what most of these global refugees are pursuing.  Happiness is a good thing, right?  And what makes us happy?  Kittens, puppies, money, new cars?  Sex and love?  Organic vegetables and Vitamin D?  Friends?
Or is it war that makes us happy?  With the American military-industrial complex's incredibly strong record of starting and maintaining wars, one would think that, if war truly made us happy, Americans today would be the happiest people on earth!  But we are not.
No matter how many "positive psychology" motivational speakers we worship or anti-depressants we take -- or "wars" we start, Americans are just not all that happy.  http://barbaraehrenreich.com/website/brightsided.htm.   Take for instance all those nation-wide protests against Wall Street and police brutality.  If Americans were really all that happy, would they be marching in the streets -- for no matter what reason?  And why aren't all our homeless children and unemployed former members of our formerly-great middle class wearing smiles on their faces either?
PPPS:  Economist Thomas Piketty states that, "The value of human capital is much higher than any other form of capital."  If this is true, then why is the American military-industrial complex happily engaged in killing off our most valuable and important form of capital both at home and abroad?  That just doesn't make sense.

Posted by Jane Stillwater at 10:49 AM