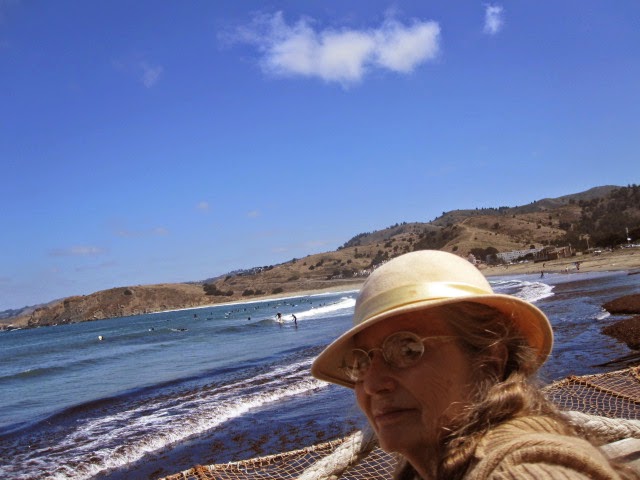 A caterpillar's life-cycle: How the American war machine gets its $$$$

Back when we took biology classes in high school, we all studied the life-cycle of the caterpillar, right?  Where it went from being a caterpillar to spinning a cocoon to becoming a butterfly to laying its eggs to hatching back into a caterpillar again, right?
I'm thinking that this life-cycle is rather similar to the life-cycle of Wall Street & War Street's huge, scary war machine -- which started out being mostly financed by American taxpayers, right?  But then as the "world's greatest super-power" began to grow and grow, its insatiable appetite for more and more weaponization began to grow and grow too -- and it started to need a whole big bunch of more "lettuce" to pay for these weapons as well.
And so even though the huge amount of taxes paid by our parents and grandparents had clearly been enough to keep the American armies of World War II afloat, the American military-industrial complex of the 21st century really couldn't just rely on just us lowly taxpayers to keep their huge new American "peace-keeping" forces supplied -- especially with so many of us now not even having any more income left to tax!

There was definitely no longer enough "lettuce" left in the United States to keep this big caterpillar fed, right?  http://www.huffingtonpost.com/2014/09/04/wealth-gap-recession_n_5767320.html
So how is Wall Street & War Street going to continue to feed its insatiable appetite?  By expanding its reach, right?  By conquering other countries and then getting these new vassals to finance their own destruction -- and to also finance the American weapons machine as well.  Whew!  Bad news for the conquered countries -- but good news for American taxpayers.  We don't get stuck with the bill at the end of the meal.  Maybe.
And so Africa is forced to pay for its own colonization. http://www.aljazeera.com/programmes/empire/newscrambleforafrica/2014/07/new-scramble-africa-2014723203324932466.html  And the Middle East is forced to pay for its own colonization.  And Europe is forced to pay for its own colonization.  And so on and so forth.  You get the idea, right?  http://rt.com/op-edge/178640-immigrants-global-strategy-us/
So then the big fat happy American war machine caterpillar finally begins spinning its cocoon.  And soon that part of its life-cycle is accomplished, thanks to tanks and guns and NATO and the World Bank and the IMF.  http://www.theguardian.com/commentisfree/2014/sep/03/nato-peace-threat-ukraine-military-conflict
And then what happens next?  Out pops a big beautiful butterfly, right?  Well, not exactly.  The butterfly then dies in the cocoon?  Not that either.  What actually happens next is that the butterfly goes on to lay even more eggs -- but they are eggs of destruction, and soon the whole world will have been eaten up by its infinite number of baby vassals and baby wars, gobbling up everything in sight.  http://www.globalresearch.ca/isis-is-americas-new-terror-brand-endless-propaganda-fuels-war-on-terror/5398675     Just look what happened to the American war machine's babies in Ukraine.  That whole country is now toast after it let the Iron Butterfly in.  And its baby, Israel?  Almost every "gardener" in the world hates Israel now -- because it has become yet another caterpillar pest, eating up everything in sight.  http://www.informationclearinghouse.info/article39574.htm     And just look at those ISIS "rebels" in Syria that the American war machine has sponsored, supported, encouraged and trained.  John McCain even had his photo taken with some of these guys.  https://www.youtube.com/watch?v=oXjAEZPXIHw&list=UUPLAYER_globalresearchtv     According to Rick Sterling, writing in Counterpunch, "The names of James Foley and Steven Sotloff can be added to those of about 200,000 Syrians who have died as a direct consequence of US policy of regime change by proxy war in Syria." http://www.counterpunch.org/2014/09/05/foley-sotloffs-reporting-show-why-the-us-should-stop-its-proxy-war-on-syria/

And according to journalist Thierry Meyssan, "We know from the British news agency Reuters that, in January 2014, a secret session of Congress voted financing and arming the Free Syrian Army, the Islamic Front, and Al-Nosra Front of the Islamic Emirate until September 30, 2014...[and] finally, in mid-February, a two-day seminar at the US National Security Council was attended by heads of allied secret services involved in Syria, definitely to prepare the EIS offensive in Iraq." http://www.voltairenet.org/article185132.html
But now America's war machine is currently bombing the crap out of ISIS, its own baby.  Eating it alive too.  What's with that?    Nigeria thought it could cuddle up to this butterfly mother too.  Well, Nigeria's oil is now paying for America's endless wars.  And so is Iraq's oil.  And Syria's oil.  And Libya's.  Libyan "rebel" leaders thought they could kiss up to its mother as well -- and now they also have had their heads bitten off by good old Mom.

And Saudi Arabia had better watch out.  It is next.  That's all I gotta say about that.  http://www.theguardian.com/commentisfree/2014/aug/31/combat-terror-end-support-saudi-arabia-dictatorships-fundamentalism
I guess that the only difference between the life-cycle of the caterpillar and the life-cycle of the American war machine is that caterpillars turn into butterflies, go on to lay more eggs and so the cycle continues -- whereas the American war machine just eats its young.


Calling it treason: When American leaders steal over 11 trillion dollars from US taxpayers     "None dare call it treason," intoned various Joe McCarthy supporters back in the 1950s.  https://www.kirkusreviews.com/book-reviews/douglas-t-marion-nowak-miller/the-fifties-the-way-we-really-were/  But I'm daring to call it treason now -- when the very people that Americans elect and trust set about to deliberately and purposely steal all our money so they can run a serial-killer torture chamber in our basement.
What red-blooded decent patriotic American has ever said, "Gee, I want to spend my tax money on Abu Ghraib and blowing up women and children and 'full spectrum dominance' rather than infrastructure and schools!"  But yet that is where our money is now going.  In my book, that is treason.
People are starving on the mean streets of New York City and Houston and Miami so that others can afford to bomb women and children in Syria, Libya, Iraq, Palestine and Ukraine.  Sounds like treason to me.     We Americans have neglected our own country for far too long.  And if we ourselves don't stop the American military-industrial complex's war machine, then we too should be tried for treason and sent to jail for forsaking the precious values of freedom and equality that this country was founded upon.

Us.  Off to jail too -- along with the faceless serial-killer treasonous ogres in Washington who hide behind their benevolent Jason-like masks of Patriotism and War.
Posted by Jane Stillwater at 11:13 AM