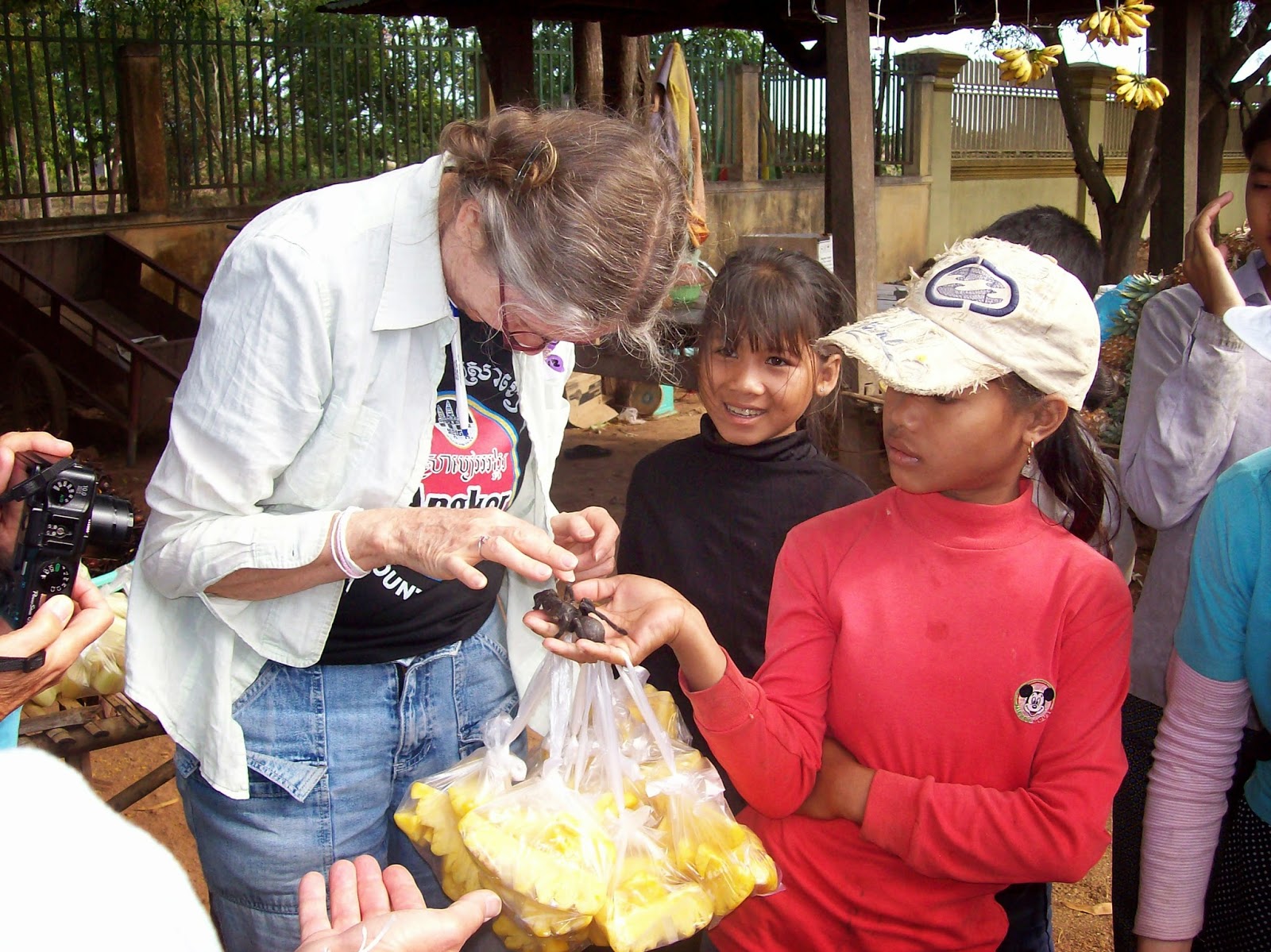 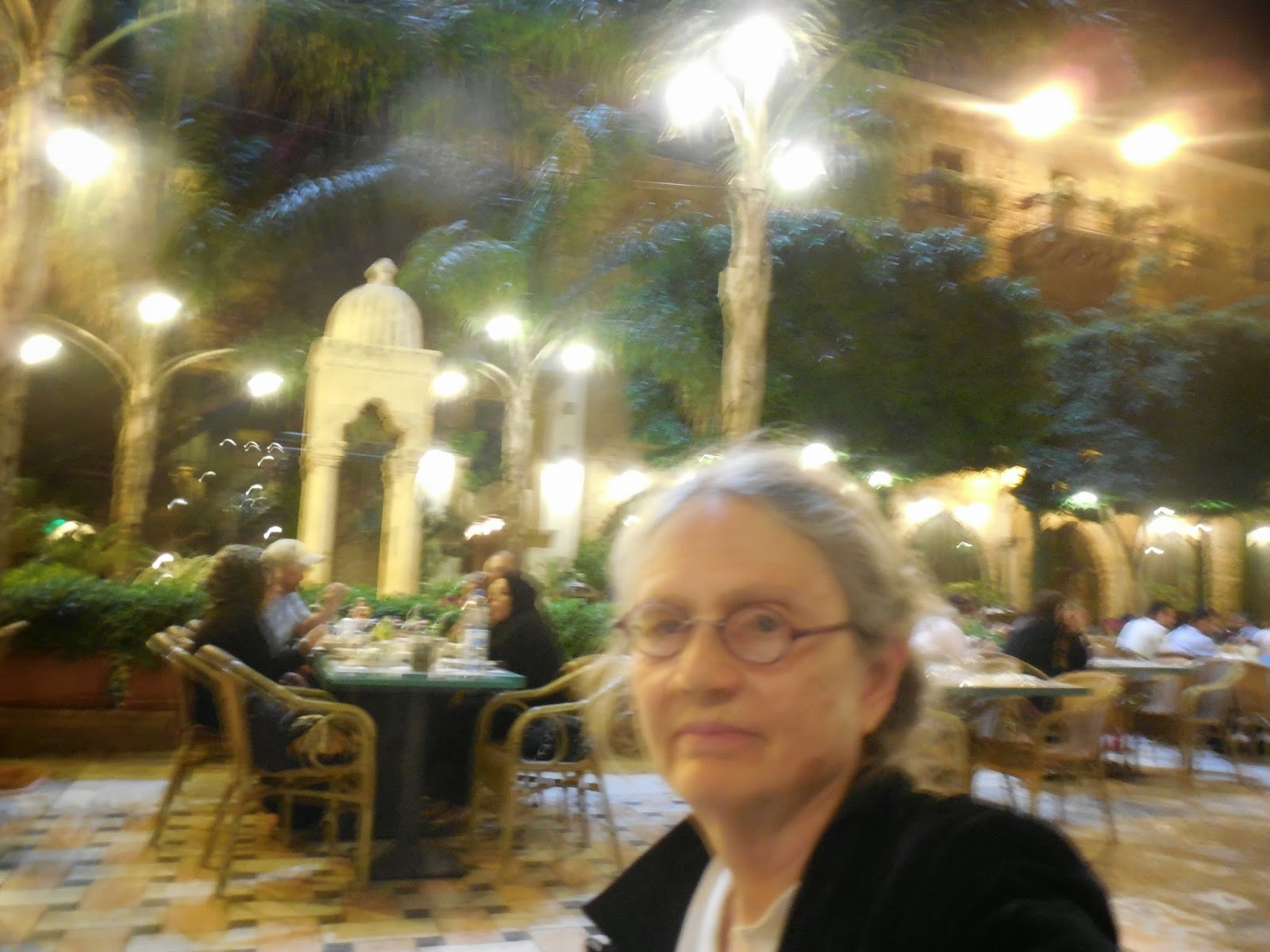 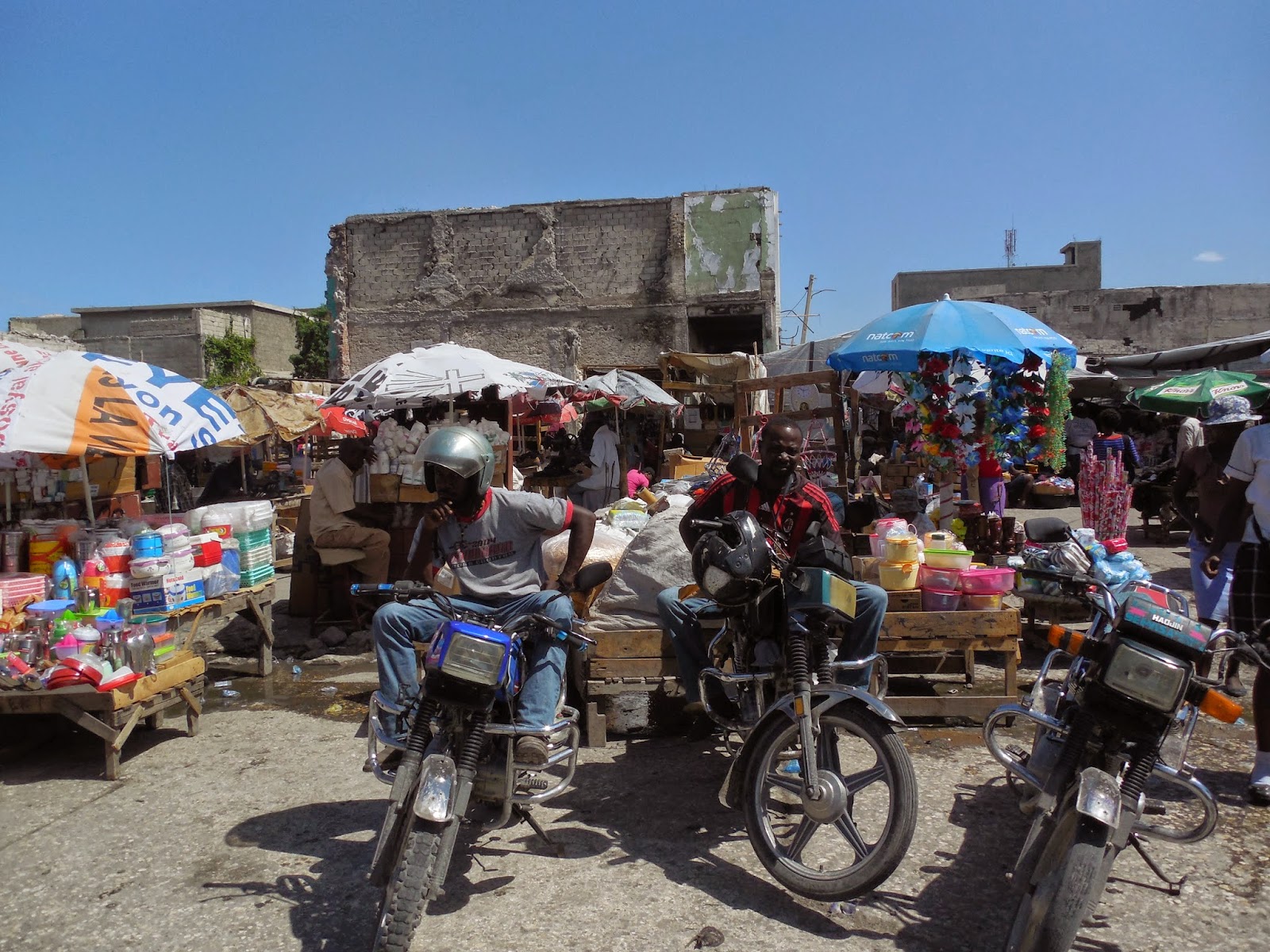 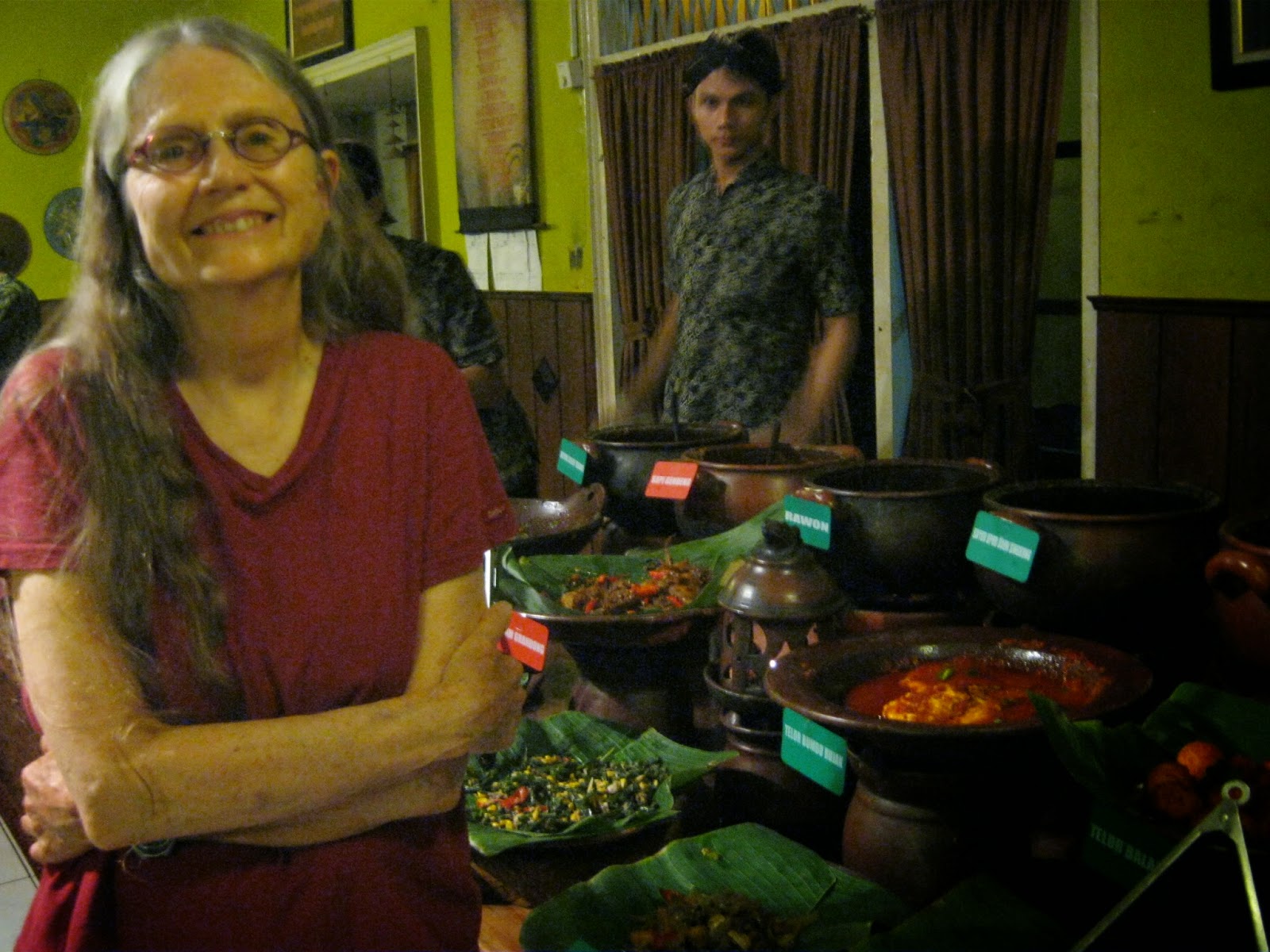 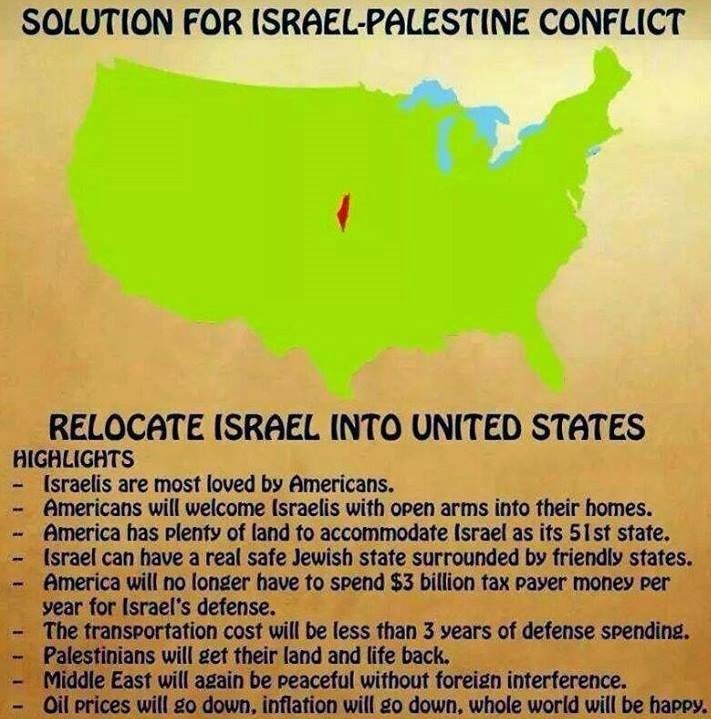 Tired of writing about genocide? Then write about FOOD!

OMG, I am so sick and tired of writing about American-sponsored neo-Nazis in the Ukraine, American-financed genocide in Gaza and American-backed ISIS murderers in Syria and Iraq.  Geez Louise.  It's enough to make me sick!
But not sick enough to stop eating.
Even though women and children are starving in Gaza and refugees in Erbil are hunkering down in city parks and Ukrainian babies are being shot by swastika-waving skin-heads, I still gotta have three or four square meals a day.
And all the average American can say about this insane world situation is, "Where the freak is Erbil?"  It's in northern Iraq, stupid.  "Oh yeah?  So where is Iraq?"  It's that rat-hole where three trillion of your tax dollars have been pounded down in the last 20 years.  Iraq is the reason you have no jobs, no infrastructure, no schools -- and no solar heating.  http://www.truth-out.org/opinion/item/25376-us-presidents-reconsidered-by-death-toll
"But what's a Gaza?"  Huh?
"It's that charnel house in Palestine where Netanyahu practices being a fascist."
"Who is Netanyahu?"  He's that guy in Israel that you pay billions of dollars to every year so he can commit genocide.  Oh, good grief.
I need comfort food!  Now!
Forget about genocide and dead babies.  Let's talk about sushi!  And mac 'n' cheese.  What is your favorite food?  I think mine is ice cream.  But I'm not sure.  Chocolate cake sounds good too.  http://blog.umamimart.com/
I once ate a beef stroganoff MRE in the Green Zone.  It was delicious.  And they had deep-fried tarantulas on offer at a roadside stall in Cambodia.  Yummers!  http://johnpilger.com/videos/year-zero-the-silent-death-of-cambodia    Got caught in a massive five-day storm off of Antarctica one time and popped Dramamine like it was candy -- but still managed to eat.
http://www.funnyordie.com/videos/10ce8fa617/foodie-by-jelly-donut-ashkon-daveed-diggs
Was stuck in Shenyang, China, for three weeks while waiting for my visa to North Korea to come through.  Thirteen million people in that city and only ten of them spoke English.  So I just drew a picture of a chicken and showed it to waiters.  That worked fine until one waiter brought me a live chicken.  Er, no.

And about a year later, when I finally did manage to get into North Korea, it was amazing to discover that Pyongyang featured luxury hotels, casinos, golf courses and elaborate 150,000-person choreographed mass games, all geared toward European tourists -- who came in droves.  The food there, however, was on the level of mediocre California Chinese take-out -- but I still felt guilty eating it, knowing how many North Koreans had starved to death in the past.
In Uganda, a young girl was selling homemade flour-and-grease chapatis on the street that were so good that I still dream about them.  "What's a chapati?"  Oh shut up.
The hummus and matzos in Israel/Palestine were great, served under an olive tree in Hebron.  Loved Bethlehem and old Jerusalem -- but why do people still keep accusing me of being anti-Semitic when I'm actually only anti-fascist and anti-apartheid?  I just don't understand.  As Barb Weir is always fond of saying, "How come they never accuse the brave people who fought against apartheid in South Africa of being anti-white?"

On the beach in Yelapa, Mexico, an hour's boat-ride south of Puerto Vallarta, friendly ladies will sell you lemon meringue pie right there on the beach.  But now you don't even have to go to Yelapa to get it, you can buy lemon meringue pie right there in Puerto Vallarta.  Definitely worth the flight down if you can afford it -- and if you can't, there's always the chocolate cream pie at the Sweet Adeline bakeshop here in Berkeley.  http://rt.com/op-edge/178640-immigrants-global-strategy-us/    In Motswedi, in northern South Africa, their potato fries are the best.  Just ask for Mma Peter if you go there.  Everyone knows her.  And give her a big hug from me if you do.

In Damascus, the oldest city in the world (I think), they had fabulous ice cream for sale in the souk.  That's ICE cream, not ISIS cream.  If it had been ISIS cream, I wouldn't have had to pay for it myself -- Congress woulda footed the bill.    In al Anbar province, Iraq, I accompanied a U.S. Marine colonel and his staff to a "goat pull" thrown by the local sheik.  You gotta love goat meat.  But now that whole area is overrun by ISIS thugs, thanks to Bush, Obama and Hillary Clinton and their grand competition to see who can destabilize the Middle East best. http://www.huffingtonpost.com/charles-lister/not-just-iraq-the-islamic_b_5658048.html

At a sidewalk cafe in Cairo, a waiter jokingly offered me 200 camels for my daughter Ashley's hand in marriage.  At least I think he was joking.  And in the Caliphate of Saudi Arabia, biological mother to ISIS and Al Qaeda (America's military-industrial complex is the father, but insists on keeping that fact on the down-low), I lived on KFC and Cinnabons at a high-end mall in Mecca.
In Haiti, you just gotta love their pumpkin soup.  In Afghanistan, their chicken kebobs were the best -- unlike in Iran, where the kebobs tended to be rather dry.  Burma offered up excellent hand-made noodles.  Argentina had empanadas and beef.  Berkeley has the Berkeley Bowl, best produce store in the world.
I love food!  I love to eat!
So why do I keep thinking about all those poor starving children in Gaza and those poor slaughtered babies in Syria and Ukraine -- thanks to the Yankee dollar?
Posted by Jane Stillwater at 10:38 AM