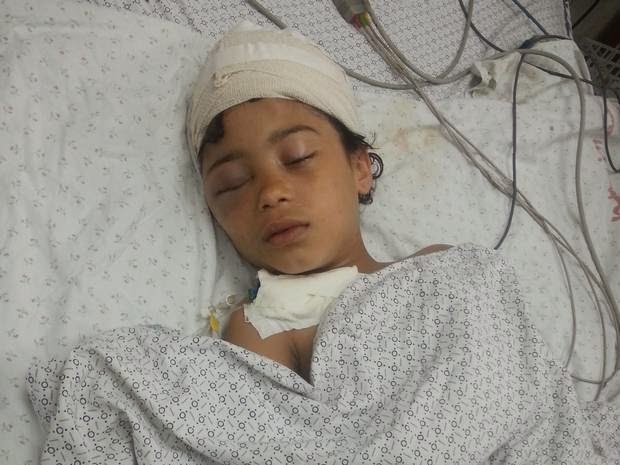 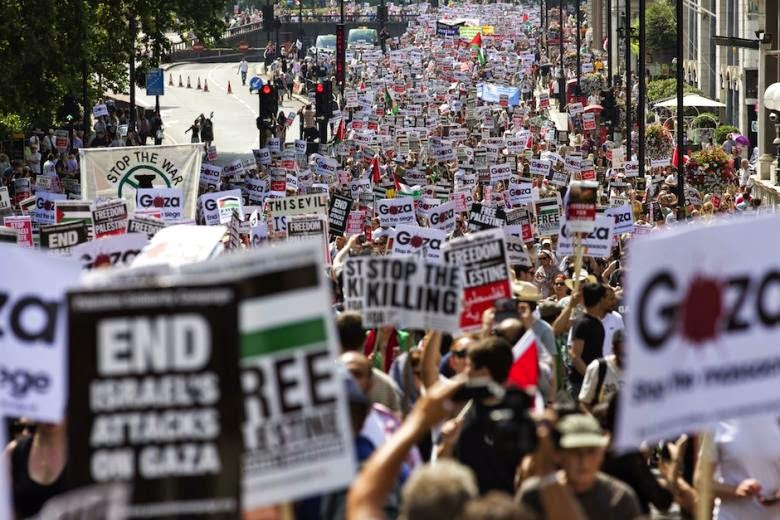 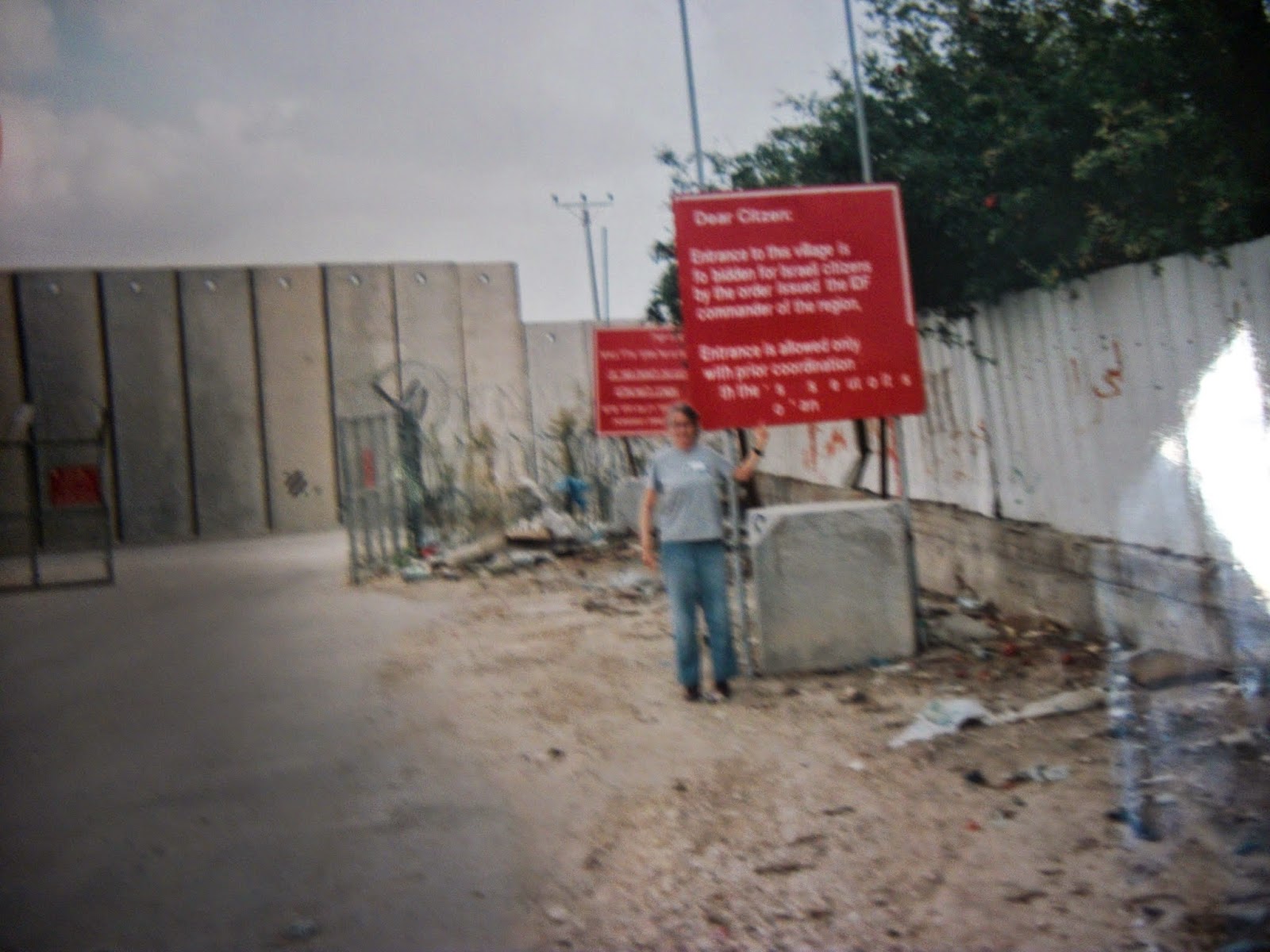 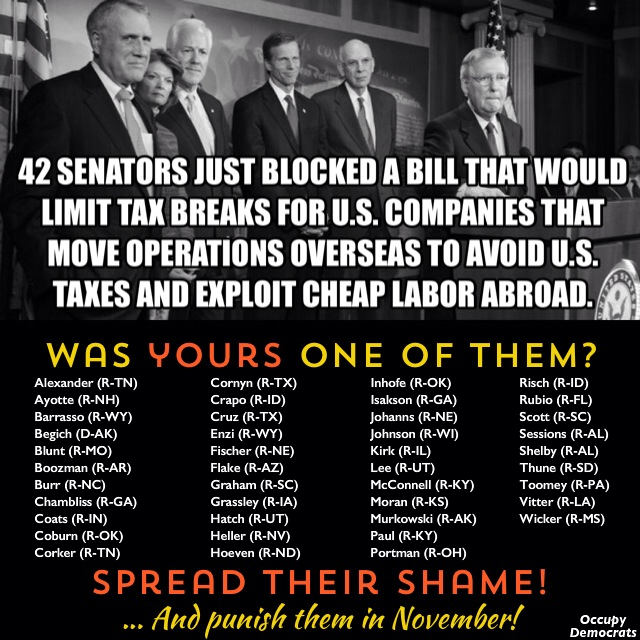 Netanyahu's List: Schindler would be so ashamed of it
Remember that powerful scene in "Schindler's List," when a sweet little girl in a bright red coat was being hauled away in a wagon filled with corpses -- and she was one of the corpses too?  We all cried our eyes out over that scene.
And yet when Bibi Netanyahu made up his list of the hundreds of sweet little girls that were to be slaughtered in Gaza, almost no one in America even cried one tear.  Hell, no one even seemed to notice or care.

What exactly does it take to make Americans cry for the sweet little dead girls of Gaza?  Must we dress all their precious little mangled corpses in bright red coats before any one will cry for them too?  Or before anyone even notices or cares that they are dead.
Or will Steven Spielberg's grandson have to make a movie about these sweet little girls too -- 50 more years from now, when it is far too late to stop Bibi Netanyahu from making his list?  And all we will be able to say as we exit the theater in the year 2064 will be, "Gee, we had no idea...."
If Oskar Schindler were alive today, he would standing outside the Rafah gate into Egypt -- and pulling that gate open with his teeth, if that's what it takes, to help all those sweet little girls escape from certain death.  And he would be shocked and ashamed by Netanyahu's List.
There is a photo on the web right now -- of a sweet little girl, standing behind the bars of the Rafah gate, either waiting for it to open or waiting for Bibi to blow her to bits.  Too bad she isn't wearing a red coat.
And Palestinians aren't the only ones on Netanyahu's deadly list.  There are lots of Israeli soldiers on that list now too -- such as Lt. Hadar Goldin, apparently assassinated by the IDF in accordance with its own Hannibal code wherein any Israeli soldier captured by the enemy is now toast.  And so the IDF followed young Goldin with a drone and blew out his brains (for God and country). Too bad that Lt. Goldin wasn't also wearing a red coat so we could cry for him too.
http://www.richardsilverstein.com/2014/07/26/israel-murders-idf-soldier-to-prevent-his-kidnapping/

And also lots of Americans are now on that list.  The $150 billion that our Congress has voted to gift Netanyahu and his neo-thugs with?  That $150 billion could surely have gone a long way toward keeping millions of American children alive and healthy in the freezing cold of next winter.  How many red coats would $150 billion buy in, say, Minnesota or Utah?  http://www.wrmea.org/wrmea-archives/552-washington-report-archives-2011-2015/october-november-2013/12233-congress-watch-a-conservative-estimate-of-total-u-s-direct-aid-to-israel-more-than-130-billion.html
PS:  Here's my very own "Stillwater's List".  I'm sure that Oskar Schindler would be so proud of this list:
1.  Stop spending billions of American dollars to buy weapons for neo-Nazis in Ukraine -- that should save thousands of lives right there.  I recently learned that the U.S. spent five billion dollars in Ukraine just to buy the support of neo-Nazis there -- who then destabilized Ukraine's legitimate government and started the disastrous February 2014 coup. http://www.paulcraigroberts.org/2014/08/01/nuclear-war-doesnt-exterminate-us-ebola-virus-might-paul-craig-roberts/
2.  Stop spending billions of American dollars on training and financing ISIS fiends, pirates and murderers in Syria and Iraq.  Another huge bunch of lives saved.
3.  Cut all spending to Israel.  Period.  It's time for the American-financed Occupation to end.  We could save another big bunch of lives that way for sure.  It's time for Israel, like South Africa, to become a democracy. http://www.democracynow.org/2014/8/1/amnesty_international_us_should_stop_arming
4.  No more NATO.  If Europe wants thousands of sweet little girls killed in places like Libya, Somalia, Bosnia, Ukraine, Syria, Iraq and Afghanistan, let the Europeans do it themselves.  http://www.informationclearinghouse.info/article30748.htm
5.  Stop making it easy for the usual suspects -- international corporations, weapons manufacturers, drug cartels, bankers, Wall Street and War Street -- to keep stealing trillions of dollars from out of the pockets of the working poor in America and elsewhere; whether in Africa or Alabama, Asia or Alaska, Afghanistan or Arizona.  We could save over a billion lives that way.  Just think about that! http://evergreenedigest.org/nearly-one-quarter-us-children-poverty
6.  Someone needs to reign in the CIA before it kills again.  Sixty years of murder, torture and other covert (and overt) super-sleazy operations done in our name is far more than enough.  And just the fact that they can't even come up with a good lie about shooting down MH17 shows their total incompetence.  http://www.globalresearch.ca/us-nato-fast-track-war-plans-after-failed-mh17-false-flag-washington-attempts-bold-new-moves-to-frame-russia/5393925
7.    The U.S. needs to stop treating Netanyahu like America was Neville Chamberlain negotiating away the Sudetenland at Berchtesgaden.  Appeasement is getting America nowhere except to move us all closer to WWIII.

8.  REPARATIONS!  Israel needs to give billions of dollars of reparations to the people of Gaza.  Immediately!  Starting with moving the borders of Israel back behind the 1967 Green Line where they belong.  That would definitely save lives.

http://www.occupycorporatism.com/home/these-6-nations-have-been-destroyed-by-israels-demand-for-natural-gas/
That's all the items on my list that I can think of right now.  I'm sure that Jesus could think of even more ways to save lives.  But then the slimy bastards who operate America's shameful and horrific war machine are not now and have never been Christians.
Posted by Jane Stillwater at 11:34 AM