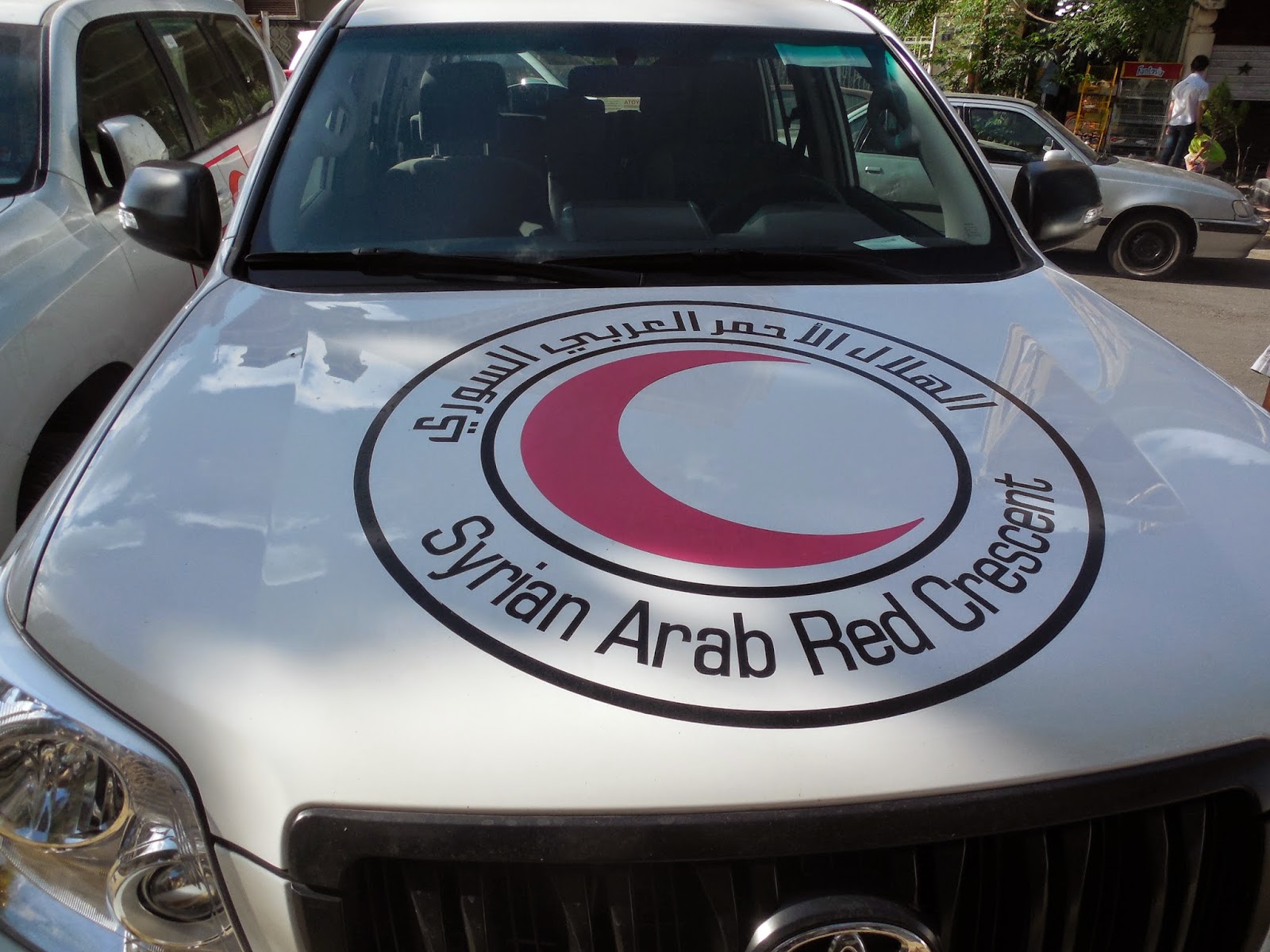 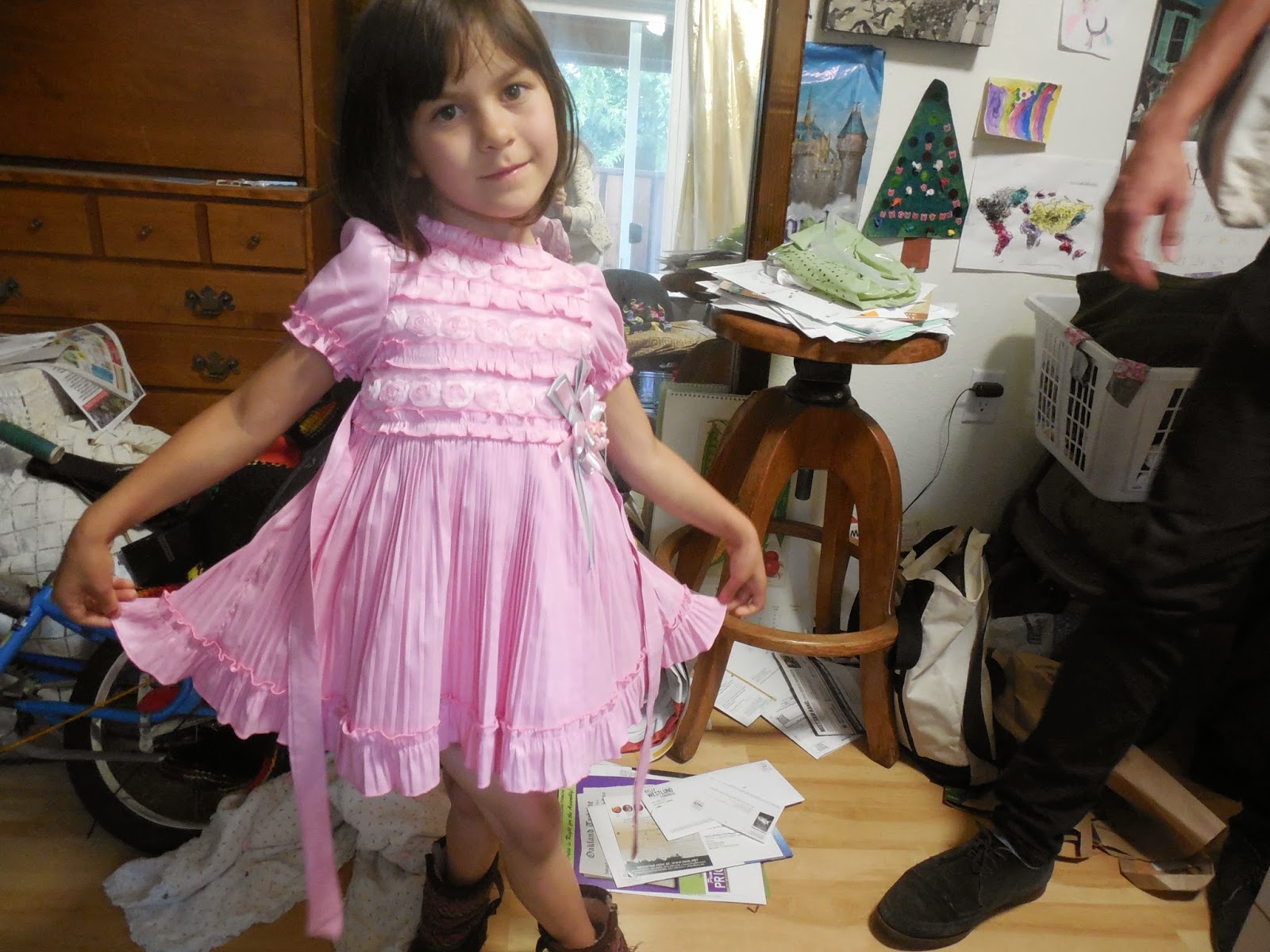 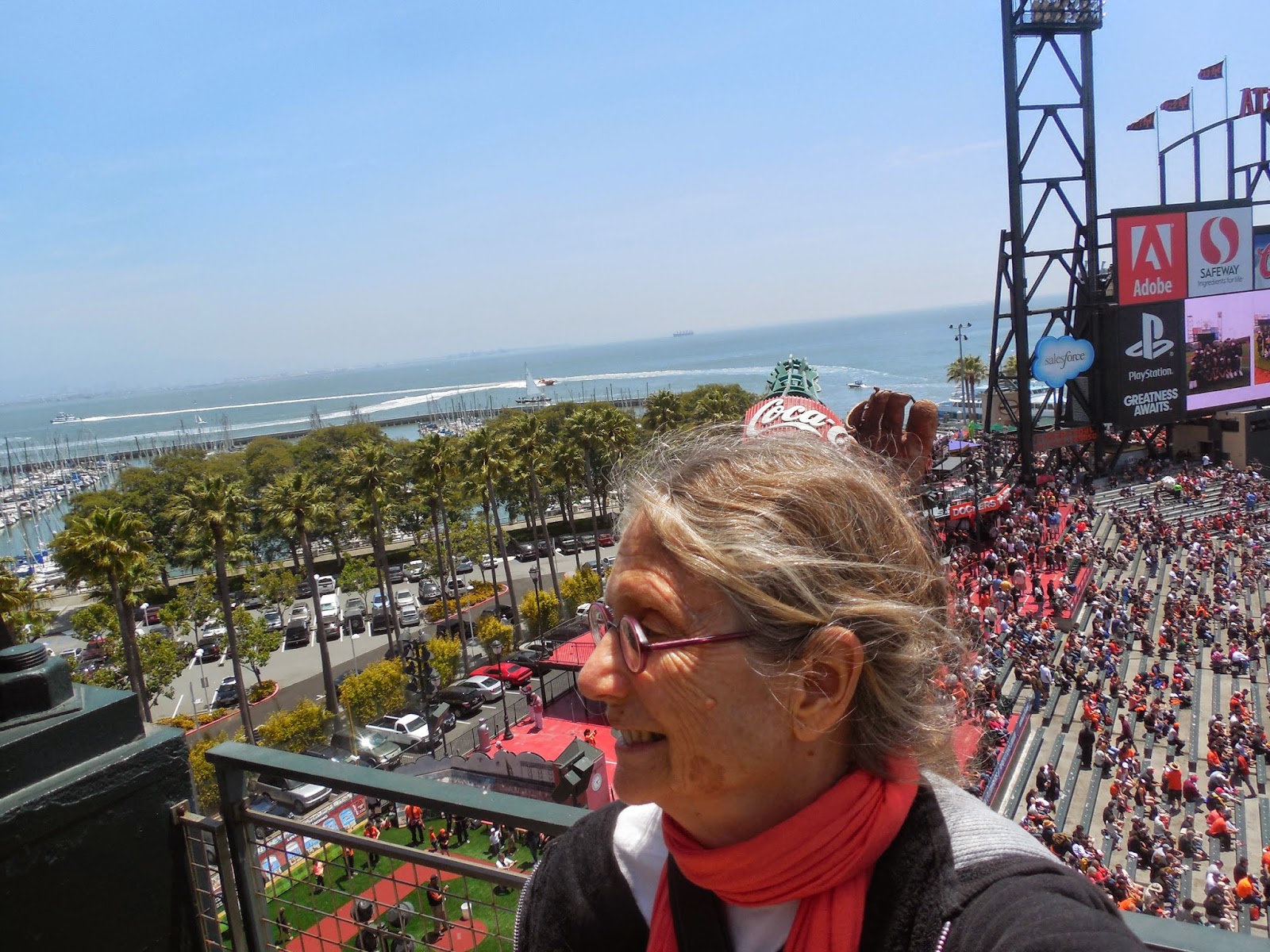 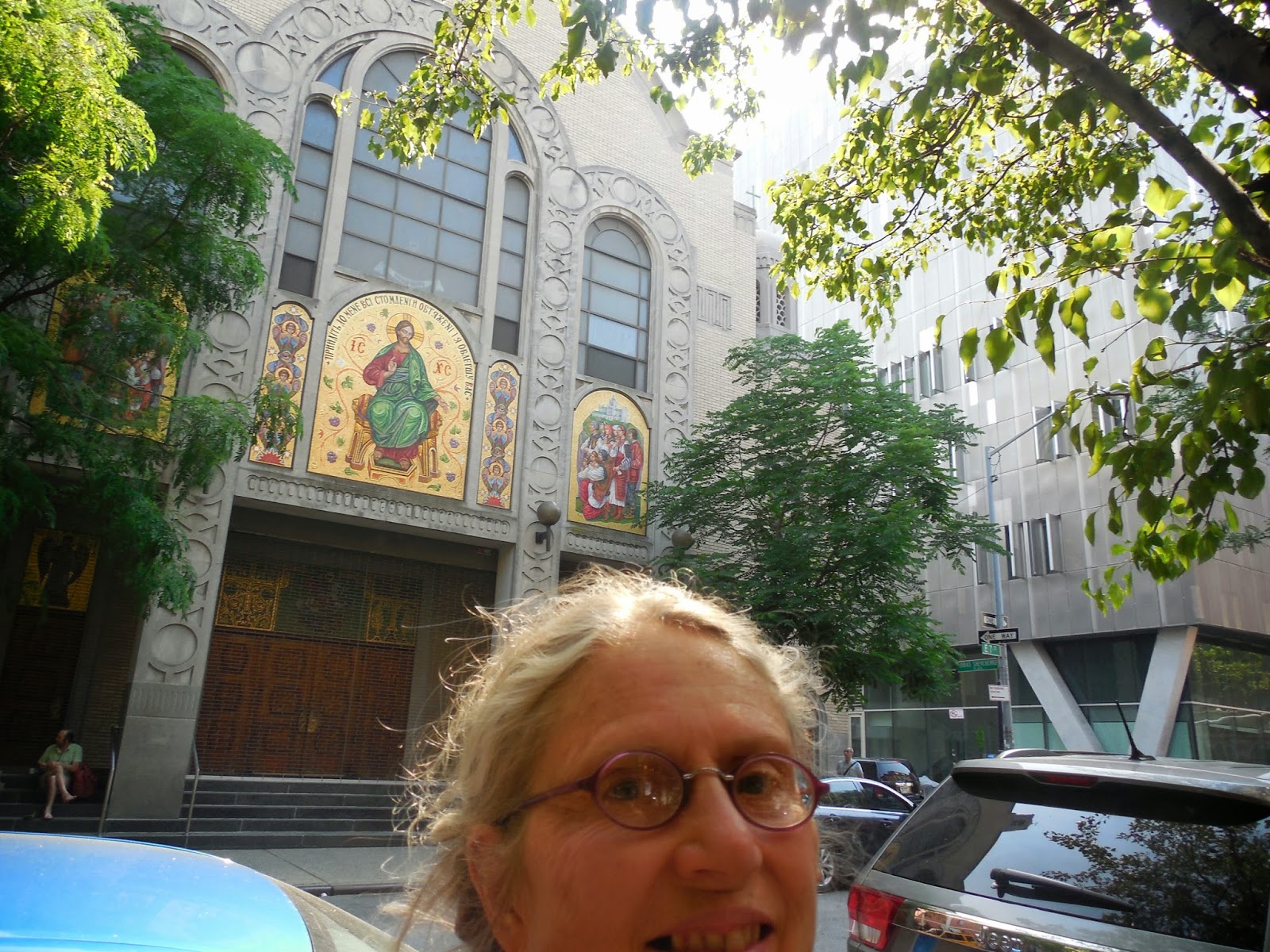 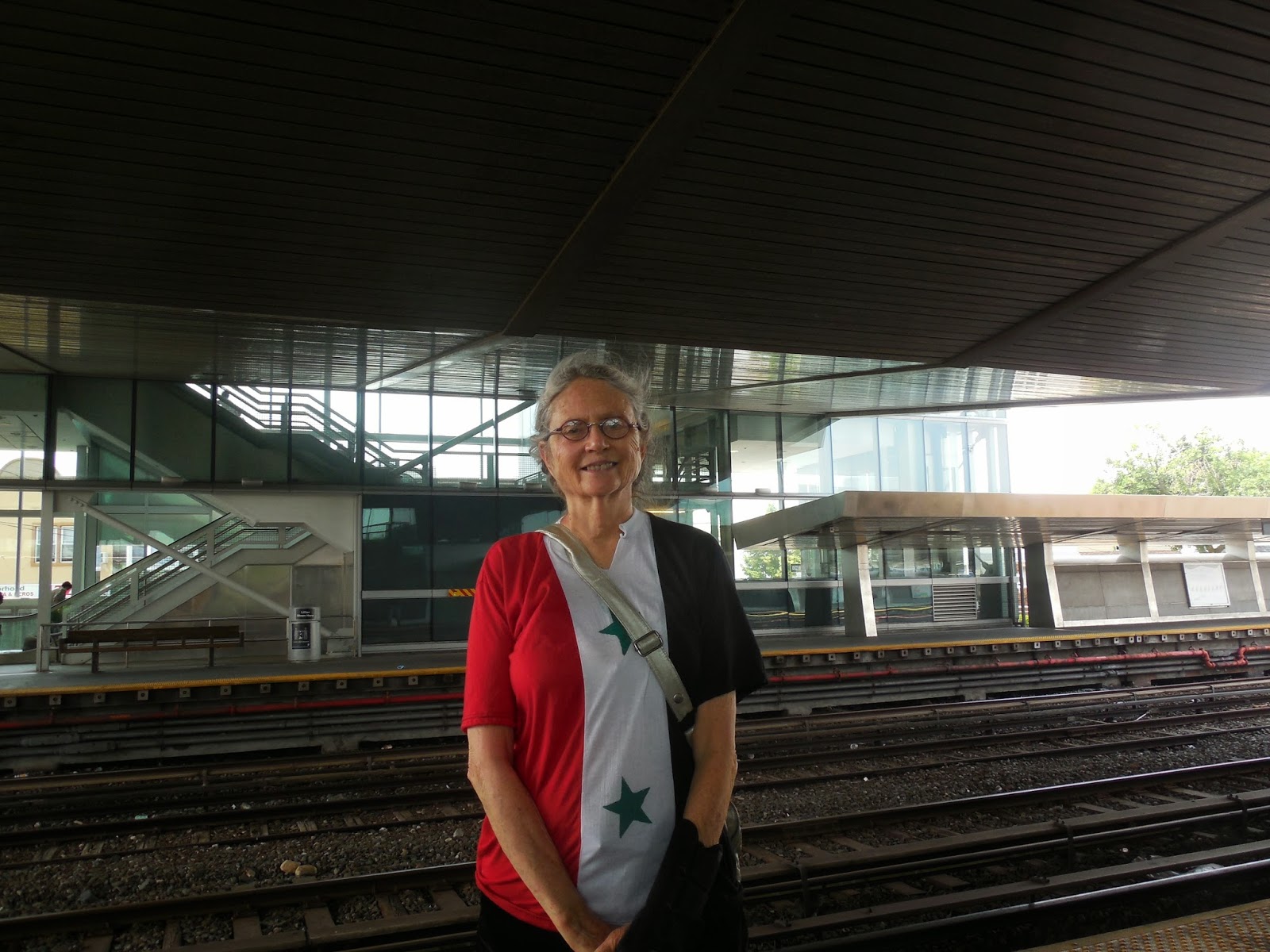 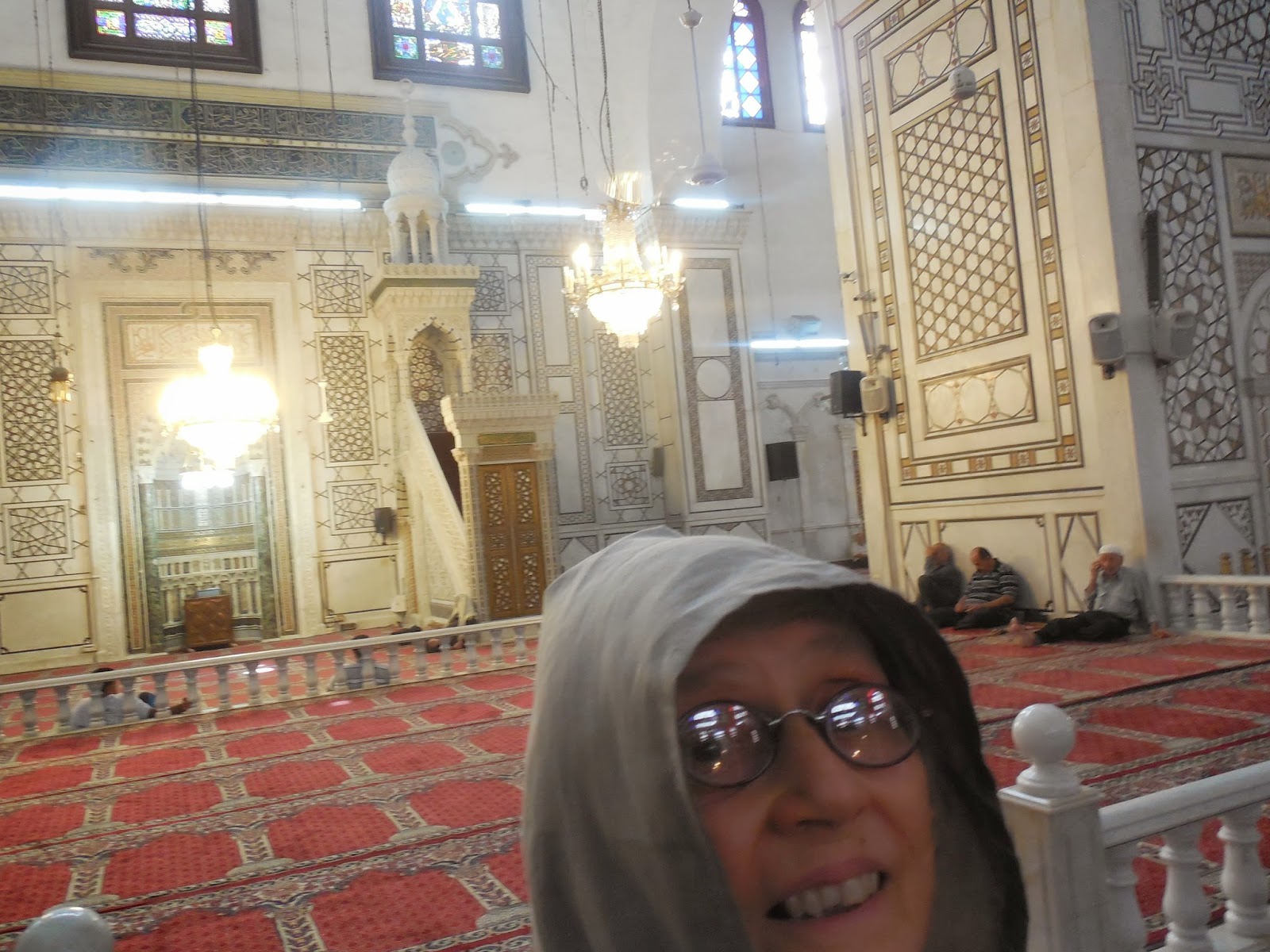 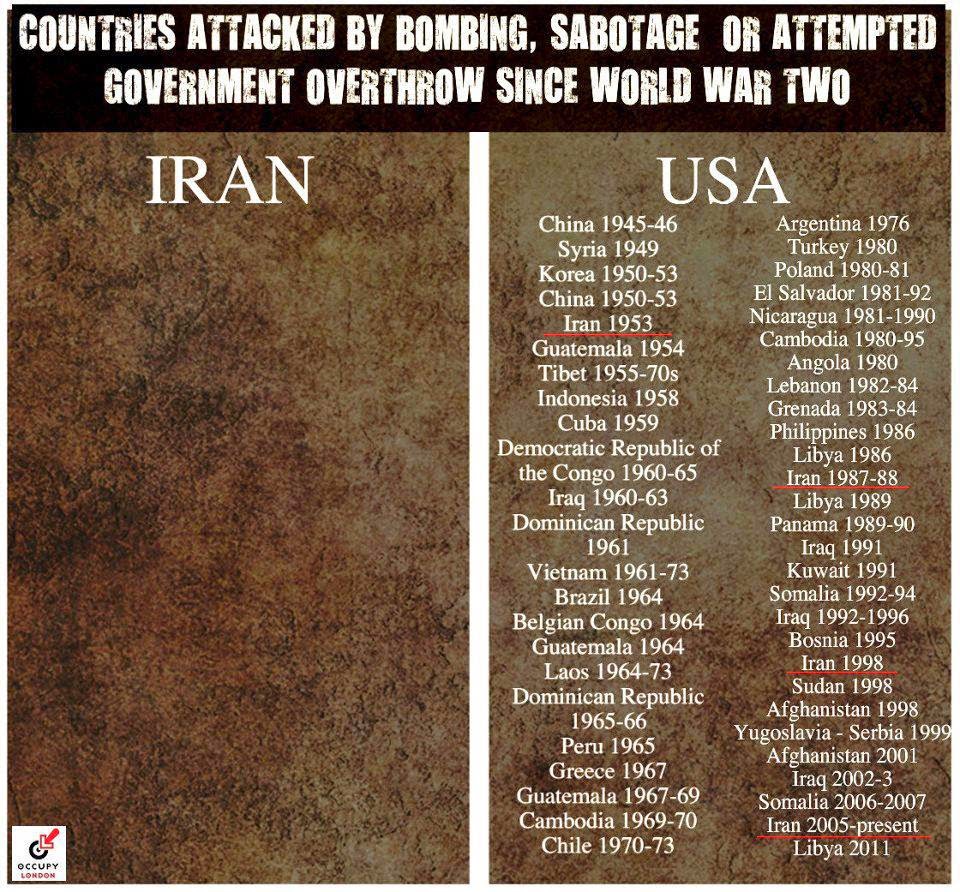 Not another article on Syria? Well, yeah
"Just exactly how many articles on Syria and Iraq can you actually churn out?" a friend of mine asked me recently.  "You were only over in Damascus for five freaking days.  And you haven't been to Iraq since 2008.  So what makes YOU such an expert on these two countries?"
Even after less than a week spent in Damascus and after only having been to Iraq four-and-a-half times, I apparently already know more about Syria and Baghdad and Al Ambar than all those dingbats in the U.S. State Department, the Pentagon and the CIA combined.  Unfortunately.       Washington neo-cons and their neo-con counterparts in Tel Aviv have really gotten the Arab world totally wrong.  http://www.informationclearinghouse.info/article38908.htm     So, even though I would really rather be writing about almost anything else right now, it is still my civic duty to set these fools straight.  Sorry about that.    What I really want to be writing about this week is the exciting new Freedom Summer 50th-anniversary conference in Jackson, Mississippi, where a bunch of folks are getting together to celebrate having survived the heroic summer of 1964 when so many civil rights workers poured their hearts out in an attempt to finally bring justice to the Ol' South -- and some of them lost their lives while doing it too http://freedom50.org/.
But apparently justice in the Ol' South will have to wait a bit longer.  Right now we need to talk about justice in the Middle East first. http://libya360.wordpress.com/2014/06/25/iraq-libya-syria-three-reasons-african-americans-should-oppose-us-intervention-in-africa/
After the fall of the U.S.S.R., Washington neo-cons needed a new boogeyman to scare Americans into handing over our hard-earned tax dollars to the military-industrial complex.  And so the military-industrial complex came up with the idea of making Islam the bad guy.  But then apparently Washington neo-cons actually began to believe their own hype -- and even went so far as to actually start creating "Islamic Militants" where none had existed so far.
http://www.informationclearinghouse.info/article38914.htm

According to journalist Finian Cunningham, "The biggest recruitment office for such groups [as ISIS] is the British government and its criminal militaristic foreign policy, which has been destroying countries for years, overtly and covertly.  That same destructive British state-sponsored terrorism, alongside that of its American and other NATO allies, is also why millions of Syrians and Iraqis are living in tents, unable to feed their families."  http://www.presstv.ir/detail/2014/06/22/368055/the-western-media-goldfish-bowl/
The thumbscrews were not only put onto various Islamic countries until "militants" actually did start to emerge, but then Wall Street and War Street -- bound and determined to sell as many weapons as possible -- actually started creating and financing "Islamic Militants" themselves (and of course all the while praying for another "Pearl Harbor")  http://awdnews.com/top-news/8831-obama-administration-has-been-training-syrian-jihadi-terrorists-since-2012.html

According to a recent article in Information Clearinghouse, "Key members of ISIS it now emerges were trained by US CIA and Special Forces command at a secret camp in Jordan in 2012, according to informed Jordanian officials...Former US State Department official Andrew Doran wrote in the conservative National Review magazine that some ISIS warriors also hold US passports."  http://www.informationclearinghouse.info/article38908.htm
Neo-cons began manufacturing these Frankenstein monsters left and right.  Actually paying thousands of poor unfortunate souls in the Middle East to go on "jihad".  http://www.counterpunch.org/2014/06/24/did-obama-know-that-isis-planned-to-invade-iraq/      Even way back in the 1970s I could have warned the military-industrial complex that these acts of folly would eventually start leading to blow-back -- not to mention the sky-rocketing cost of gasoline as a result of all this footsie-playing in the Middle East.      According to journalist Juan Cole, "During the past ten years, American drivers have seen their gasoline bill go up tremendously – though not as much as it by all rights should have – and stay there."  http://readersupportednews.org/opinion2/277-75/24415-focus-will-isis-control-iraqs-oil     Apparently, The M-IC's money-making scheme in the Middle East was that various U.S. and Israeli neo-cons would be constantly stirring up the pot there, turning Arab against Arab until they all freaking started to butcher each other like so many crabs in a barrel.  And then the U.S. and Israeli neo-cons would steal everything that wasn't nailed down while no one over there was looking.  It sounded like a good plan.  Until the rest of us Americans and Israelis finally began to realize that there was nothing in this witches' brew for the rest of us except danger to ourselves.     According to me, ISIS is nothing but a bunch of pirates, the Taliban are murdering wife-beaters, the idiots in charge of Egypt, Saudi Arabia, the Gulf states and Iraq are dictators and Libya is overrun by barbarians.  And who created all these proto-zombies?  Neo-cons in Israel and the U.S.  Of course.     According to Franklin Lamb, who seems to be legendary in Damascus for fabricating stories and mooching off of the Syrian government, ISIS, Syria's arch enemy, is practically a freaking benevolent organization who succors the poor, has nukes of its own and whose goal is to unite all the downtrodden Arabs in the Middle East into one coherent version of the freaking Red Cross and then liberate Palestine and wash Israel into the sea. http://www.counterpunch.org/2014/06/20/will-isis-create-al-sham-caliphate-liberate-palestine/.

However, Palestinians in Syria did not support ISIS's brutality and refused to be drawn in -- so ISIS bombed the crap out of them instead.  And the Palestinians in Israel already have neo-cons killing their kids -- and don't need any more neo-con-backed pirates adding even more "creative chaos" to the mix.
Huh?  No.  Forget about the sparkling clean Red Cross wannabe image.  These ISIS guys are down and dirty pirates.  And that's "all she wrote" about that.  And apparently we American taxpayers are paying for all of ISIS's new Toyotas, rocket-launchers and Nikes as well.     "You talk as though the military-industrial complex may finally be starting to get its comeuppance for generating such a devious plot -- but, frankly, it is not," you might comment at this point.

No, it is not.  Not yet.  But if Wall Street and War Street continue to play their cutesy little "Divide and Conquer" games in the Middle East, keep on messing with its political eco-system, breaking down its civil society in this bad way, and creating and financing even more Al Qaedas, Talibans and ISISs and driving world gas prices sky-high, then eventually it will suck to be you!  http://www.veteranstoday.com/2014/06/19/my-dinner-in-homs-on-election-day/     Even against all odds and proof, I still have faith that the rest of us Americans, us average decent salt-of-the-earth types, will finally put a stop to all these nefarious neo-con schemes and finally start bringing our money and our troops home from the Middle East instead -- and stop picking on all these poor Arabs before they end up going completely freaking nuts as they see their parents, wives and children constantly being blown to bits before their very eyes by these neo-con monsters.       Not sure why I keep holding out hope that this will happen.  But do I really have any other choice?PS:  Another thing that has made me hopeful is to just observing what 50 years of fighting for justice and civil rights has done in the American South.     "But, Jane," you might say, "50 years of fighting for justice and civil rights has done nothing."  No, there really have been some big changes there -- even despite so many neo-con efforts to stop that change.  But just imagine how much better the South would be now if the neo-cons had just kept their mouths shut.  Schools, factories, integration, far less hatred and division, a better quality of life for all.     And this same thing could have happened in the Middle East too.PPS:  I just heard that Pope Francis has excommunicated the Mafia.  Good for him.  "But the Mafia has changed," you might say.  "They are legitimate businessmen now."  Not even close.  They are just getting better and better at laundering money.     And speaking of laundering money, I finally figured out how those all those ISIS pirates and barbarians in the Middle East can afford to pay for all their new Toyotas, rocket-launchers and sneakers.  Saudi Arabia pays for them!  http://www.counterpunch.org/2014/06/24/the-rise-of-isis/     "But where do the Saudis get all that money," you might ask.  "Brand new Nikes are expensive."  No problem.  The U.S. military-industrial complex gives the money to the Saudis.  The Saudis buy the Nikes.  That's called "money-laundering" too.     Perhaps Pope Francis will excommunicate Wall Street and War Street as well!     We can only hope.
Posted by Jane Stillwater at 12:05 PM