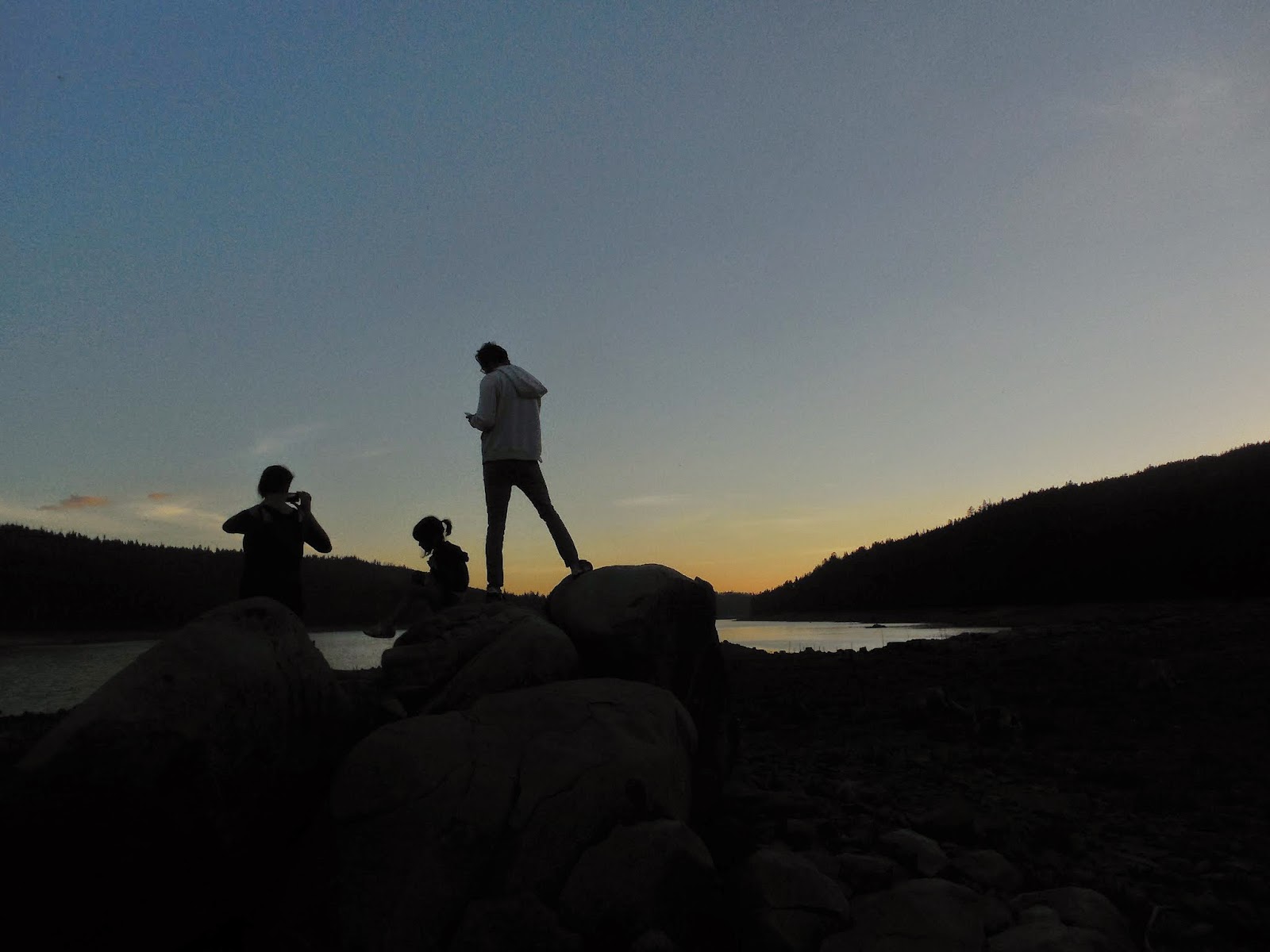 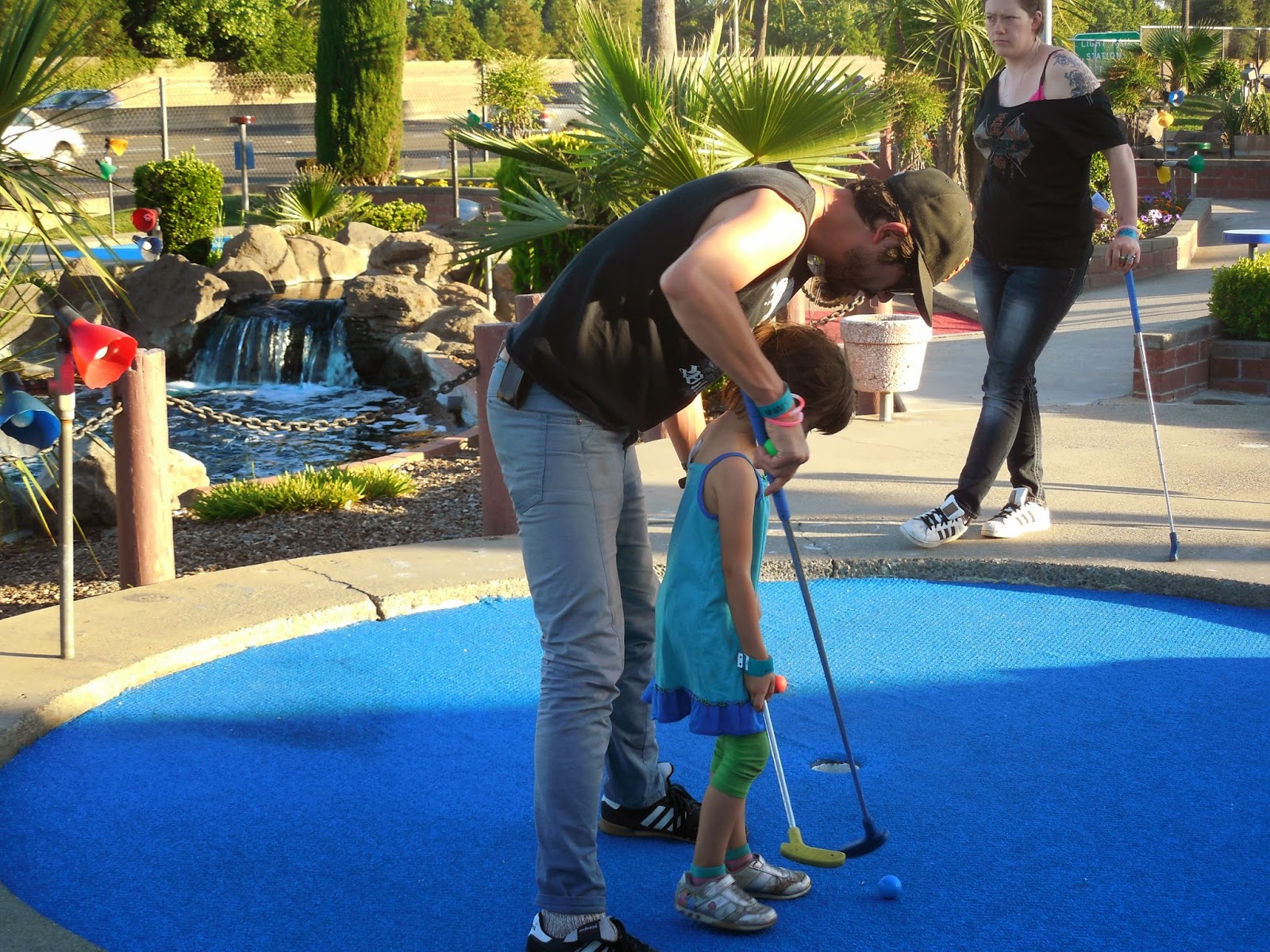 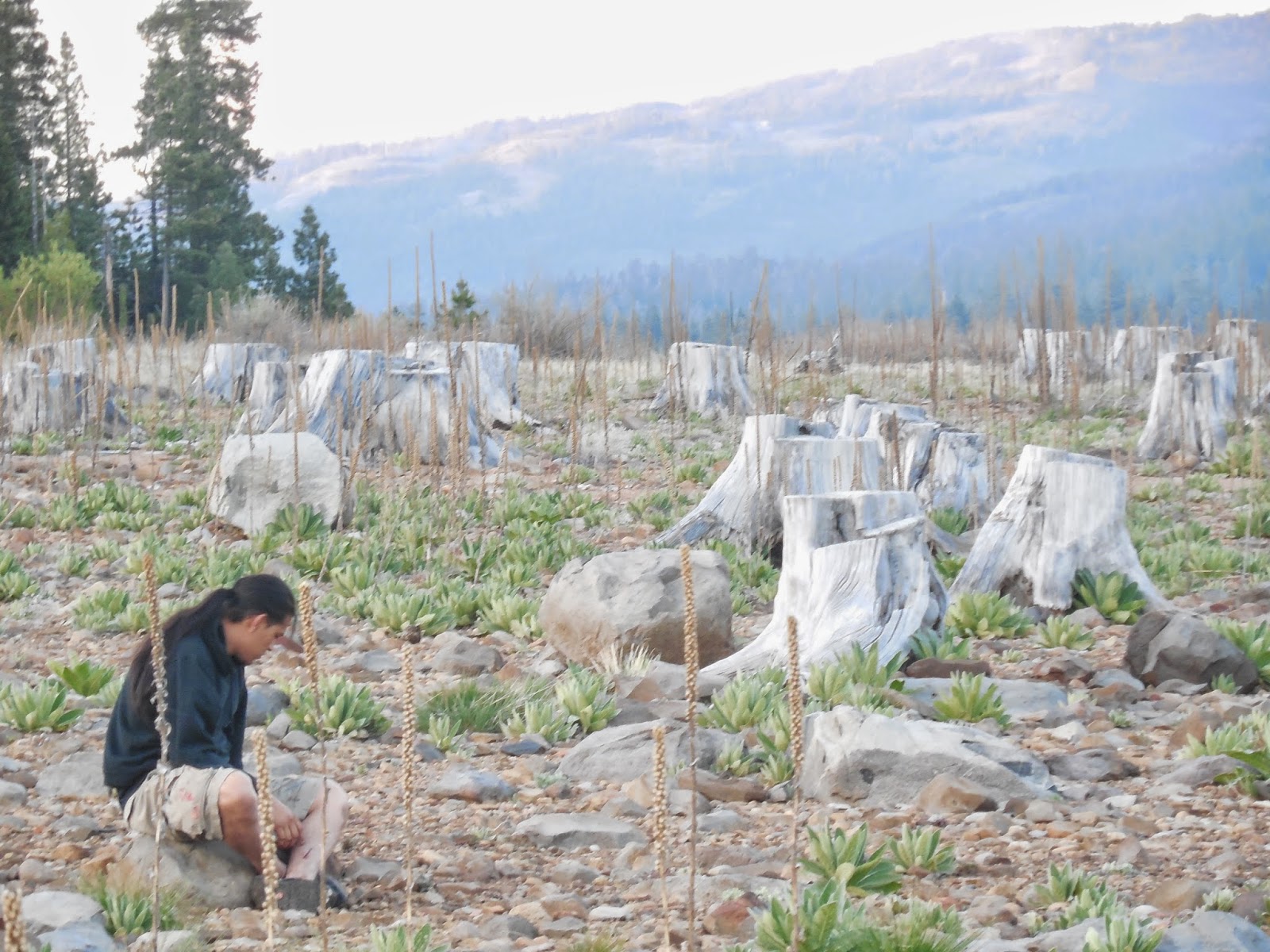 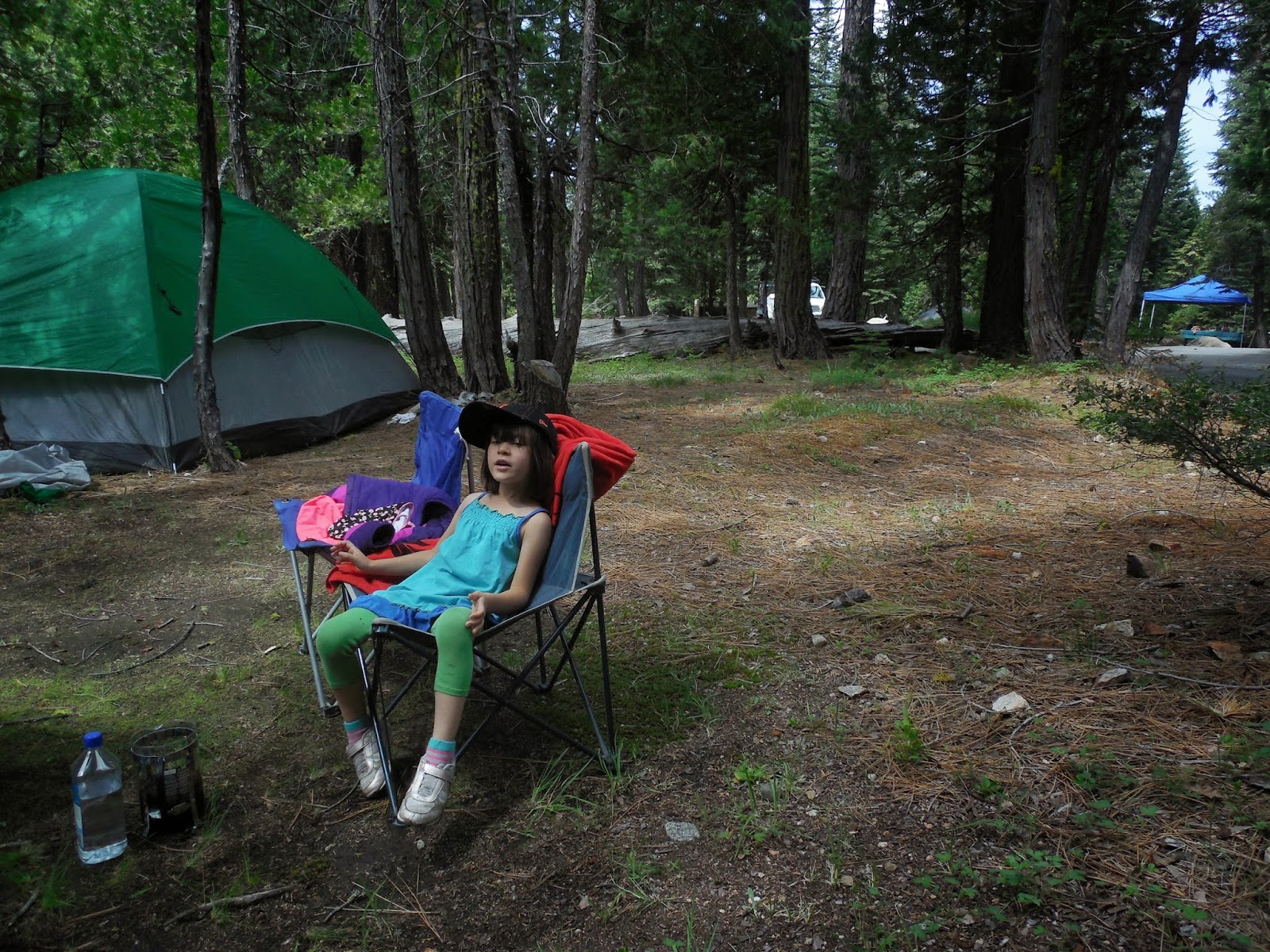 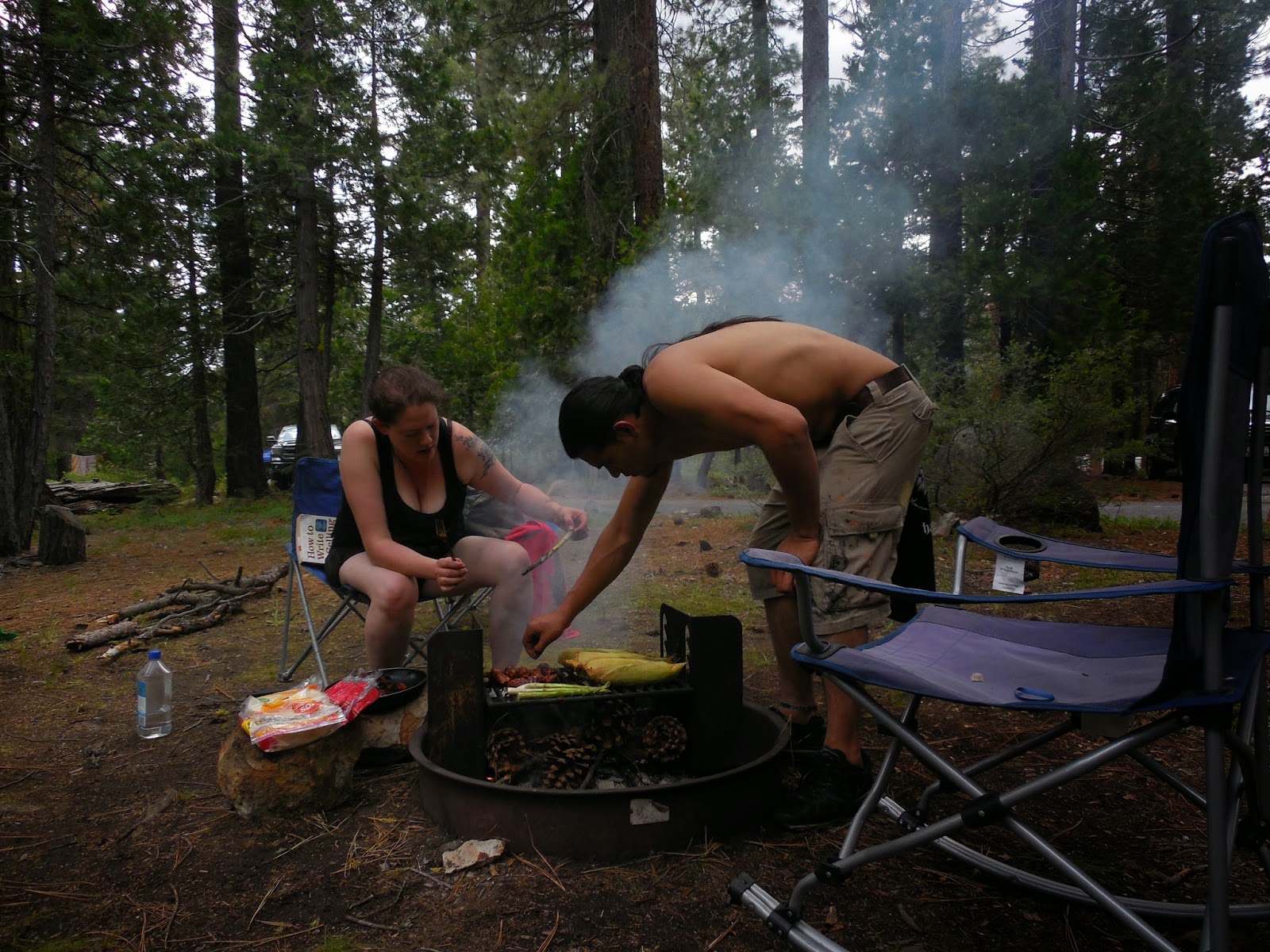 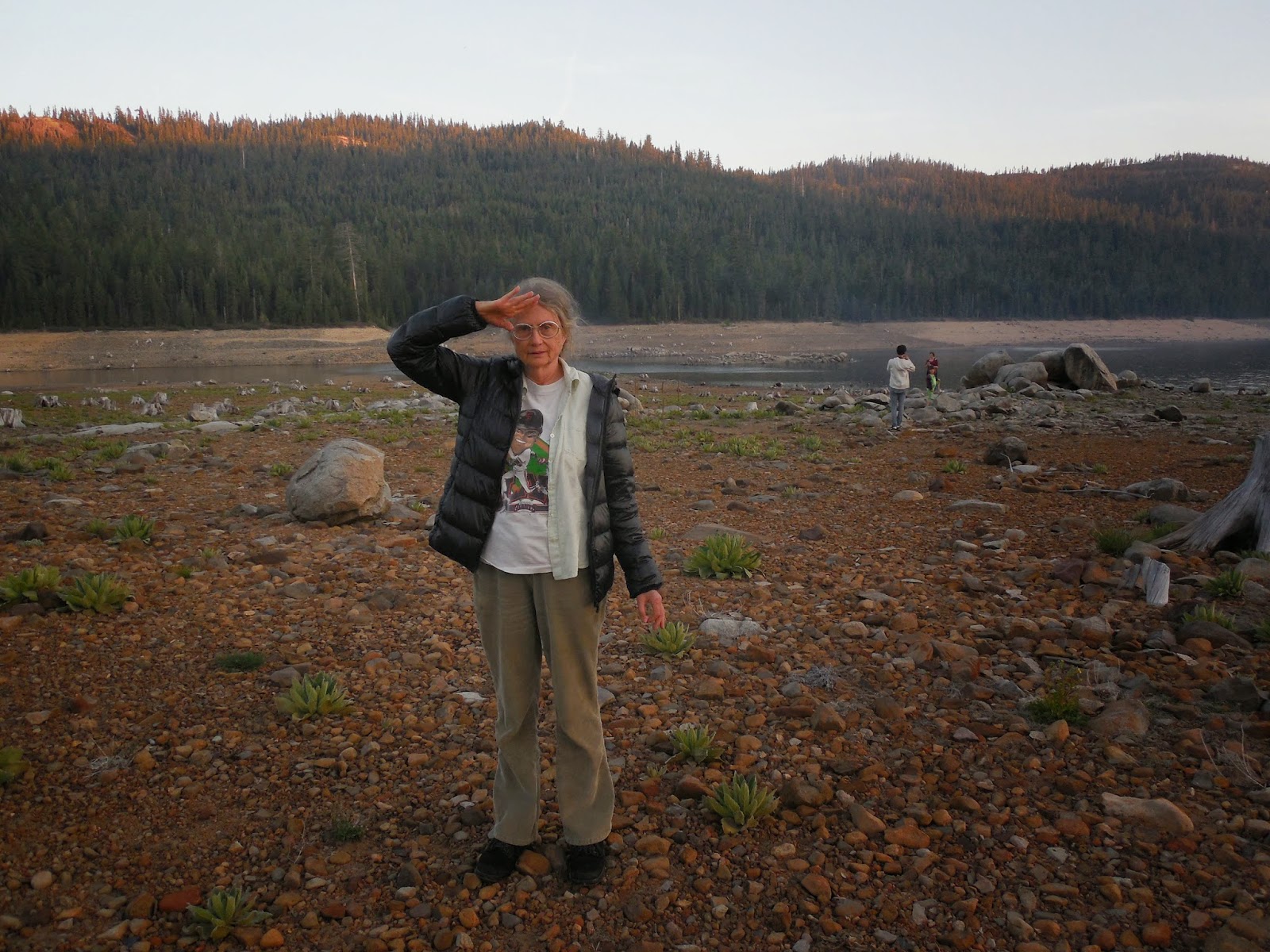 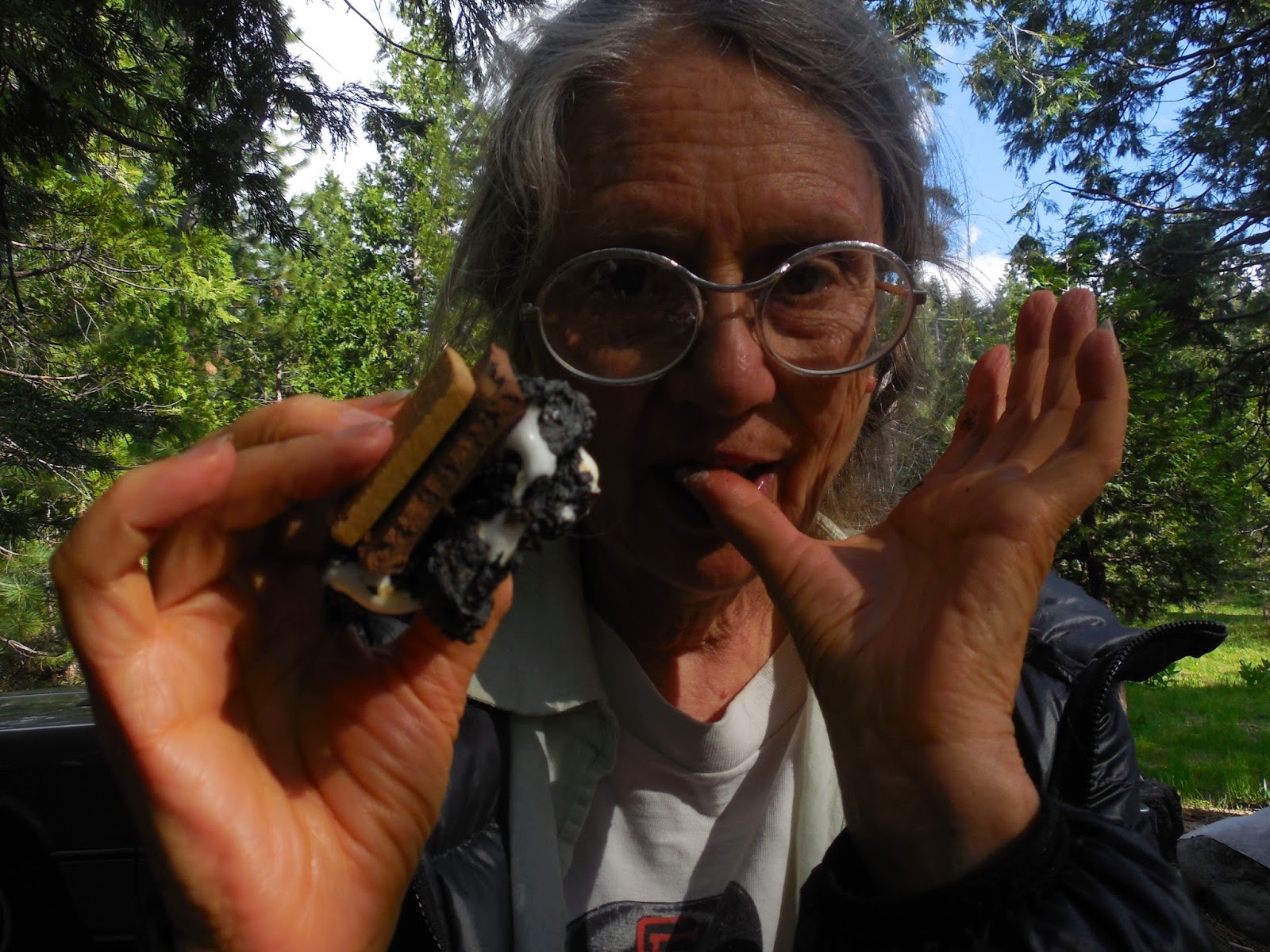 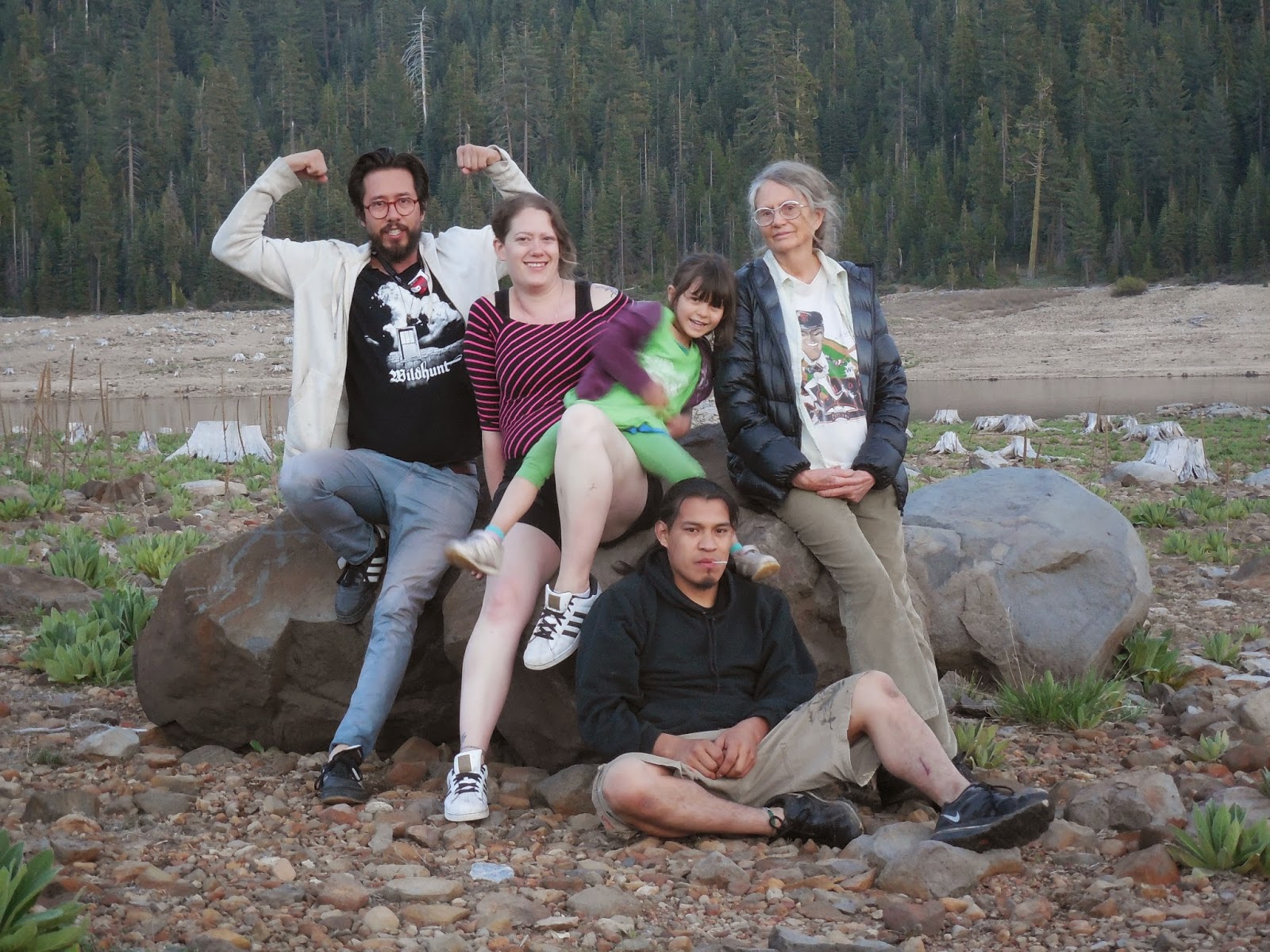 Tired of doing the same old thing every day, me and my family decided to pack up our car with tents, coolers, bathing suits and hot dogs and go off camping last weekend.  To a campground.  In a national forest.  And, no, we didn't run into Cliven Bundy either.  Thank God!
But we did meet a whole bunch of rednecks.
"So, Jane, how did that go?" you might ask, knowing me to be a leftie Berkeley liberal who actually believes all that psycho-babel nonsense that Jesus used to spout about being kind and all that other anti-NRA crap.  Well, actually, it went really well.  As long as we didn't talk about politics with our new camping neighbors, everything was great.  I learned that a lot of rednecks were really nice people (and also that having beer for breakfast was an honored American tradition).
I also learned that rednecks suffer from unemployment just like the rest of us do -- and I also learned where to get an awesome tattoo.  Their kids all played with my granddaughter Mena.  They told us where the best hiking trails were.  And I told them how pissed off I was that Yuppies are now taking over Berkeley -- and how I had been in Iraq with the Marines.
All those self-proclaimed "redneck" campers in the tents all around us were actually very nice.  They made good camping neighbors.  We had lots of common interests.  We bonded over stuff.  As long as we didn't talk about politics, we were good.  They were Americans.  I was American.  There was lots of friendship material here to work with.  It was like the Germans and the Brits having a Christmas truce in the trenches during World War I.  We all really could get along if push came to shove.
If only our politicians and media would stop telling us how much we need to hate each other, I could see a way through.  http://billmoyers.com/episode/ian-haney-lopez-on-the-dog-whistle-politics-of-race/
Rednecks.  Blacks.  Mexicans.  Asians.  We are all Americans now.  And we should all learn to act like Americans too.  And we all need to start working together to solve our mutual problems ASAP -- or else there is going to be no America left for us to fight over.PS:  The American Civil War of 1860 was the deadliest war ever fought by Americans.  Ever.  (That is, if you don't count the untold millions of men, women and children who died in the Native American holocaust)     According to my recent Google research project, "The Civil War was America's bloodiest conflict.  The unprecedented violence of battles such as Shiloh, Antietam, Stones River, and Gettysburg shocked citizens and international observers alike.  Nearly as many men died in captivity during the Civil War as were killed in the whole of the Vietnam War.  Hundreds of thousands died of disease.  Roughly 2% of the population, an estimated 620,000 men, lost their lives in the line of duty.  Taken as a percentage of today's population, the toll would have risen as high as 6 million souls."  http://www.civilwar.org/education/civil-war-casualties.html      That's approximately one-third more rotting dead bodies here on American soil than the number of Americans killed in Europe and the Pacific during World War II.  Over 51,000 Americans were killed, wounded, captured or missing after just three days of battle at Gettysburg alone.  7,000 of them were just plain outright dead.     And how easily all that could be engineered to happen again.  And it's already started happening, in fact.PPS:  "But illegals stole all our jobs!" the redneck at my picnic table might have said if I had asked him.       "No, that's not true," I might have replied if we hadn't all been camping and thus on neutral ground.  "Our jobs were all stolen by huge corporations that outsourced all our jobs to Latin America, India and Asia.  But also our jobs are being stolen by robots.  Robots do our jobs better than we used to do.  Plus robots aren't human, don't have to eat anything, don't have families to care for and don't complain."  And also, if we are in the military, our jobs are also being outsourced to drones.  PPS:  Hope you had a nice Memorial Day.  Always remember our military dead -- and the humongous corporate profits they died for.  http://www.smirkingchimp.com/thread/mike-whitney/56066/iraq-the-biggest-petroleum-heist-in-history
Posted by Jane Stillwater at 10:37 AM