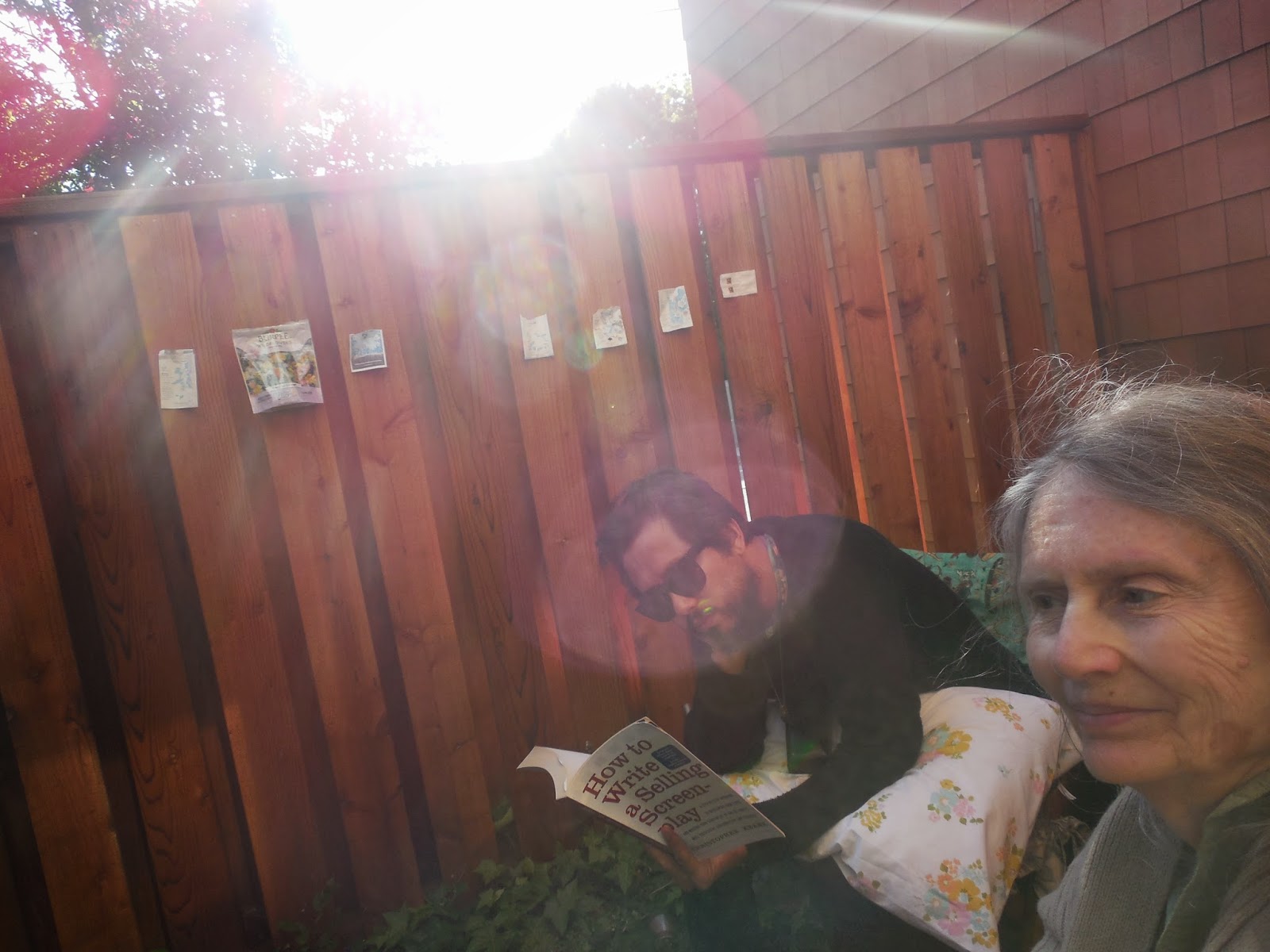 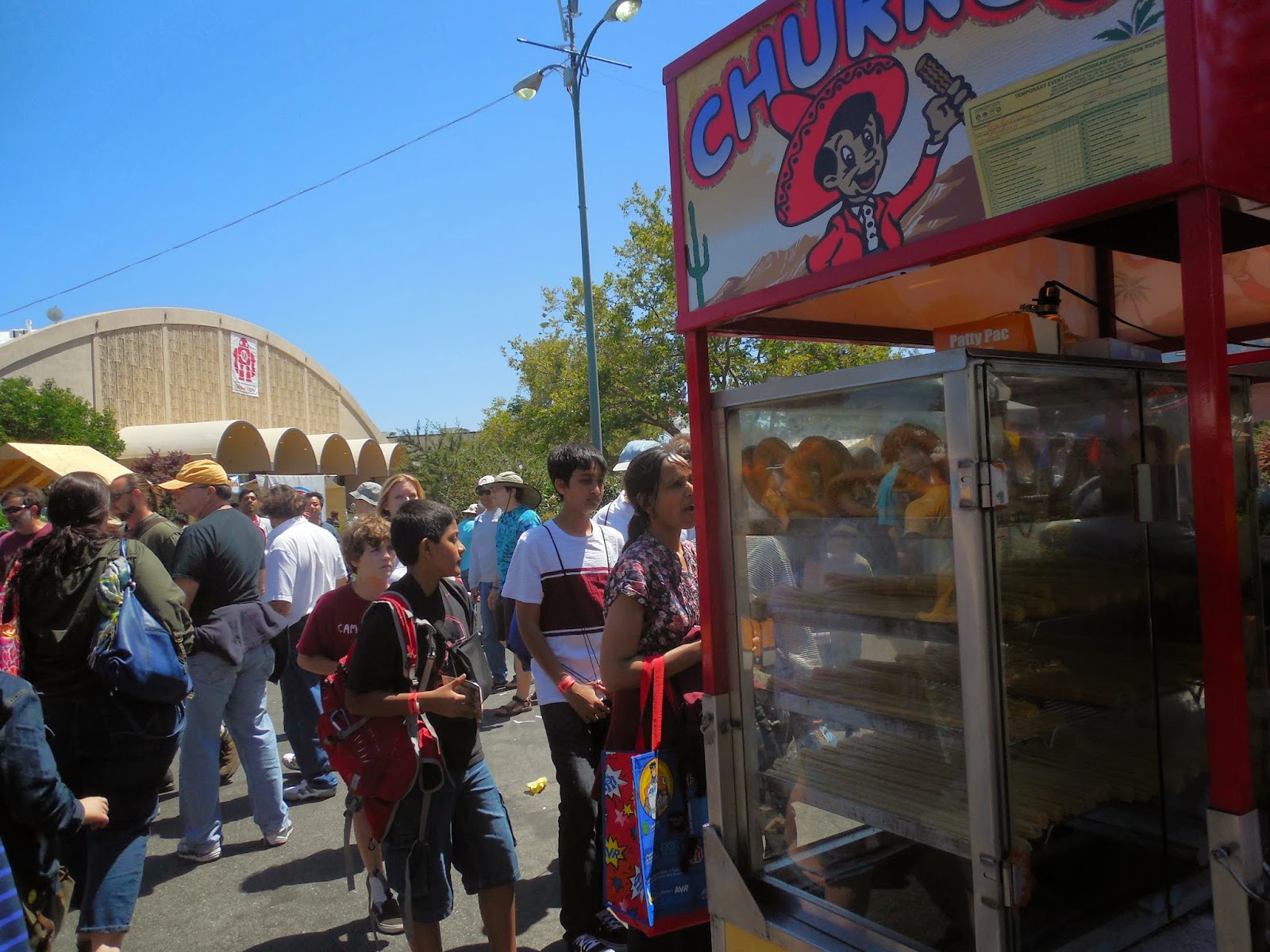 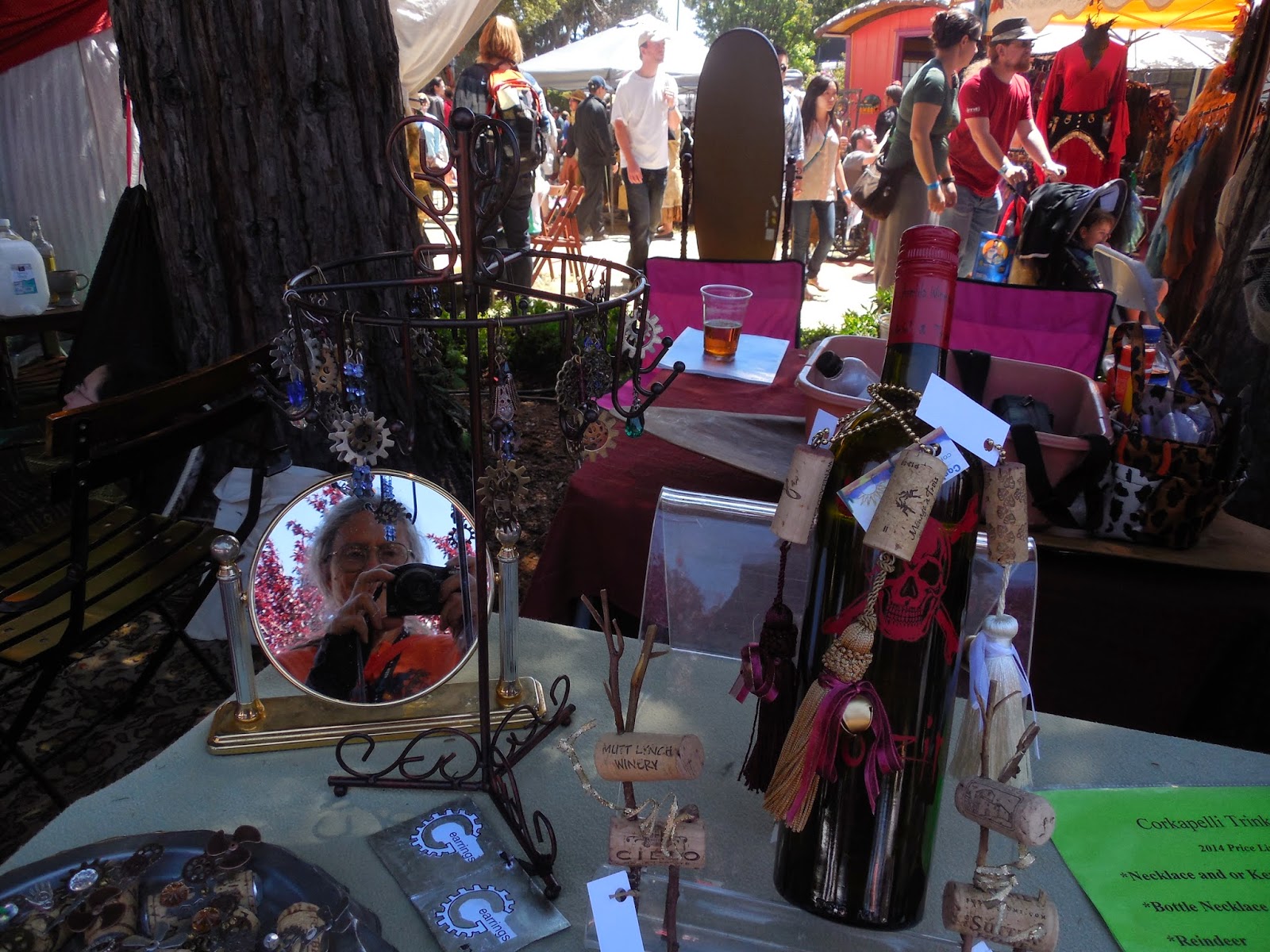 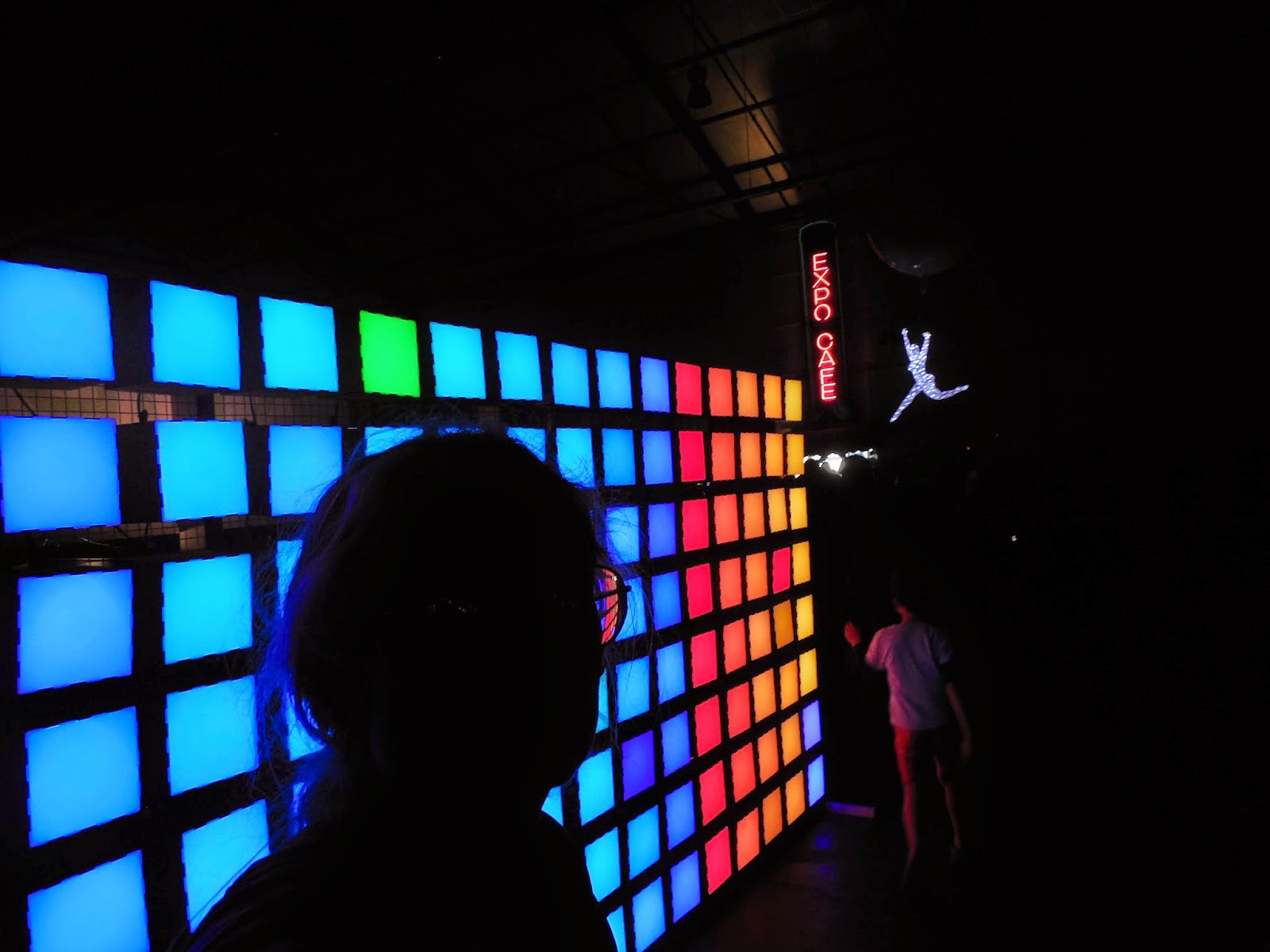 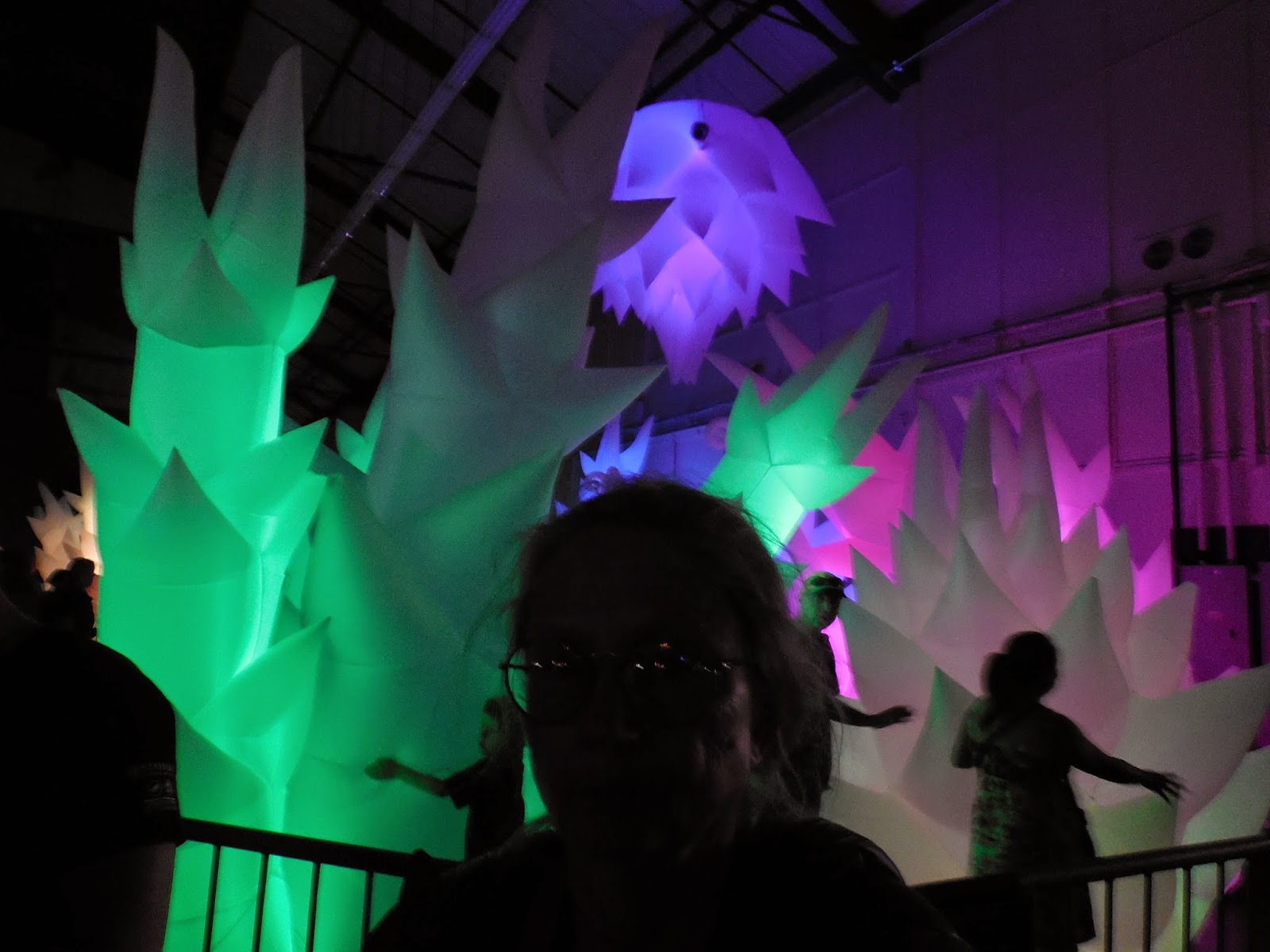 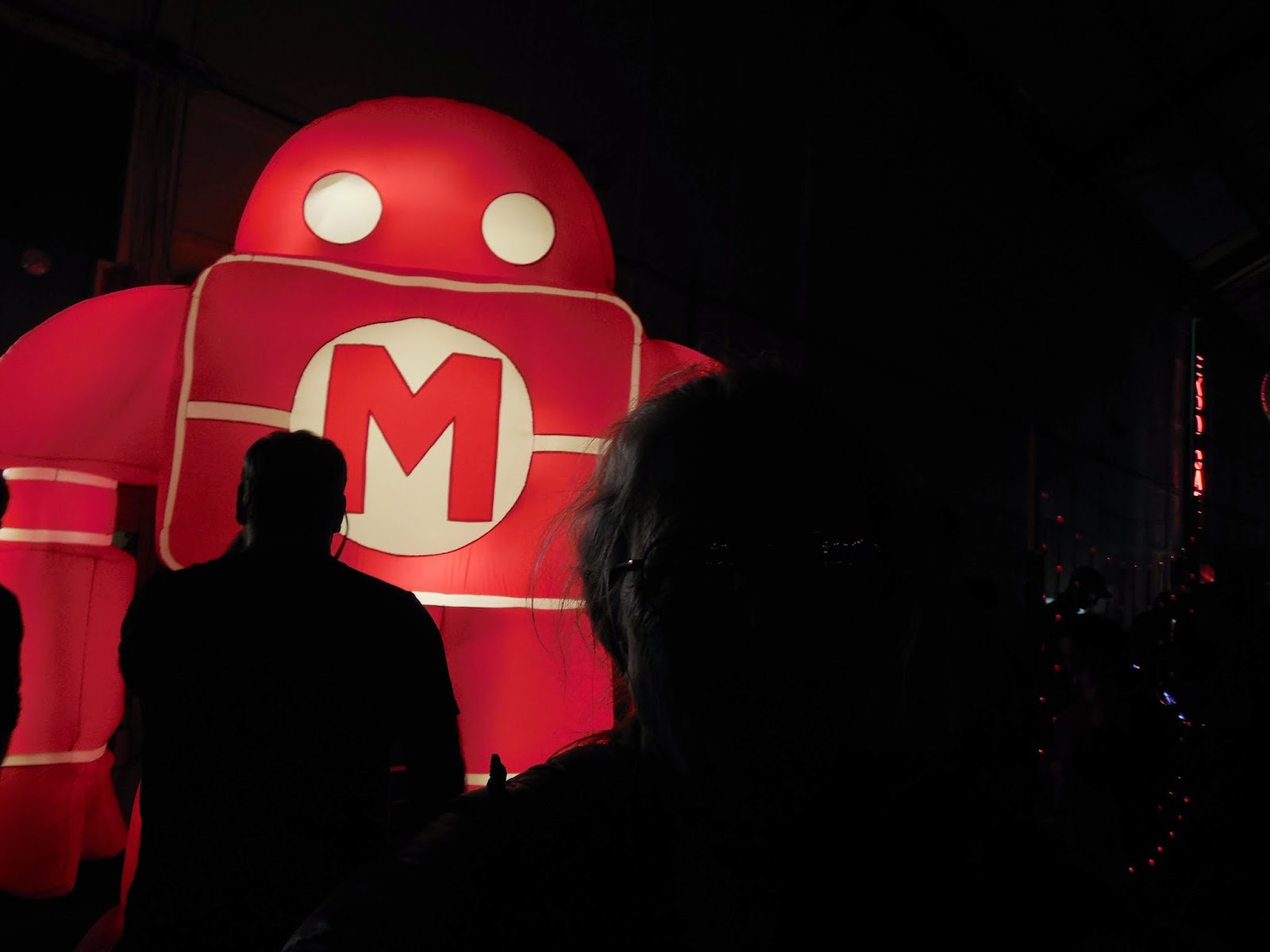 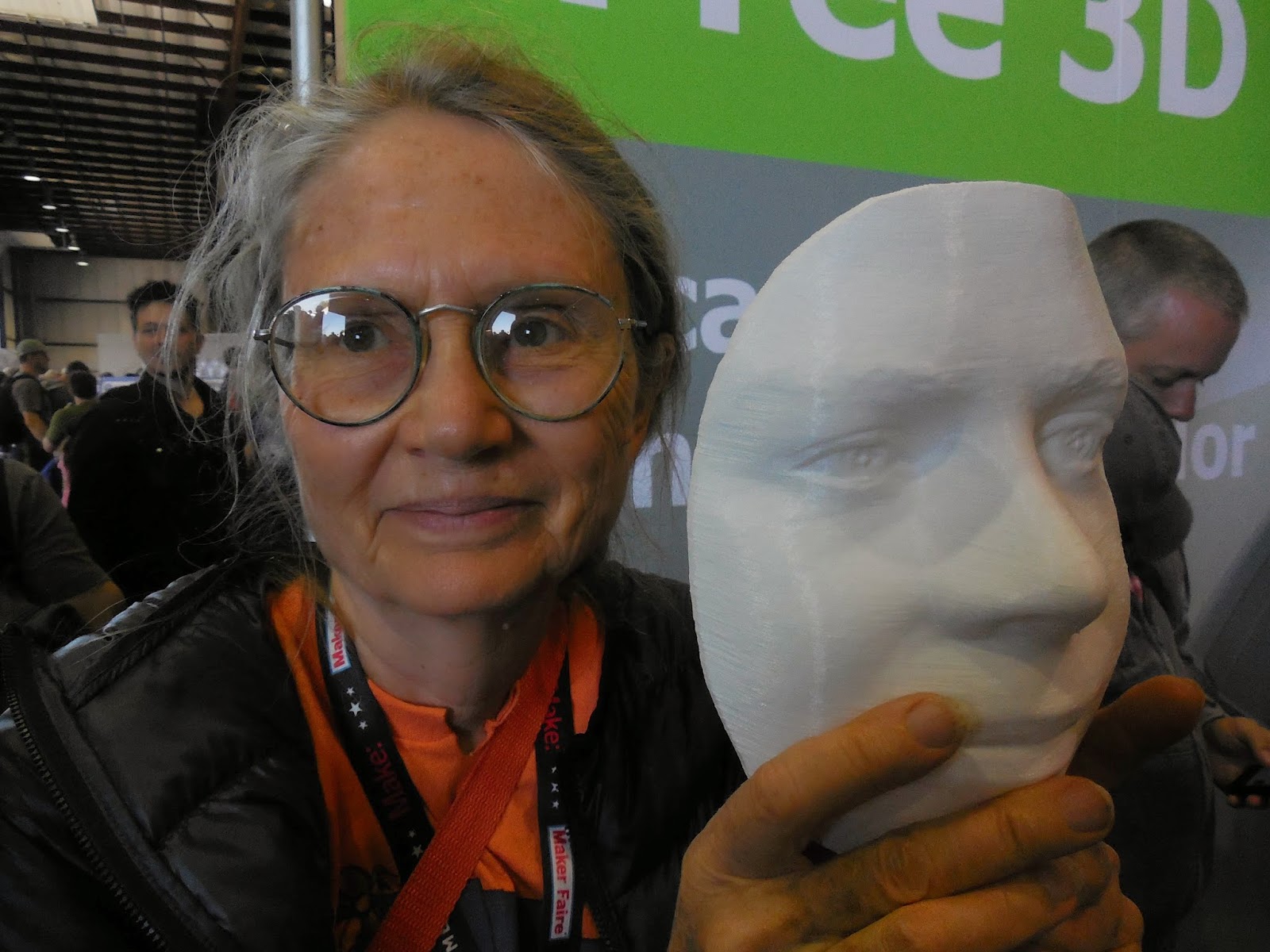 Capitalism, Socialism & my trip to the Maker Faire
What is capitalism?  "Buy low, sell high," you might say.  Well, yeah.
But, sadly, no "modern" definition of capitalism seems to include a morality clause too.  Wherever money is involved, all of our normally decent human values that we are so proud of seem to fly straight out the door.  Thus capitalism these days happily encourages the more greedy among us to follow the immoral examples of WalMart, Monsanto and Massey Coal without feeling even the tiniest twinge of conscience or guilt.
"It's just business."
But capitalism also strongly revolves around the idea that if one person or company is mass-producing a product, then that saves the rest of us from having to go to the time and trouble to individually produce this product ourselves too, down in our basements each night.
But, hey, isn't that also the definition of socialism too?
"Socialism is when the government owns the means of production," you might reply, "instead it being owned by capitalists".  Yeah, but....  Whether the government supplies the product or whether capitalists supply the product, the most important result is the same -- that you yourself don't have to reinvent the wheel down in your basement each night.  And to go it alone.  Someone else is reinventing the wheel for you.  And then manufacturing it too.  All you gotta do is pay for it.
Both capitalism's and socialism's basic concepts revolve around the production of products -- be they flat-screen TVs or healthcare -- all being all bundled together to save us from individually having to re-create what we need.  Because that would take each of us forever, right?
Thus, as I see it, the only true difference between capitalism and socialism is where the money ends up.  With socialism, the wealth that is created by bundling together our resources and labor to make a product will then be spread around among all of us -- while in capitalism, the wealth created by bundling together our resources and labor to create a product is not.
There's a moral here somewhere.  That you should hand-make everything that you need all by yourself?  That it's okay for the government to make products if they don't charge too much but capitalists should be allowed to charge as much blood as they possibly can squeeze out of us turnips?
Who knows.
But the main point that I am trying to make here is that capitalism and socialism are both cut from the same cloth -- the human need to band together to survive and to thrive.  And socialism seems to help us all thrive better -- whereas capitalism only helps a few to survive and thrive.  So it's up to us to make our choice as to which one we like best.  Or else to design a benevolent combination of the two where everyone wins.

And also we need to decide whether morality is important to us or not.
PS:  Recently I went off to attend the 2014 Maker Faire in San Mateo -- me and approximately 50,000 others.  Lately, I'd been hearing a lot about the so-called "Maker" movement and was anxious to go see what this was all about.
Basically, Makers are saying that they can replace large American factories and companies by once again bringing back the concept of cottage industries and making things on a smaller scale.  Thanks to the internet, 3-D printers and such, inventors can roll out their products and sell them to us as easy as pie.
If this is true, then we won't have to rely on the huge manufacturing capacity of industrial monsters like General Motors in order for America to stay in the manufacturing loop, right?
Well, the Maker Faire was both interesting and fun, but I sure wouldn't count on some of these products to replace Hewlett-Packard or Boeing any time soon.  The 3-D printers they had there were pretty much turning out costume jewelry and Lego wannabes.  One booth had a Ford car on display, which got me totally excited.  "You made this car with a 3-D printer?" I asked hopefully.  No.  Not even close.
And if you weren't a nerd, it was hard to sort out what all the exhibits at the fair were about.  And I was not a nerd.  So most of us non-nerds just focused on the two things that were focus-able-on:  Food concessions and steam-punk booths!
Although I did enjoy the fair a lot and was glad that I went, don't be looking for America's new Makers movement to be replacing all those massive Chinese manufacturing foundries and factories any time soon.
PPS:  I'm also currently reading Chris Anderson's book, "Makers," and he sez I got it all wrong -- and that the Maker type of production does involve more than just printing out glorified Legos on our Staples 3-D printers in our home office.  "Countless micro-manufacturers will help drive the next big movement in the global economy" because, according to Anderson, "anyone with an idea can set assembly lines in motion."  In motion in China?
PPPS:  On a more local level, here in my home town of Berkeley, "Maker" seems to be just another word for "Developer" these days -- as our beautiful city is being systematically gutted to make way for all sorts of expensive new high-rises and condos.  And to protect ourselves from these new "Maker" developers, we have started to put all sorts of voter-generated initiatives on the ballot.
Hey, we are becoming "Makers" too!  http://berkeleydailyplanet.com/issue/2014-05-16/article/42105?headline=Berkeley-Citizens-React-to-Council-s-Inaction-on-Minimum-Wage--By-Becky-O-Malley
Posted by Jane Stillwater at 6:02 PM