America's existential crisis: My trip to our collective subconscious

"Hey, wanna go to the movies tonight?"  Great idea.  Let's all go to the movies.  But how the freak can we -- when every single billionaire on the planet is screaming at us to stay home. 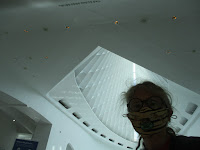 For instance, the World Health Organization has just hired an extremely pricey public relations firm, Hill+Knowlton, to scare us into believing that going to a Saturday matinee at the Paramount will only lead to horror and death in the afternoon almost equal to 9-11.  And this sketchy PR firm is also the same high-priced organization that worked really hard at convincing Americans that murdering thousands and thousands of women and children in Syria is a good thing and that Iraqis were trying to steal incubators to use for building their WMDs.  https://www.corbettreport.com/who-cares-what-celebrities-think-propagandawatch/

You can't even make this stuff up, right?  But Hill+Knowlton can.  https://www.thedailybeast.com/the-world-health-organization-hired-a-top-pr-firm-to-fight-covid-smears-in-the-us 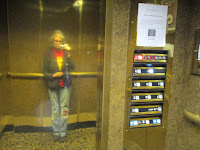 No movies.  War criminals.  No wonder Americans are going stir-crazy.  Our collective subconscious at this point is just not a good place to be.  I'm having an existential meltdown right now myself -- and you probably are too.  Not worth it.  Not worth it at all.  I can't stand it any more.  Please wake me up from this bad dream!


And while you're at it, pleeze tell Gates, Fauci, Trump and Big Pharma to stop it, just stop.  And tell Wall Street and War Street to get a life too (hopefully not mine).  Our future is far too dim these days.  Being part of the American collective subconscious journey right now is really a bad trip.

PS:  I just chatted with a local ICU doctor and she said, "It's all a matter of viral load.  If someone who actually has COVID sneezes or coughs on you, then you have just received a small viral load -- unless the sneezer was wearing a face mask or at least used a hankie.  But if a doctor or nurse works for 15 hours in an ICU unit filled with COVID patents, that's a really heavy viral load and that doctor or nurse might be in serious danger."  Oh.

So if we are being seriously exposed to COVID on a daily basis like ICU doctors and nurses are, then serious precautions need to be taken.  But if you are just wandering around the aisles of WalMart in search of emergency PopTarts, wearing three layers of masks and keeping 20 feet away from the nearest live human, then you are just being a wimp.

Americans need to start being Good Guys again -- and to get a grip.  Enough of all this existential angst about germs and terrorists.  What would Albert Camus do?  He's say "Screw The Plague.  Stop worrying about The Stranger.  Let's defeat all those corporate robber-barons and just get on with our lives instead."

PPS:  We've been living in face-mask isolation and lock-down limbo for over four months now -- and yet we're still more terrified than ever.  China, Taiwan and South Korea, on the other hand, recovered from their pandemics in approximately three weeks.  Even Sweden is now doing better than we are.  EPIC FAIL by America's most greedy.

And then there's what our taxpayer dollars are still doing to poor Yemen:
https://www.globalresearch.ca/israel-led-coalition-destroying-en/5719734

From a Stanford Nobel Prize winner: "I think that when we come to look back, we’re going to say that wasn’t such a terrible disease.  The deaths accounted for maybe one or two months of deaths normally, but the effect on the economy will be devastating, particularly for young people.  This should be a wake up call to young people to realize that it’s your world; the future belongs to you, and it is time [to decide] what is important for you."
https://www.stanforddaily.com/2020/08/02/qa-michael-levitt-on-why-there-shouldnt-be-a-lockdown-how-hes-been-tracking-coronavirus/?fbclid=IwAR2LvFT_1fNfHvpcGqGVPqRNfuqoUYwvOIdUeL_lXGL40w5fAAzmgyp8aao

Was the lock-down really necessary -- other than as a means to create America's existential crisis?  https://unherd.com/thepost/the-leicester-lockdown-was-not-necessary/

"There is an FDA Emergency Use Authorization (EUA) law which only allows the mass 'vaccination' program to continue if there are no other effective treatments.  There is also a EUA 'National Security' stipulation that requires a significant percentage of the population to be at risk of death, which is another reason why fraudulent false-positive testing is being used."  So.  Does this explain why Fauci, Gates and Big Pharma appear to want us to die instead of get effectively treated?  https://www.globalresearch.ca/national-security-alert-covid-tests-scientifically-fraudulent-epidemic-false-positives/5720271

Posted by Jane Stillwater at 8:44 AM