American taxpayers are now expected to pay for yet another national budget boondoggle that happily commits two-thirds of our hard-earned money to "defense".  American taxpayers have been price-gouged for over seven trillion bucks in the past 19 years for "defense".  Yet has any of this mind-boggling amount of money kept us safe from a virus that is smaller than a pinhead?

Our Congress just passed a law that will bail out big businesses and banksters who have "suffered" from the coronavirus.  Poor dears.  But will it help the average tax-paying schmuck on the street like you and me?  Hell no.  https://www.youtube.com/watch?v=FJ3hdx1knOM

It seems that one of the reasons COVID-19 is so virulent in Wuhan is that this entire city is wired up the wazoo with 5G -- which is known to weaken our immune systems.  South Korea also is wired up the kazoo for 5G.  So apparently is Seattle and the Grand Princess.  How can it possibly matter that we will have more intelligent appliances if we are dead?  And if this connection between 5G and low resistance to COVID-19 is factually true, then it makes perfect sense that the safest place we can possibly be these days is in a mud hut in the jungles of Africa -- or down in Tijuana where I am going next week. 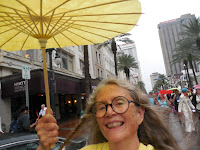 The Chinese government has just discovered that chlorquinine relieves symptoms of COVID-19.  That's the same stuff that cures malaria.  So while Big Pharma gets gifted with billions in a race to the bottom with yet another snake-oil vaccine, apparently all we really need in order to get ourselves cured is to drink lots of gin and tonic.

PS:  Why the freak is it up to me to explain the real truth about what is going on in the Middle East to millions of lazy Americans who fail to spend time on even the most basic Google research?  What?  I'm spozed to spend the rest of my life refuting obvious propaganda on FB -- one misinformed person at a time?  No thank you.  https://soundcloud.com/taylor-report/imperialism-losing-its-grip

American operatives in the Middle East have joined forces with the Zionists, the Saudis, NATO and al Qaeda to commit all kinds of monstrous war crimes in Syria.  I've been there myself.  I know about this kind of stuff.  Keep up, America.  Did you learn nothing after being lied to about Vietnam, Afghanistan, Bolivia, Yugoslavia, Iraq, Palestine, Libya, Venezuela, Chile, Cambodia, Ukraine, Wounded Knee, etcetera etcetera etcetera?  Apparently not.  https://www.ukcolumn.org/article/exclusive-vanessa-beeley-interviews-yemeni-ambassador-damascus

So why aren't I laughing?

And what can we do to stop ourselves from constantly being the pathetic brunt of all our military-industrial complex's sordid jokes?

Stop Wall Street and War Street from destroying our world.   And while you're at it, please buy my books.  https://www.amazon.com/Jane-Stillwater/e/B00IW6O1RM
Posted by Jane Stillwater at 10:49 AM