Immigration's third wave: "What goes around comes around..."

I'm currently reading Benjamin Madley's lengthy and obviously well-documented tome, An American Genocide.  This book is truly a hard slog.  I can only stand to read four or five pages a day.  Its appendices and footnotes alone take up 326 pages.  Good grief.  https://yalebooks.yale.edu/book/9780300181364/american-genocide 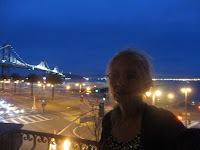 However, the simple gist of the book is only this:  "When the California gold rush began, immigrant American miners streamed into our Golden State by the thousands and then systematically slaughtered, exterminated and/or murdered almost every California Native in the state.  In cold blood."  It was a true bloodbath.

American vigilantes and militiamen shot, hung, drowned, scalped, burned alive and/or hacked to death every single California Indian they could find.  The elderly?  Women, children and babies?  Didn't matter.  They were all murdered in their beds.  Or bonfires were made of still-living babies -- who obviously burned faster and brighter.

And if that wasn't horror enough, our very own federal and state governments happily paid for the ammunition and matches for all this heartless slaughter as well.  And we even paid for this second wave of vigilante immigrants' horses, wages and supplies too.

California Natives comprised the first wave of immigrants to arrive on these golden shores.  For over 6,000 years, hundreds of thousands of them lived peacefully here.  And yet there are almost no American Natives left in California today.  Did you ever wonder why?  Now you know.

But what's the alternative to peaceful immigration?  That we Americans today will also become just like those heartlessly evil, baby-slaying and un-Christian gold rush miners -- murderers and pond scum with black marks on their souls and rotting in Hell at the end of the day?  (Having descended from seven generations of Methodist ministers, I recognize Hell-fire and brimstone when I see it!)

And with Americans already putting babies in cages at our border, conducting vicious ICE raids, gearing up concentration camps where people are already dying, and running a cruel "Remain in Mexico" policy for legal asylum-seekers, Americans today, just like our gold-mining ancestors, are also on the royal road to Hell.

Our planet has gotten so much smaller these days.  We are all now immigrants on this big blue marble.  Isn't it finally time to start making nice?


PS:  I'm going to San Diego to attend a book conference during the second week in March, and will have a few free days there before it begins.  http://www.leftcoastcrime.org/2020/index.html 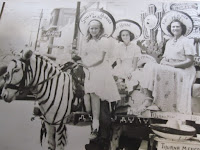 During that time, I would love to go down to the US border at Tijuana and see what our modern-day gold-mining evil-doers are up to with their deplorable "Remain in Mexico" concentration camps now.  Does anybody have any contacts in these camps so that I could go see them and then report back?  If so, please let me know.  Thanks.

PPS:  Immigration's fourth wave?  Not gonna be pretty.  If Americans blatantly continue murdering, bombing, torturing, pirating and farting around with the rest of the world's treasures, food supply, freedom, people, ecosystems and oil, those of us who will still be alive here after our made-in-America World War 3 are gonna have all sorts of Visigoths and Barbarians at our gates -- and boy, are they really gonna be pissed off!

"What goes around comes around..."

We Americans can do better than this coronavirus infection of murderous hatred.  Much better.

Stop Wall Street and War Street from destroying our world.   And while you're at it, please buy my books.  https://www.amazon.com/Jane-Stillwater/e/B00IW6O1RM
Posted by Jane Stillwater at 11:26 AM