Christmas Day in America: To be old, hungry and Black....

Christmas Day was a truly grim eye-opener for me this year.  "How many starving, homeless and desperate people existed in Jerusalem back when Jesus was alive?" I asked myself.  "And were there as many lonely desperate outcasts to be found in Bethlehem 2019 years ago such as the ones I had just seen standing in line and patiently waiting for food in front of Glide Memorial Church in San Francisco on this current December 25th?" 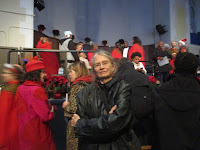 It's two millennia later.  Here in America.  The land of the free and the home of the brave.  2019 years after Herod.  After 2000 years of so-called hope and progress?  And yet there they all were on Christmas Day 2019, hundreds of them, stretching far down the block and around the corner, cold and hungry and homeless and desperate.  And most of them were old and Black, having been systematically ground down to the nub by America's racism -- from the day they were born in their mangers.

I was so very shocked to my core to see so many hungry desperate people all in one place.  On Christmas Day.  In a land claiming to be "Christian". 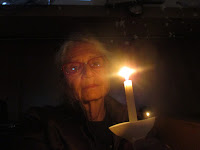 All I could do was go home to my cozy little apartment and try to block out these dreadful images with eggnog.  Eggnog didn't work.  I had just seen the ghost of America's Christmas future and it had terrified me -- a future where, if Americans don't finally start acting more Christ-like, we too, sooner or later, will all end up like the desperate people I saw yesterday -- and there will be no "Joy to the World" for any of us ever again.  https://www.simonandschuster.com/books/Civilized-to-Death/Christopher-Ryan/9781451659108

Let us hope that this horror never happens -- and then let's all go out and make sure that it doesn't.  It's time that we take Christmas back from the corporate billionaires, the war-mongers and the haters.

Stop Wall Street and War Street from destroying our world.   And while you're at it, please buy my books.  https://www.amazon.com/Jane-Stillwater/e/B00IW6O1RM
Posted by Jane Stillwater at 2:18 PM