Your vaccine preservatives: The gifts that never stop giving

Wait, what?  Pharmaceutical companies now have vaccine commercials running on our TVs -- right next to all those other phony drug propaganda campaigns?  "Ask your doctor if this vaccine is right for your child...."  Except now there's another weird twist to their game.

At the end of all those other drug commercials that we are forced to watch, there comes a point where some trust-worthy-sounding voice-over guy is spozed to tell us what the side-effects are.  You know what I'm talking about, right?  And yet what actually follows in Big Pharma's new vaccine commercials is just dead airtime.  Total silence.  What?  No side effects are even mentioned?  No side-effects even exist?  Nothing could ever possibly go wrong?  Really?  Not even an "Ouch" from your baby?  How can that possibly be?

It's because our very own CDC has actually passed a law telling us that vaccines never have to list their side-effects.  Never.  Huh?  https://www.sacbee.com/news/politics-government/capitol-alert/article24913978.html

But does objecting to all this new false reality automatically make me one of those ostracized media-lepers with the dread label of "Anti-Vaxxer"?  No, no, no and no.  Truth be told, I actually sort of like vaccines.

So many horrible and deadly diseases have been prevented due to the wonderful invention of vaccines.  If they had been around at the time of Columbus, for instance, approximately 20 million "New World" natives wouldn't have died painfully from small pox.

And just imagine how different medieval Europe would have been if GlaxoSmithKline, Merck or Pfizer had just come up with a vaccine against Black Plague back in the day.

And the reason that I myself haven't spent most of my life vegetating in some gross Iron Lung or limping around with a withered arm or shrunken leg is because someone invented a polio vaccine.

However, my own polio vaccine was administered orally.  And my small pox vaccine was administered topically.  But that was old-school  For most vaccines nowadays you get shots -- shots that go directly into your bloodstream.  72 different doses of injected vaccines are currently required for our babies and little kids alone.  72 doses going directly into their cute little bloodstreams, each one swimming in a preservative usually consisting of aluminum, formaldehyde and one of the main ingredients in "Round Up".

But, wait.  That's not even anywhere near the end of us getting shot up.  There's even more shots to come!  Now the pharmaceutical industry informs us that we also gotta have a measles booster every five years and a flu shot every winter for the rest of our lives.

None of that bothers me however.  I've already been given the polio vaccine and the small pox vaccine.  And I've already actually had the mumps, chicken pox and measles.  I don't need flu shots because I never get the flu.  I'm good.  I never have to be injected with sleazy vaccine fillers and preservatives for the rest of my life.  The pharmaceutical industry hates people like me.  We are not their gift that keeps on giving.

But our children and grandchildren are.

And apparently Americans can live with that.

But suppose -- just suppose -- that those gross fillers and preservatives in vaccines do cause autism, altzheimers, eczema, multiple sclerosis, androgyny, Parkinson's, ADHD, increased auto-immune diseases, the sudden and weird increase in "childhood cancer" and a whole list of other health issues that have cropped up so heavily since 1989, the year that Congress allowed vaccine manufacturers to become far less regulated and leashed.  Shouldn't we be just a little bit upset that no research is being done on possible side effects?  That we just take Big Pharma at its word?  Seriously? https://thevaccinereaction.org/2019/06/a-nation-where-half-of-the-children-become-autistic/

Everyone gets their knickers all in a twist because certain breakfast cereals may contain a Round-Up ingredient -- yet no one seems to care when we pump this same dangerous ingredient into our babies' bloodstreams?  What's up with that?  https://www.cbsnews.com/news/glyphosate-breakfast-cereal-still-contains-roundup-ingredient-study-finds/ 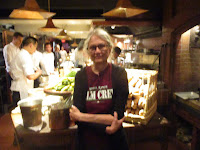 And we are all sternly warned not to cook with aluminum foil due to health risks -- and yet aluminum is still a major preservative in those vaccines that are shot right into our helpless babies' veins on the very day they are born and then for the rest of their lives -- but nobody seems to mind about that either?  We live in a very strange world.  https://www.healthyandnaturalworld.com/aluminum-foil-risks/

But even if Congress actually did force Big Pharma to finally allow science to actually do any research on the side-effects of vaccines' preservatives -- and even if this research did prove that Round-Up, aluminum and formaldehyde actually did have side-effects when shot directly into the human bloodstream, none of this research would effect me.  I'm safe.  Your babies aren't safe.  You yourself aren't safe.  But I am.  I'll never be required to get another shot.  Or be guilt-tripped, shamed or brainwashed into getting any more shots either.

Vaccine fillers and preservatives are truly the gifts that keep on giving -- to Big Pharma only, over 60 billion dollars in profits recently.  But all we get are...shot.
Shouldn't we be doing something about this disaster?  If nothing else, for instance, let's demand that pharmaceutical companies invent vaccines we can swallow instead of getting shot with.  Chocolate flavored vaccines?  Sure, why not.

PS:  Let's suppose, just suppose for one minute, that the rapid increases in all these miserable diseases that currently effect us actually are the result of all those yucky fillers and preservatives gleefully administered to you in a constant life-long parade of vaccine shots?  Drug companies would be (and are) totally delighted with that situation too.  Now almost every single red-blooded American in this great land will now constantly require ADHD medications, eczema creams, Alzheimer pills, heart medications and on and on and on.  Endlessly.  Drug profits through the roof!  Better run out and buy stock.

PPS:  I actually have done some of my own personal (sort of) scientific research on this subject.  For instance, one of my daughters received the MMR vaccine and immediately developed eczema -- which she still has to this day, 30 years later.  Yuck.  https://thevaccinereaction.org/2019/06/another-mmr-failure-with-mumps-outbreak-in-florida/

Further personal research:  I also gotta confess that I actually did get vaccinated a few more times -- with disastrous results.  When I went into the Peace Corps back in 2009, they forced me to get a whole bunch of shots.  "Either that or you go home."  Oh.  Okay.  Just like all those thousands of American soldiers who were forced to get all kinds of shots during Bush Senior's dirty little Gulf "war" -- and who later got all kinds of horrible life-long reactions as a result.

The good news?  Thanks to the Peace Corps I am now theoretically protected from catching rabies, hepatitis A and B, meningitis, diphtheria and tetanus -- plus I also shot up with vaccines for measles, mumps, rubella and polio (which I'd already had) for good measure.  The bad news?  I passed out cold after each shot -- and then became so disoriented over the next few months that they had to ship me back home anyway.
It was almost like having Altzheimers -- or being autistic.

Stop Wall Street and War Street from destroying our world.   And while you're at it, please buy my books.  https://www.amazon.com/Jane-Stillwater/e/B00IW6O1RM
Posted by Jane Stillwater at 2:50 PM