People may think that I don't like the Republican Party -- but actually I really am quite a big fan.  Why?  Because the GOP changed my whole life!  Have you ever experienced that special "Come to Jesus" moment when suddenly that new path that your life needs to take suddenly becomes crystal clear?  I have.  And I owe my entire "Road to Damascus" experience to Republicans.

Remember when George W. Bush stole the 2000 presidential election (we coulda had Al Gore, avoided 9-11 and not lost the "war" on Iraq if only more Americans had protested this fraud)?  That is how I became one of the world's first bloggers -- because those dirty election-stealing Repugs actually got me that pissed off.  And I currently have over two thousand blog-post articles to prove it.  Thank you, Repugs!  http://jpstillwater.blogspot.com/2004/12/

And now, 18 years later, the Republicans are still pissing me off -- and they are still out there stealing our elections as well.

So?  What's my point here?  Let's just take a look at the logic involved in the recent Senate race in Texas to see where I'm going with this.  Beto O'Rourke is an honest likable candidate, a third-generation Texan with a proven track record and a fabulous grassroots campaigner.  Ted Cruz looks and acts like Count Chocula, represents the worse interests of Texans, takes millions in Wall Street PAC money, runs a dirty campaign and has a dismal record of being in the pockets of every single lobbyist in DC that you would ever want to hate.  Yet Ted Cruz "won" the election.  What's wrong with this picture?

I simply don't know how Cruz managed to pull off a win.  But knowing the history of Republican election "wins" like I do, there has to be some sort of hanky-panky going on.  Leopards just don't change their spots.

Listed below are some of my more popular theories about what happened in Texas on November 6, 2018:

1.  Cruz flat-out flipped the vote.  Easy to do.  We already know that Dallas County was using illegal wi-fi equipment on election premises -- the easier to hack voting machines with.  Plus Dallas County's voting chaos on election day looked like something designed by SNL.  https://truthout.org/articles/new-evidence-shows-texas-senate-race-is-vulnerable-to-manipulation/

2.  ES&S voting machines were involved in this election -- always a bad sign.  They are totally hackable.  So easy that even Sheldon Adelson, some unnamed Saudi prince or a 12-year-old kid with a modem can figure it out.  https://www.nytimes.com/2018/02/21/magazine/the-myth-of-the-hacker-proof-voting-machine.html 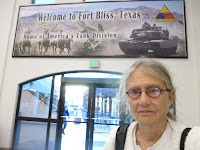 3.  Lies.  Cruz's attack ads were horrendous.  I would be embarrassed to see children watching these ads.  Ugly lies.  And Cruz also lied about himself.  "Tough for Texans"?  Ha.  More like "Tough on Texans -- but easy on Ted's bank account".  The guy used to be a DC lobbyist before he suddenly became a "populist".  You do the math.  https://theintercept.com/2018/10/01/ted-cruz-lobbyist-google/


4.  This one is my favorite -- and you heard it here first.  I think.  Beto had thousands of volunteers working on his campaign.  School teachers, librarians, millennials, retiree, me.  There were thousands of us.  Cruz only had 18 (eighteen) paid staff members working for him.

"So how did he run his campaign?" you might ask.  He didn't.  Governor Greg Abbott ran it for him.  Wha?

Did Cruz and Abbott criminally break the law by using Texas state funds, employees, time and money to try to elect Cruz?  Most likely.  We already know that Republicans, like petulant two-year-olds, simply cannot resist temptation when it comes to getting their own way.  But isn't something like that criminally illegal?  And isn't anybody but me gonna ask any questions about that?

5.  Texas presumes to be a Christian state, right?  So no Texan who has ever read (and understood) the Bible and who wants to be a good Christian would ever even think about voting for Cruz -- whose Golden Rule seems to be, "What's mine is mine.  And what's yours is mine too."  So if no true Christians voted for Ted, then who did?  What would Jesus do?  Chase the money-changers out of the voting booth!

6.  How come so many people voted down-ballot for Democrats but still chose to vote up-ballot for Cruz?  It just doesn't make sense unless the voting machines were hacked.  Something Baskerville-ish is going on here, Watson.  The game is afoot.  And apparently the dice are loaded too.  https://jpstillwater.blogspot.com/2018/11/how-come-beto-suddenly-lost-there-we.html

7.  Cruz used to be a professional lobbyist.  His whole freaking job used to be to manipulate the will of the American people to do his own bidding.  Why would he stop now -- now, when he so desperately wants to get his hands into the Senate cookie jar (again)?

So.  Let's review.  Did Cruz actually steal the 2018 Texas senate election or not?  I think yes.

Republicans have proven time and again that they just can't resist the temptation to tamper with our American election process.  Putin is being wrongly accused of hacking our vote.  The Republicans did it!  Again and again and again.  So why would Cruz and his Repug pals change their spots now?  There was just too much to lose.  "Some will rob you with a six-gun, some with a fountain pen...."  http://www.sovereigncanadian.com/music/woody-guthrie-pretty-boy-floyd/

Stop Wall Street and War Street from destroying our world.   And while you're at it, please buy my books.  https://www.amazon.com/Jane-Stillwater/e/B00IW6O1RM
Posted by Jane Stillwater at 10:50 AM