Why sanctioning Iran is a stupid idea...

Every weekend I trudge down to the Berkeley flea market to get a deep-tissue massage from Dr. Zhu and his staff.  Just 20 bucks.  Best deal in the whole Bay Area.  And while I was wandering around other stalls at the flea market afterward, I got to chit-chatting with some older guy regarding my latest favorite hot topic -- cut-throat world banking and cold-hearted central banks..

"It's not what you think," said the old man.  It isn't?  "No.  There aren't a whole bunch of huge central banks in the world.  There is really only one -- the hegemon super-bank.  That's the only central bank that really counts."  What?  My wonderful Berkeley co-op credit union doesn't count any more?  Humph.

"Hundreds of years ago, top banksters met in Antwerp and decided that the most powerful country in the world should also be the site of the most powerful bank in the world -- because said hegemon bank would be safest that way.  And thus, after World War II, this super-bank was moved to the United States because everyone in the bankster mafia back then agreed that America was [literally] da bomb.  Breton Woods and all that shite sealed the deal.  http://www.g8.utoronto.ca/scholar/bailin/bailin2000.pdf

"But now, by mutual agreement, the world's main hegemon super-bank has been moved again.  It is now located in China."  Okay.  If you say so.

"Absolutely.  Top banksters here used to send their kids to Exetor or Andover and then on Harvard.  Now they just hire Mandarin-speaking nannies, send their children to the University of Beijing and buy them fancy condos in Shanghai -- hoping to catch some crumbs from the table of Rothchilds gone Asian."  Who knew?  https://www.youtube.com/watch?v=14ZHRBfpeNg

"The king is dead, long live the king, as the old saying goes.  But that will only happen when America's banking power is completely diminished."  And so?  The guy was starting to lose me here -- but only because the BBQ chicken three stalls over smelled really good.

"And so here is where the Trump administration comes in."  Hmmm....  "Think about it.  Trump has systematically done everything he possibly can in the past two years to make the world hate America.  He's kidnapped (and/or murdered) babies, moved the American embassy to Jerusalem, slept with hookers, screwed the environment, nominated Bret Kavanaugh, advocated coat-hanger abortions, denounced the Paris climate accord and given racists and fanatics a cozy new home.  But Trump was actually hired to do just that -- and I gotta say that he's doing a hecka good job at it too."  https://www.ibtimes.com/child-dead-after-ice-detention-center-stay-due-negligent-care-immigration-lawyer-2704521

But what about the nuclear deal with North Korea that Trump brokered?  Didn't the whole world love that?  "China orchestrated that one completely.  All Trump had to do was show up.  They coulda just sent over a cardboard cut-out of Trump.  Same effect.  China wins."

But what about Russia?  "The whole world loves Russia right now because Russia does things that make sense.  Putin is a hero.  So by dissing Putin and constantly screaming their lungs out about this crazy RussiaGate fantasy, Americans just look like fools.  Mission accomplished.  Again."  Seriously?  "Yep."  https://blackagendareport.com/bizarre-facebook-path-corporate-fascism

So how does all this current bankster-born hype apply to the Middle East?  "Piece of cake.  China finally stepped in regarding Syria and so sent a clear message to Israel, Britain and America that China was in charge of Syria now -- and if America and friends didn't like it, they would very soon be without any banks at all."  China can do that?  "You bet your boots that it can."

But what about all of America's military might and nuclear arsenal?  Does that not count for nothing?  "That illusion would last about two seconds if China's hegemon bank crossed the USA off its financial dance card.  We Americans would be far too busy trying to get roofs over our heads and searching dumpsters for wilted lettuce to even think about funding a military complex."  https://www.codepink.org/26_killed_funded_by_blackrock 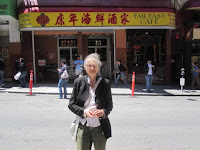 But what about Israel?  "China's interference in Syria has also sent a clear message to the Israelis too.  Netanyahu and friends can either choose to get with the program or else keep their star hitched to the sinking American ship.  I bet you anything that the Israelis will soon see the light.  They are total opportunists, have no loyalties at all.  They will kiss China's butt in a nano-second now that they've seen the handwriting on the (wailing) wall.  They don't care about religion.  They care only about being bitch to the current top dog."

The same holds true for the Saudis, I bet.  No matter how much oil they produce, they'd still better watch their backs.  They think that they are Allah's gift to the world?  Not.  Nobody likes them either and they are definitely not in either Allah's or China's good graces right now.  Or mine.  https://www.theglobeandmail.com/canada/article-saudi-arabia-expelling-canadian-ambassador-freezing-trade-with-canada/

But what about Palestine?  "Just you watch.  Suddenly Israelis will start calling Palestinians their BFFs -- if that's what it takes to make China happy.  Israelis will even start sucking up to Hamas and even start welcoming Freedom Flotillas to Gaza with open arms, serving their crews tea and bagels on deck." https://21stcenturywire.com/2018/08/04/important-update-on-the-zionist-storming-of-the-gaza-freedom-flotilla-al-awda-by-doctor-on-board/freedom-for-gaza/

But what about all those sanctions on Iran?  "That's just a joke -- a joke on America.  Iran will simply turn to China for everything that it needs, making China even more powerful and leaving Europe bereft of cheap oil and America sucking its thumb.  Just that one simple act by China in Syria has showed us all that."

But what about all those Giants T-shirts that are being sold over there at the flea market stall next to the chicken?  "Ha!  Bad example.  They too are all made in China!"
https://www.youtube.com/watch?v=3cHqL5P5gQU&t=7s

PS:  Speaking of kidnapped babies, I recently picketed a humongous ICE "processing center" in Aurora, Colorado, where dozens of the parents of those 700-odd kidnapped babies are being concentrated into internment "camps" -- a thousand miles away from their precious little ones.

And wanna know where so many of our income tax dollars are being kidnapped off to as well?  At least the ones that haven't already been kidnapped by banksters and war profiteers that is?  Look no further.  Our dollars are serving as ransom to pay for all those freaking ICE facilities all over America.  Millions and millions of our very own income tax dollars went into building that gigantic monstrosity in Aurora.  And I made this video to prove it too.   https://www.youtube.com/watch?v=Pu_LzFJ8kzA&t=60s