Cold-hearted I.C.E gets its freak-out on (again)

There I was, sitting in an immigration-hearing courtroom on Sansome Street -- with my jaw dropped in shock.  I'd arrived at the courtroom late, having been summarily distracted by the beauty of the San Francisco waterfront on my way over.  The immigrant's attorney had stood up to plead the immigrant's case.  But where the freak was the immigrant himself?

"I'm sorry," said the judge.  "Your client has just been shipped off to the I.C.E. processing center in Aurora, Colorado.  He will not be here today."  Yikes!  I just got back from there.  The place is a dump.  https://www.youtube.com/watch?v=Pu_LzFJ8kzA&feature=youtu.be

"Nobody informed me of that," replied the surprised attorney.  His jaw probably dropped too.  The immigrant's wife burst into tears.  She was seven months pregnant, a high-risk pregnancy at that.

"I object to this sudden change of venue," said the attorney -- as well he should.  We all did.  The courtroom was packed with the immigrant's supporters.  Who knew that our guy had already been kidnapped without legal warning?  Their jaws all dropped too.

The judge was sympathetic.  "I am sympathetic," he said.  "I will continue working to bond your client out.  I.C.E. has the authority to bond him out at any time or even to release him altogether -- instead of just holding him in endless detention."  And making us taxpayers pay for it too.  That's just mean. 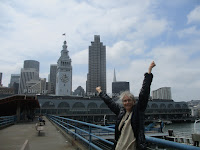 But why should I.C.E. do something low-life like that anyway?  Apparently I.C.E. has been ordered from the top down to turn American immigrants' lives into Living Hell -- by any means that I.C.E. can dream up.  So I.C.E is just obeying orders.  And I.C.E. has really gotten its freak on behind it too.
https://www.yahoo.com/news/ice-withheld-deported-parents-apos-023644301.html?soc_src=hl-viewer&soc_trk=fb
So much for "Give me your tired, your poor...whatever."  Apparently America no longer needs anyone else to come here with "a yearning to breathe free".  And, based upon their illegal actions since even before all those Gulf of Tonkin lies and "fixing the intelligence" in Iraq, the American military-industrial complex no longer seems to need any of us who are already here to breathe free either.  We are all being screwed.

Stop Wall Street and War Street from destroying our world.   And while you're at it, please buy my books.  https://www.amazon.com/Jane-Stillwater/e/B00IW6O1RM
Posted by Jane Stillwater at 4:29 PM