"Odor in the court!  The judge is eating beans!"  But something else also stinks about the American justice system -- mainly that, for many of us, there is very little justice here.  True justice is only achieved when laws are applied equally to all Americans.  It is only after judicial equality is achieved that we can claim to be a civilized nation living under the all-important Rule of Law.  Otherwise our courts are just merely farting around.

And this very same definition of justice also applies on an international level as well. 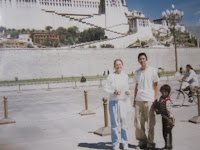 Since World War II, America has been given free reign to commit the most atrocious war crimes since Stalin, Hitler and Genghis Khan -- and yet no international court of law has even attempted to stop the USA from committing these war crimes or even to slap its hand or give it a time-out.  Murdering thousands of Christians at Sunday prayer at a church in Nagasaki, spreading Agent Orange all over Vietnam and carpet-bombing Cambodia?  Not to mention the horrors of "wars" and proxy "wars" in Iraq, Libya, Syria, Palestine, Afghanistan, Honduras, Ukraine, Haiti, Yemen, etc. that violate almost every Geneva Convention there is.  War-Crimes R Us.  https://consortiumnews.com/2014/08/09/the-very-un-christian-nagasaki-bomb/

"He gassed his own people," Americans were constantly told regarding Saddam Hussein.  Huh?  Saddam hardly didn't even eat beans.  And yet America has been gassing its own people since 1776 -- from Wounded Knee and the New Orleans slave markets to Selma, Waco, Baltimore and beyond.  That's hypocrisy.  That's hubris.  That's cutting the cheese.  But let's move on.

Suppose Saddam Hussein had been brought before The Hague for judgment instead of Americans just assuming he was guilty enough to justify the slaughter a million Iraqis?  Just think of the five or ten trillion $$$ we would have saved.  https://www.icc-cpi.int/pages/situations.aspx

And then there's Israel, the Saudis and the FUK-US coalition (France the United Kingdom and the US) who are still enthusiastically committing war crimes in the Middle East every single day -- even as we speak.  If only the world would put them on trial at The Hague instead of letting them murder and slaughter like Jack the Ripper on a rampage, then just think of all the money we would save there too.  To paraphrase John Donne, "Send not to know for whom the gas was passed.  It was FUK-US." http://21stcenturywire.com/2018/05/02/in-honour-of-the-syrian-arab-army-and-allies-war-on-terror/

And think of this also -- if all these American super-villain war criminals and their allies were caught and jailed, then we wouldn't need to be scared in our beds every night, terrified that the world is a terrifying place.  Why?  Because it wouldn't be.  The bad guys would all be in jail.

Plus we could easily put all of our kids through college with the trillions of dollars we will have saved.  Just think of The Hague as one gigantic 401-K.

We could also sleep better at night knowing that our country was not out there in Libya, Ukraine, Iraq, Syria, Haiti, Yemen, Gaza, etc. committing war crimes and venting jockey-bomb poots in our name.

You get the idea, right?

Now go do something about it.

Stop Wall Street and War Street from destroying our world.   And while you're at it, please buy my books.  https://www.amazon.com/Jane-Stillwater/e/B00IW6O1RM
Posted by Jane Stillwater at 10:25 AM