The good news is that, for at least the next few months, several million Americans will live a little bit longer because they will still have affordable healthcare.  Even though it's not single-payer healthcare (which could save millions more American lives and cost billions of dollars less), it's still better than Trump-Ryan-McConnell-Don't-Care by a long shot.  But then this isn't really news at all, right?  Just the same old story of our corporate-sponsored government vs. what Jesus would have done.  Boring.  Nothing to see here, folks.  Let's move on.

The bad news is that I just got into a big fight with a friend of mine over RussiaGate.  https://consortiumnews.com/2017/07/09/ten-problems-with-anti-russian-obsession/
"The Trumps should be arrested," my friend shouted at me, "for using Russia to influence the 2016 presidential election!"
"But what about the Clintons and their use of the Saudis and Israelis to influence the 2016 election?" I replied.
"But that's completely different."
Is it now?  In exactly what way?  Israelis have used the American Israel Public Affairs Committee (AIPAC) to rule our elections with an iron hand for the past four decades, and the Saudis have used the Clinton Foundation to influence our elections by donating all kinds of $$$$ to it.  But nobody appears to be whining their little hearts out about that kind of stuff.  https://www.nytimes.com/2016/08/21/us/politics/hillary-clinton-presidential-campaign-charity.html
"Yeah, but..." countered my friend.  "Both AIPAC and the Clinton Foundation are run by Americans, not foreign nationals."  And that makes it okay?  Americans who are unregistered agents of foreign countries are supposed to declare themselves according to the Foreign Agents Registration Act, Section 22 et seq.  Or perhaps these Americans are just committing treason?

Is my friend really actually trying to tell me that, "Treason is okay -- just as long as it doesn't involve Russia...." 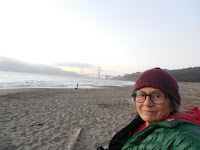 Then I replied, "But AIPAC and Israel have tried to influence the outcome of almost every single American federal election in the past 50 years -- and in the past few decades, almost no politician has been sent to Washington without AIPAC's stamp of approval.  Just ask former congresswoman Cynthia McKinney about that one."  Not to mention Israel's grim influence in attempting to sink the USS Liberty 50 years ago today.  http://usslibertyveteransblog.org/cong-jerrald-nadler-accepts-discredited-version-of-uss-liberty-attack-1378/
"But what about Barbara Lee?" answered my friend.  Geez Louise.  Bad example.  Rep. Lee is what we call a PEP -- Progressive Except for Palestine.  In America, PEPs are elected all the time.  Even Al Franken and Bernie Sanders are PEPs.  But you never ever hear of any PER (Progressive Except for Russia) getting elected.  In fact, according to spell-check, that isn't even a word.  https://972mag.com/gaza-will-be-unlivable-next-year-not-2020-as-the-un-says/128598/

Nobody on The Hill dares to cross Israel or the Saudis -- for fear of not getting re-elected.  And yet almost everybody on The Hill feels free to bad-mouth Russia.  I rest my case.  https://www.thenation.com/article/congress-has-removed-a-ban-on-funding-neo-nazis-from-its-year-end-spending-bill/
PS:  No, wait.  I don't rest my case either.  Have you ever gotten yourself into a debate and then gone home and told yourself, "Good grief, I shoulda said this..."  Well.  Perhaps what I should have also said to my friend is, "Donald Jr. talked with some Russian attorney?  HELL, REAGAN KEPT AMERICANS HOSTAGE IN TEHRAN for months in order to get elected -- and later even illegally sold weapons to Iran during the Iran-Contra scandal when our ally Iraq was at 'war' with Iran.  But nobody complained about that.  You never heard of ReaganGate.  Of course you didn't."

Not to mention that Nixon totally screwed the Paris peace talks with Vietnam in order to get elected, causing the grim and unnecessary deaths of hundreds of American soldiers.  Where's the anger about that?  Plus the Bushes, the Clintons, Obama, etc. all regularly chatted it up with Saudi princes and Israeli neo-colonialists in order to get elected too.  Hypocrites.  All of them."  http://www.globalresearch.ca/ syria-a-civil-war-supported- by-washington-and-its-allies- us-wants-to-partition-and- reconfigure-the-middle-east/ 5598841

And, duh, I also should have told my friend about how I myself have lived through the grim and useless 1950s First Cold War, deliberately started by the Dulles brothers -- and that it was a miserable, scary, McCarthyism-laden time that I wouldn't wish on a dog.  And that Putin is no Stalin.  And that Trump, Netanyahu, Prince What's-his-Name and Mitch McConnell are not John and Bobby Kennedy either.
_________________________________

Plus here's a sneak preview of my latest book, a thrilling murder mystery entitled "Road Trip to Damascus," hopefully coming out by the end of 2017:  http://straitwellbooks.blogspot.com/2017/05/new-book-by-straitwell-press-coming-out.html
Posted by Jane Stillwater at 10:31 AM