Spartacus in Jerusalem: Israel's got a slave revolt on its hands

You'd never even guess it after watching today's news, but there really is a  huge difference between the monsters who run ISIS and the heroes who defend Palestine.

For one thing, ISIS is being armed, trained and financed by none other than the brutal neo-colonialists who currently own and control America, Turkey, Israel and Arabia.  And if you still don't believe that these four slimy neo-colonialist powers are solely responsible for ISIS, well, then you clearly haven't been paying attention.  Please keep up.  http://www.independent.co.uk/news/world/middle-east/syrian-archbishop-pleads-for-uk-to-stop-backing-anti-assad-islamist-groups-a6697226.html 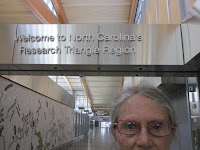 The next really big difference between Palestinians and ISIS is that ISIS is composed of jihadi "foreign fighters" and mercenaries who are in it for the bucks -- and, yes, for the raping and pillaging aspect too.  On the other hand, Palestinians have spent the last 65 years protesting against their own enslavement and genocide at the hands of a neo-colonialist power with no heart.  "If force doesn't work, use more force," is the current policy of Israeli neo-colonialists.

For the past 65 years, Palestinians have been brutalized, robbed and enslaved by Zionist neo-colonialists armed to the teeth with panzer divisions, gestapos, concentration camps, blitzkriegs, chemical weapons and storm troopers.  And now Palestinians are fighting back with stones, knives and their bare hands -- just like back when the slave Spartacus finally told the Romans, "Enough!"

"What did you think, the Palestinians would sit still indefinitely?"  says Gideon Levy's latest article in Haaretz.  "Did you really think Israel would continue on its course and they’d just bow their heads in submission?  Jerusalem has become the capital of apartheid.  No other city so discriminates and dispossesses or is so violent.  Gun-toting Mayor Nir Barkat, who’s largely responsible for the discrimination and dispossession in his city, incites against a third of its population — an unbelievable phenomenon in its own right.   And you thought 300,000 people would acquiesce?"  http://www.haaretz.com/opinion/.premium-1.680443

"But aren't Palestinians being anti-Semitic?" you might ask me at this point.  Yes and no.  Yes, there is a Spartacus-like slave rebellion taking place in Jerusalem right now, against a supposedly Jewish state.  So on the face of things, this rebellion does actually look kind of anti-Semitic.

But, no, the current Palestinian rebellion isn't anti-Semitic at all -- because the self-styled "Chosen People" master-race wannabees who currently control Israel have poisoned what used to be the shining ideal of a Jewish State and now, under these oligarchs' thumb, Israel has degenerated into just one more dying slave-state carcass whose ideals have been compromised.  Israel today is no more a Jewish state than the greedy oligarchs who viciously put down Spartacus's rebellion were supporters of the ideal of a shining Roman democracy.

"But aren't the Palestinians all just a bunch of terrorists who go around knifing Israeli soldiers?" you might finally ask me in desperation.  Knifing soldiers?  Really?  You are complaining that Palestinians are now using kitchen knives to defend their families against fully-armored storm troopers and panzer divisions who kill their children, enslave their adults and steal their land?  Really?

Hell, Spartacus used a knife to rebel against slavery too.  I rest my case.
Posted by Jane Stillwater at 3:45 PM