Olivia Newton-John pretty much got it right back in 1978 when she sang her heart out to John Travolta, "It's raining on Prom night".  http://www.tcm.com/mediaroom/video/11058/Grease-Original-Trailer-.html

And here and now, in 2015, it's still pretty much raining on prom night too -- but in a different movie, one called "Greece".  And there are also worse things that Germany's sleazy bankers could do to Greece (but I can't imagine what).


Back 1946, when Germany was in big economic trouble after the Allies let loose their "greased lightning" on the Nazis, America bailed out that country with the Marshall Plan.  But now that Greece, the country, is in big trouble from German banks and the roles are reversed, German banksters are showing absolutely no mercy.  As far as Greece is concerned, those banksters are now singing "We go together" at the top of their lungs -- but not in a good way.

So what's my point?  That Greece is in trouble, of course.  And that Greece is about to become another beauty-school drop-out.  http://deconstructedglobe.com/wordpress/selling-out-greece/

"But what can we possibly do to help?" you might ask.  I've got a great idea.  Let's all go to Greece and become tourists.  To paraphrase Rizzo again, "There are worse things you could do."  If a million American tourists suddenly become "hopelessly devoted to you" and descend on the Acropolis, the Parthenon and the Greek Isles, this would provide a much bigger infusion of euros, drachmas or whatever than German bankers could ever wring out of Greece with their stupid austerity programs.  Plus it will be fun too!

As Danny Zuko was fond of saying back in the day, "Summer dreams, ripped at the seams.  Bu-ut oh, those summer nights!"  Let's all go visit Greece. 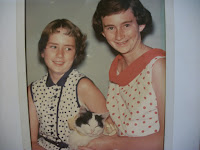 PS:  It is really, really hard being a teenager these days -- so much harder than it was in 1978, when the movie "Grease" first came out.

"Just how much harder can it be?" you might ask.  I just said.  Really, really hard.

"I believe in Unicorns" is a haunting tale of a very starry-eyed young girl who runs off with some cute soul-eyed bad-boy from down at the skate park -- and with disastrous results, but with magical animation an FX scenes that will have you believing in unicorns too.  http://ibelieveinunicorns.com/trailer

If you are a teenage girl these days, forget about "Grease".  This cautionary tale is for you.

The next coming-of-age-in-2015 movie to see is "The Wolfpack," a strange documentary about six boys and a girl raised in an apartment in New York City -- literally.  https://www.youtube.com/watch?v=rDbqcMfUdlI

Afraid to expose his kids to the mean streets of the big city, their father barely lets them out.  "Sometimes we got out once a year.  One year we never got out at all."  Except that one day the oldest boy finally escapes.  How's that for an interesting way to come of age?

PPS:  And then there is the coming-of-age footage we see every night on the TV news:  Coming of age in Ferguson.  Coming of age in Gaza.  Yes, there really are worse things teens could do.  Coming of age in Libya, Baltimore, Yemen, Syria, Afghanistan, Nigeria, Congo, Honduras, Detroit -- all the places where America's military are making a living hell out of taking your date out on prom night.  http://journal-neo.org/2015/07/20/nazis-to-enforce-neoliberalism-operation-jade-helm-and-the-ukrainian-national-guard/

And children coming of age in 2050 will most likely to be starving to death or dead if we don't drop fossil fuels right this instant.  Talk about your really, really hot summer nights!

Note:  The photo above is of me and my mean-girl older sister, coming of age back in the 1950s.  Don't let her friendly smile fool you.  It's all a facade -- as was everything else in the 1950s.  Thank goodness for the internet.  Now we really know what is going on in places like Syria and Ukraine, unlike what McCarthy used to tell us was going on in Hollywood back in the day.

Posted by Jane Stillwater at 5:11 PM