Leonard & Mumia: If only they'd had iPhones back then!

"Why can't we all just get along?" asked Rodney King back in 1991, after he had been savagely beaten by four Los Angeles cops.  That's a really good question, Rodney.  But an even better question might be, "Why wasn't Rodney King thrown in jail forever with no hope of parole -- like what happened to Mumia Abu-Jamal?" 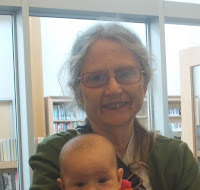 So now let's go forward in our time machine, from 1991 to the present.  Now everyone has a video camera on their iPhone, and not just some clunky old video camera that is impossible to haul around in your back pocket or purse.  And now a whole big bunch of police malfeasance is being caught on tape -- daily.  Everyone who witnesses police brutality can now post it on YouTube.  Police all across the nation now have nowhere to hide.

But now let's go backwards in our time machine again -- and this time let's take our iPhones with us.  What would we see?  What else could we videotape and upload on YouTube from back in the day?

Would we catch the FBI unlawfully attacking innocent Native Americans in their home and then forcing witnesses to give false testimony against Leonard Peltier, J. Edgar Hoover style?  http://www.freeleonard.org/case/

Would we see Mumia Abu-Jamal being framed for the murder of a Philadelphia police officer even though evidence points to Kenneth Freeman having done the shooting and that Freeman was later found naked, handcuffed, beaten and dead?  What do you want to bet that we would?  http://www.freemumia.com/who-is-mumia-abu-jamal/
Or what if bystanders had all gleefully pulled out their iPhones and taped the real killer in the murder of Caroline Olsen?  Then Geronimo Pratt, who had been falsely charged by COINTELPRO, wouldn't have had to spend 27 years of his life in jail before his conviction was overturned.
http://www.huffingtonpost.com/2011/06/03/geronimo-pratt-dead-at-63_n_870910.html

And what if....  "Don't go there, Jane!"  Sorry, guys, I just gotta go there.  What if everyone had iPhones on the Grassy Knoll back in 1963 and also took videos of what Abraham Zapruder's home camera has shown us -- only in more detail?  Would Lee Harvey Oswald still be the lone patsy?  I bet not.  My best bet would be that heads in the CIA would have rolled.

But, alas for Wall Street and War Street and Fox News (but lucky for us), there are now over 700 million iPhones loose on the world -- and, all over the world, they are telling us what is really happening instead of what corporate propaganda sorely wishes that we would believe.

Police in America can no longer get away with carte blanche brutality.

We now know that Flight MH17 was shot down in Ukraine by the neo-Nazi regime in Kiev.

ISIS and Al Qaeda are now in possession of over 2,300 American Humvees -- especially after American satellites just happened to fail to notice that thousands of ISIS and Al Qaeda fighters were crossing open deserts in Toyota trucks after having been thrown out of Syria by President Assad, who is currently hated by Turkey, the Saudis, Israel and the US for taking his courageous stand against ISIS and Al Qaeda, War Street's new BFFs.  Plus a lot of this American-backed craziness in the Middle East has actually been captured by teams of ISIS bad guys on their iPhones and uploaded to FaceBook -- which is completely and totally weird!

You don't believe that American, Saudi, Turkish and Israeli neo-colonialists are backing, financing and supporting ISIS?  Here are just a handful of the many, many links that prove my case -- and I'm sure you will find some iPhone snapshots in this mix as well.

Damn those traitorous American bastards to hell who are funding and supplying ISIS with weapons!  ISIS just attacked a school in Aleppo.  Ambulances were heard carrying suffering children away to hospitals for over four hours.  And we can now watch this carnage close up -- taken on the iPhones of the families and doctors of these children.  Why aren't Americans stopping this!  https://www.facebook.com/ForMotherSyria/posts/662030840564771?notif_t=notify_me
And as for Monsanto, Scalia, Obama, Congress and the Koch brothers, we also know what you did last summer -- thanks to Apple and Steve Jobs.

But why stop here now that we've got our time machine out?  Let's take this analogy even further.  Holy sheep dookie!  Just imagine!


What if....  What if there had been iPhones back in the days of Jesus, Moses and Mohammed?  And we could all actually listen in on what these three amazing men actually said?  Then all of those phony Christians, Jews and Muslims in Washington, Israel, Turkey and Saudi Arabia today would be immediately exposed for what they really are:  Just sleazy neo-colonialist hypocrites in disguise.  http://www.ibtimes.co.uk/yemen-historic-houses-unesco-world-heritage-sana-old-city-reduced-rubble-by-saudi-strikes-1505760

Posted by Jane Stillwater at 9:57 AM