In 2016, we Americans are going to be forced to choose between "War" and "More War" -- and when that happens, I'm just gonna barf.

Or perhaps we might be allowed to vote for those king-making Koch brothers and their Ken-doll evil twin Scott Walker.  "Vote for me and you'll get genetic mutation, fracking and poverty!  I've yet to meet an oligarch, War Street lobbyist or bankster that I didn't like!" proclaims Walker.  Gag me with a spoon.

Yes, the main election slogan for the RepubliDem party in 2016 is apparently going to be, "Just hold down your vomit and vote" -- along with, of course, their perennial favorite, "It doesn't matter who you vote for anyway because we control the voting machines and the propaganda machines too," as well as their ever-popular "We always (heart) ISIS, al Qaeda, the UN, Zionists and neo-Nazis because they always (heart) our gun sales."  I think I'm gonna throw up.  http://sputniknews.com/columnists/20150422/1021234376.html#ixzz3YFfZQcFJ

Moderate Democratic candidates like Elizabeth Warren and Dennis Kucinich don't stand a chance of scoring their party's nomination -- and as for moderate Republican candidates?  Bring in the clowns.  https://www.youtube.com/watch?v=Y69MGOprjzw

So this is why I am officially going to vote for Bernie Sanders in 2016 -- and you should too.  https://www.facebook.com/Sanders2016.  Senator Sanders is definitely on our side -- or to paraphrase the Pussycat Dolls, "Don't cha just wish your president was hot like him!"  https://www.youtube.com/watch?v=O5rkgUkdlVg

But no matter which RepubliDem freak gets elected in 2016 -- or even if by some amazing miracle an actual decent human being like Sanders does score America's vote, my life is still going to change forever next week.

"Will you be going off to Yemen or Benghazi or Kiev?" you might ask.  "Or even Washington DC, Ferguson, Baltimore, Juarez or Flora-duh?"  Back to being a war correspondent?  That would be so easy.  I wish!  http://www.counterpunch.org/2015/04/23/weaponizing-information/

No, next week I'm going to become a full-time caregiver for my daughter's new baby.

And Senator Sanders is the candidates most likely to provide our nation (and me!) with affordable daycare instead of just drowning us all out in totally unaffordable and unsustainable "war".  Have you ever even priced full-time infink daycare lately?  It can cost more than half of your yearly salary, thank you very much.  You might as well go out and buy a few RPGs or a tank.

So, starting next week, me and baby Sofia are going to be spending major quality-time together until she starts kindergarten -- unless Senator Sanders get elected (or I win the lottery) first. 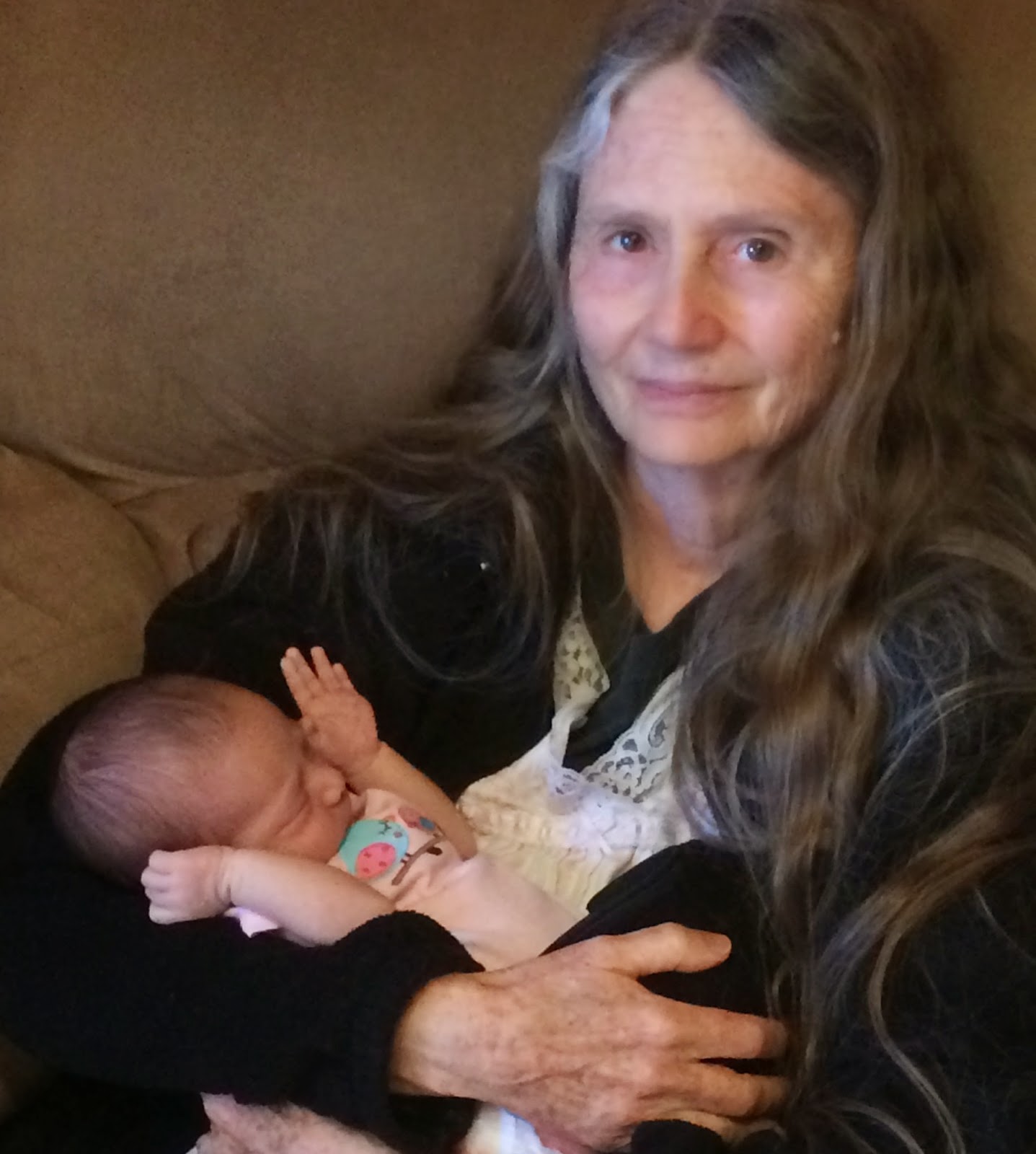 But perhaps baby Sofia might want to become a war-correspondent-in-training?  Because if either the Repubs or the Dems win the 2016 presidential election, there will always be plenty of wars.  No college or jobs or healthcare for Sofia when she grows up -- but there will still be a hecka lot of wars.  By the time our Sofia turns 18, the entire USA is gonna look like Iraq, Libya or Kiev -- unless we vote for Bernie.  http://rt.com/news/251961-ukraine-maidan-snipers-poland/

But if (when) the RepubliDems do get elected in 2016 and Endless War becomes our new best friend for life, at least I won't be alone.  We Americans are all gonna to end up tossing our cookies, losing our lunch, saying hello to our new BFF "Ralph" and/or bowing down to the porcelain throne.  https://consortiumnews.com/2015/04/27/syrias-nightmarish-narrative/

And who in their right mind would ever chose that kind of fate for our baby Sofia -- or for any other sweet, cute, cuddly, lovable FaceBook-friendly new baby like her now being born, both here in America and all over the rest of the world too?


PS:  My friend Rita just e-mailed me, "Just a note to say that Sanders always votes for war and military spending.  Look it up.  Even Nader is not too happy about that."  Oh crap.  Not Bernie too.  Hell, even Elizabeth Warren doesn't seem to be very much against endless war these days.  Poor baby Sofia is gonna have a hard row to hoe.

Is it too late to register with the Green party?
Posted by Jane Stillwater at 12:49 PM