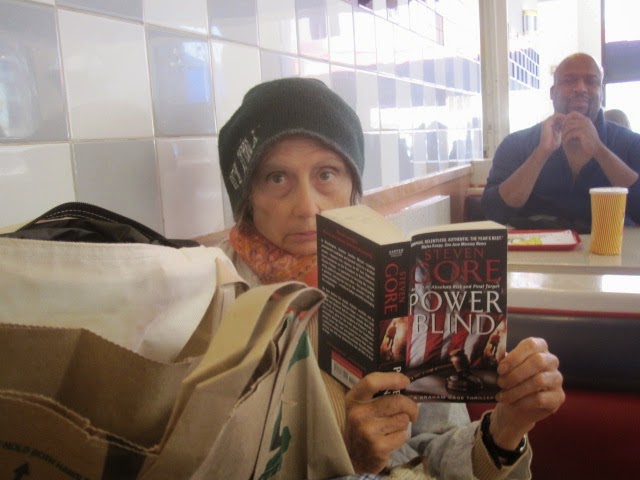 To quote Syrian president Bashar Assad on the subject, "[America,] you are the greatest power in the world now; you have too many things to disseminate around the world: knowledge, innovation, IT, with its positive repercussions.  How can you be the best in these fields yet the worst in the political field?  This is a contradiction.  That is what I think the American people should analyze and question.  Why do you fail in every war?  You can create war, you can create problems, but you cannot solve any problem.  Twenty years of the peace process in Palestine and Israel, and you cannot do anything with this, in spite of the fact that you are a great country."  http://www.foreignaffairs.com/discussions/interviews/syrias-president-speaks

Our "alphabet soup" has clearly screwed up.  http://cluborlov.blogspot.com/2015/01/panic-in-kiev.html
Posted by Jane Stillwater at 12:27 PM