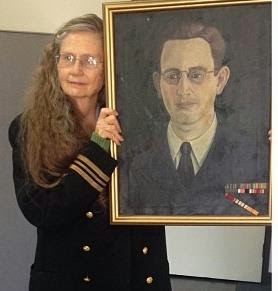 The compassion of Vichy France: Why doesn't war-torn Europe understand war?    With yet another World War II commemorative anniversary fast approaching, let us once again reflect on the extreme horrors of that particular war -- and how it ravished Europe and left that entire continent literally screaming in pain.  Whole cities in flames, corpses of dead babies lying in the streets, grim torture chambers, starving orphans, concentration camps -- the entire nightmare of every war that has ever gone before it and then some.
And yet it appears that almost no one in Europe these days can even remember those horrifying times that are just mere decades past -- what it was like to see your child tortured, your family being dragged off in box cars or your sister begging Yankee soldiers for candy bars or offering her body to strangers so as not to starve before nightfall.   Almost no one in Europe seems to have any compassion at all any more for what it was like to suffer the indescribable horrors of war.  http://www.globalresearch.ca/the-1961-massacre-of-algerians-in-paris-when-the-media-failed-the-test/5425604?print=1
Is there anyone at all in France today who can even remember the Vichy traitors, the brave underground Resistance or fascists goose-stepping down the Champs-Elyse?  Or even remember reading about it in textbooks at school?
Does no one in Britain even remember the Blitz of London or the heroic rescue of British soldiers stranded at Dunkirk?  Or hearing stories about it from their grandparents or watching reenactments of it on the BBC?     Does no one in Germany even remember the all-pervasive media propaganda, torchlight Nuremberg parades, "Heil Hitler," gas chambers that Good Germans knew nothing about, the extreme hatred of non-Aryans, the cruel cartoonish stereotyping of people based solely on their religion -- or what it was like to be living in Dresden at the time of the Slaughterhouse Five?       Apparently not.
Because if they did, they would never have recreated Dresden in Baghdad, Auschwitz in Gaza or the Slaughterhouse Five in Aleppo and Homs.  There never would have been all those vicious attacks on Iraq or the clandestine sponsoring of ISIS in Syria or the brutal neo-Nazi takeover of the government of Ukraine or the arming of mujahedin war lords in Afghanistan or the nightmare of the "no-fly zone" in Libya.  http://www.siliconafrica.com/france-colonial-tax/
Europeans, of all people, should have known better than to muck about with the fates of "war".  Europeans should have known better than to bomb women and children in the Middle East and support Vichy-like dictators in Israel and Saudi Arabia and Egypt.
https://www.transcend.org/tms/2015/01/the-unmourned-another-mass-killing-by-the-peace-prize-prez/
Europeans should have done everything that they humanly could to follow the teachings of Jesus, Hillel and Muhammad (PBUH) -- to "Do unto others...."
How did Europeans forget so quickly?  How could they possibly have forgotten the deep and bloody lessons of World War II so very soon?      And as for the Untied States, apparently Americans never learned compassion from all those Civil War reenactments and Ken Burns PBS specials either.  22,730 killed or wounded at Antietam alone.  51,112 casualties at Gettysburg.  620,000 soldiers dead, 50,000 civilians dead, 1,030,000 casualties.  And all we have to show for all this slaughter is the compassion of Guantanamo, Abu Ghraib and Pappy Bush's infamous Highway of Death.     Wounded Knee, the Trail of Tears, Shiloh, Chancellorsville, Bull Run, Dallas and 9-11 have apparently only taught us Americans the kind of compassion we showed unto others at Hiroshima, Manzanar, Pyongyang, Chile, Cambodia, Gaza and "Je Suis CIA".  http://www.globalresearch.ca/je-suis-cia/5425118
Posted by Jane Stillwater at 11:44 AM