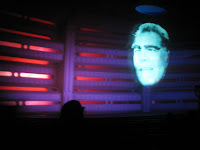 Help spread the truth: 49% of US still thinks humanitarian flotilla to blame for deaths on the high seas

According to a recent Rasmussen poll, "Forty-nine percent (49%) of U.S. voters believe pro-Palestinian activists on the Gaza-bound aid ships raided by Israeli forces are to blame for the deaths that resulted in the high-profile incident."

Even despite numerous eye-witness reports to the contrary, even despite graphic footage showing Israeli commandos in full battle attire brandishing deadly weapons aboard the ship, even after Israel admitted having doctored the video showing passengers swinging bars (we don't even know if that was really the Mavi Marmara in that video) -- and even despite autopsy reports showing that several of the nine dead flotilla humanitarians were killed execution style, myths in the United States still persist that these nine brutal deaths aboard the Mavi Marmara were the result of actions taken by flotilla participants and not as a result of Israeli armed assaults.

Clearly our side of the story is not being heard. Clearly our side of the story needs to get out too.
Please take a few moments of your time to write to your congressional representative, your local newspaper and/or your editor-in-chief, telling them about what actually happened and also to demand that Israel release all the footage taken by all the independent journalists aboard the six ships. And here are some links you can use as solid proof to back up your statements:

Here's an eye-witness account published on Democracy Now: "The Images Israel Didn’t Want Seen: Video and Photographs from the Gaza-Bound Aid Flotilla." Filmmaker and activist Iara Lee was one of the few Americans on-board the Mavi Marmara. Her equipment was confiscated but she managed to smuggle out an hour’s worth of footage. http://www.democracynow.org/2010/6/10/exclusive_journalist_smuggles_out_video_of

And legendary Israeli reporter Uri Avnery has at least 80 questions regarding the veracity of official Israeli versions of what actually happened aboard the Mavi Marmara -- and why it happened: http://www.counterpunch.org/avnery06142010.html. His article is entitled, "Who is Afraid of a Real Inquiry?"

And here's an article regarding FPM co-founder Paul Larudee's own experiences with Israeli commandos and prisons: "Captured and detained by Israel, an American tells his story": http://www.salon.com/news/feature/2010/06/03/paul_larudee_flotilla_account

And FPMer Joe Meadors also speaks about his experiences on another ship during the flotilla seizure: http://www.democracynow.org/2010/6/4/43_years_after_surviving_israeli_attack "43 Years After Surviving Israeli Attack on USS Liberty, US Veteran Joe Meadors Seized by Israeli Forces on Gaza Aid Flotilla".

In addition to helping us get the true story out in the written media, if you would like to sponsor FPM speakers to come to your community and paint a more accurate picture of what actually did happen on May 31, 2010, please let us know by e-mailing us at contact@freepalestinemovement.org

There are so many well-funded and far-reaching media sources throughout the United States right now that are currently spreading vague accusations, half-truths and even outright lies about what happened when this unarmed, humanitarian, legally-justified Freedom Flotilla set out to break the brutal and inhumane siege of Gaza -- and there are so few of us who can counteract all of this intensive media disinformation -- that all we can do is ask for you to help get the truth out.

And not only do we need help getting the truth out, we also need help persuading our government officials to bring Israeli attackers to justice so that something like this tragic incident will never happen again -- to anyone.

PS: Here's a URL that will take you to FPM's "Take Action" page: https://www.freepalestinemovement.org/index.php?option=com_content&view=article&id=102&Itemid=87

PPS: Another major flotilla is being planned for late July and I plan to be on it! To donate to my "Let's "Send Jane to Gaza!" fund, just click on https://personal.paypal.com/cgi-bin/marketingweb?cmd=_render-content&content_ID=marketing_us/send_money and type jpstillwater@yahoo.com in the appropriate box. Thanks. I've always wanted to go on an exciting Mediterranean cruise -- but not TOO exciting.
****

Posted by Jane Stillwater at 10:48 AM