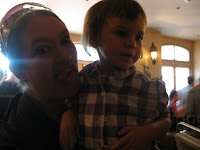 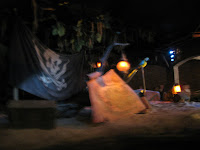 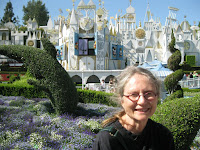 Does Israel have a right to exist? Yeah but...

When it stops behaving itself?

When it starts using its power and resources for obscenely selfish reasons -- or even for evil?

When a country deliberately starts breaking the world's rules as set forth in the U.N. charter and the Geneva convention, does it then forfeit its right to exist? When America not only condones torture but performs medical experiments on the victims of its tortures, has America gone too far?

In the past, our world community has decided that the Soviet Union, Corporatist Germany and Italy and Imperial Japan did not have a right to exist -- but at what point did these nations cross over the line? Is America and some of its allies slowly edging up to that line now?

Let's look at this issue from a personal level. For instance, would I lose my right to exist if I murdered someone? Can they send me to the electric chair if I maliciously take human life? And just exactly how much human life will I be allowed to take before I am no longer allowed to exist? Will I be allowed to kill over a million people before I am stopped? Even if I present a really good excuse? And make money on the deal as well? And get some extra oil and real estate thrown in?

At what point does a nation -- or even a person -- lose its right to exist?

Where exactly DO we draw the line regarding who has a right to exist?

PS: This brings up another point as well: If a person or nation misbehaves, do we take them out and shoot them? Or just send them to bed without any dinner? And who decides on the punishment?

PPS: America has just proved to me that it DOES have a right to exist. I just took my two-year-old granddaughter to Disneyland -- and any country that can produce something as joyful as Disneyland might possibly have a shot at redemption.

PPPS: I just came back from my Jin Shin Jyutsu class, where I learned about how to make our kidneys and adrenal glands work better -- by gently holding certain places on our bodies for three minutes each.

Our class covered a lot of material today but basically I learned that, "Sometimes we exacerbate our adrenal glands' load by expecting the world to be different than it is. People with adrenal burn-out suffer from angst because they can't get the world to be the way that they want it to be. And the more that we try to control the outside world, the more frustrations we will have."

So how much control of the outside world is really necessary? Or even effective? Dictators and tyrants try too hard to control their worlds. Billionaires seem to think that if they only accumulate enough dinero they will also be able to control their world. And I bet that people like Saddam Hussein, Republican neo-cons, media censors, Israeli commandos and BP executives thought that if they just had enough money, jails or guns, they too would be in control. But guess what? You can't EVER control the world (or the people) around you. You'll never be able too -- no matter how hard you try.

PPPPS: Here's a step-by step description of the Jin Shin Jyutsu exercise I was talking about. It's good for calming ourselves and stopping us from tearing our hair out because we cannot control the uncontrollable.

Jin Shin Jyutsu points are much larger than acupuncture points, BTW. Each one is the size of the palm of your hand. You pretty much can't miss them.

Next, with your left hand still lightly clutching your coccyx, move your right hand to your left top front rib, right under your collar bone. This is the "I Pledge Allegiance" hold. Three minutes more.

And, last, keeping your left hand still on your butt, cup your right hand onto the back of your neck, on the left side, just behind your left ear. And hold that for three minutes -- and then you're done. Here's the video: http://www.youtube.com/watch?v=1j76_EnbV10

And you can do this whole thing while watching TV if you want. "Survivor" or "Big Brother" would be good shows to watch. No one can truly control who will get voted off next on those shows.

And if everyone in the world everywhere did this exercise every single day, then perhaps we might not have so many blooming control freaks trying to run our world -- trying to run MY world. Then torture chambers and vast checkpoints and nuclear weapons and religious fanatics and Wall Street bailouts might no longer be necessary -- as people stop trying to control others and work more on trying to get their own selves under control.

Dr. Paul Larudee showing bruises inflicted on him when he was repeatedly beaten by the Israeli military during his detention

Posted by Jane Stillwater at 7:43 PM