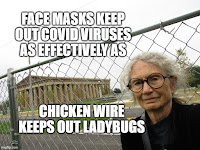 Other than my non-experience with the lone Humvee, the no-show audience and the 14 measly demonstrators, Nashville was a very pleasant surprise.  I toured the Grand Ole Opry with my friend Glenda.  I toured the Ryman.  I bought my ticket to the Country Music Hall of Fame.  I went to Pegleg Porker for fall-off-the-bone BBQ as recommended by my friend Pat.  I toured the Johnny Cash Museum and even bought the T-shirt.  I ate buttermilk biscuits and took selfies in front of the Parthenon.  I rode the #5 bus.  A lot.
And then I hung out on Broadway -- that famous two-block area where all those extra-loud honky-tonk wannabe-pseudo dive bars are located.  Sooooo many people, filling the streets, even in broad daylight.  Sooooo many drunks.  Hundreds of drunks -- and all politely masked up too.
And almost all of those drunks were young women.  Wha?  So I snagged up one of them as she was happily staggering between one tourist honky-tonk and another.  "Why so many drunk ladies," I asked her point blank.
"Bacdjeralette patty," she stammered.  Oh.  Right.  Apparently young brides from all over the South come here to downtown Nashville for their bachelorette parties.  And a bunch of them from the North come here too.  Who knew?
But I did have a wonderful time in Nashville -- even cold sober.
PS:  Maybe it's just jet lag, but I find myself being really really really pissed off about this whole masked COVID lock-down thingie.  Some creepy rich guys in Davos have stolen eight months of my life already -- and now they are talking about stealing another two or three years more too?  For a disease with a .02% death rate at most?  Stolen our smiles, stolen our hugs, stolen our homes, stolen our dinners, stolen our children's happiness.  Bah-humbug, Scrooge.
"Look over here at COVID," they constantly tell us on TV.  "Don't look over there -- behind that curtain" where the Federal Reserve has already stolen four trillion dollars and then only given us back a few billion in stimulus money -- and then they actually expect us to be grateful and feel guilty while they sail around on their yachts.  You bet I'm pissed off. 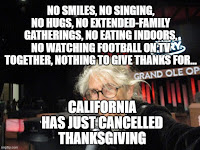 Rigging the COVID tests, suppressing the actual COVID data, it's a scheme, it's a scam -- just like the "wars" on Vietnam, Syria, Iraq and Libya were too.  Only this time, even more Americans are dying due to the lock-down and even more money is being made by people who are already billionaires.  Screw that.  You got yours.  Where is my next stimulus package, punks?
No wonder I feel so angry.  Thanks for letting me vent.
But how come none of the rest of all y'all aren't pissed off too?  And don't say it's because you hate Trump.  Hell, everyone hates Trump, bless his heart -- when it's the oligarchs and swamp-dwellers who own him (and Biden too) that we should be hatin' on -- and de-funding as well.
And if I was at a drunken bachelorette party in legendary Nashville, I certainly wouldn't be wearing no face mask.  No way would I walk the line!  And Johnny Cash wouldn't wear no freaking rich man's face mask either.
Resources:
The really unique thing about COVID is how it is killing off so many old people.  Maybe it is a designer virus after all -- designed to kill off all the baby-boomers so the oligarchy won't have to pay them Social Security?  https://www.cebm.net/covid-19/covid-19-deaths-compared-with-swine-flu/
How many different ways are we being tricked about COVID?  Here are just a few.  People are dying due to Big Pharma's callous need to make Big Bucks:  https://thehighwire.com/videos/the-war-on-herd-immunity/
And then there's the actual data regarding hydroxychloroquine which could have saved thousands of lives had Big Pharma only have been able to make an embarrassingly huge profit off it:  https://markcrispinmiller.com/2020/10/hospitalization-rate-for-covid-patients-taking-hcq-zinc-is-one-sixth-that-of-control-group-study-passes-peer-review/: 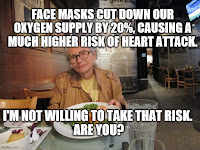 And the WHO hires yet another PR firm.  Notice that they didn't hire me!  No worries.  I'll do my own freaking PR.  https://off-guardian.org/2020/10/26/who-taps-anti-conspiracy-crusader-to-sway-public-opinion-on-covid-vaccine/
And for you statisticians among us, here's a whole bunch of charts and graphs on the real data regarding COVID:  https://lockdownsceptics.org/covid-research/
Masks?  We don't need no stinking masks!  https://thehighwire.com/videos/mask-whistleblowers-tell-all/
___________________________

Stop Wall Street and War Street (and Big Pharma) from destroying our world.   And while you're at it, please buy my books.  https://www.amazon.com/Jane-Stillwater/e/B00IW6O1RM
Posted by Jane Stillwater at 10:25 AM