Livin' my dream: The meme as an Art Form 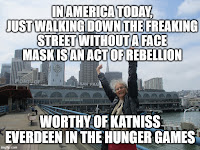 Picasso had his big artistic break-through moment when he discovered African wood carving.  I had my big artistic break-though the moment when I googled "free meme generators".  Now I'm unstoppable!  The evil military-industrial complex, those boot-licking sell-out RepubliDems, that greedy Big Pharma and even Davos' sleazy Great Reset had better watch out!  I've got locked-and-loaded memes watching my 6.
The sociopaths who run this world may have money, power and death-ray-style weapons on their side -- but on my side I have Art.  There's all kinds of Art.  There's aboriginal dot art, Tibetan mandalas, cave paintings at Mesa Verde.  There's the Metropolitan Museum, the Louvre, the Smithsonian.  There's Michelangelo, Vincent Van Gogh and Andy Warhol.  And now there's "meme.generator.com" too!  Unstoppable.
Evil people will never take over the world as long as the human mind can create beauty.  The police state is helpless.  The NSA?  SWAT teams?  Prison camps?  The lock-down?  Mega-corporations may think that they own the world -- but they can never break into our dreams.

PS:  A German attorney has just turned the Rule of Law into an art form too.  He is suing his government for crimes against humanity -- citing all the scandal, false propaganda and fear-mongering regarding COVID as just a lame excuse for turning us all into isolated unthinking robots.  And this attorney is also talking about a class action suit.  Count me in!  I want to be one of the three or four billion pissed-off people who are ready, willing and able to sign on!  Please watch the attorney's video here (before Google, YouTube, FB and Twitter take it down).  Dr Reiner Fuellmich - Oct 3, 2020 - CVD19, Lockdows, Mandatory Mask & Crimes Against Humanity 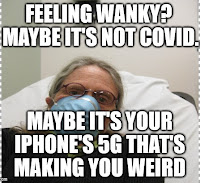 PPS:  So much for Berkeley's history as the home of truth, justice and free speech.  At 3:00 am the other night, AT&T crews stealthily tried to install an illegal 5G cell tower over on Gilman Street.  Residents who protested were threatened by the police.  Now Berkeley politicians are happily siding with evil corporations over us voters?  End of an era.  Yikes! 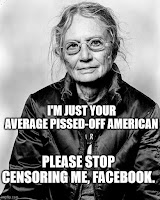 Resources:
Here's another COVID petition that I bet another three billion people would love to sign.  Also check out the video.  Petition:  https://gbdeclaration.org/  Video:  https://gbdeclaration.org/video/
And, yes, America is still using COVID as a smoke screen while it continues to murder and plunder in the Middle East like some modern-day Bluebeard (definitely not Captain Jack Sparrow):
https://thegrayzone.com/2020/09/29/grayzones-aaron-mate-testifies-at-un-on-opcw-syria-cover-up/
https://thegrayzone.com/2020/10/02/us-military-seeks-to-create-new-base-in-syria-syrian-journalist/


Stop Wall Street and War Street (and Big Pharma) from destroying our world.   And while you're at it, please buy my books.  https://www.amazon.com/Jane-Stillwater/e/B00IW6O1RM
Posted by Jane Stillwater at 12:36 PM