R-E-S-P-C-T: No one's gonna take the Supreme Court seriously any more
Sadly, Aretha Franklin is dead.  And, sadly, the Supreme Court's reputation is gonna be dead too -- when Brett Kavanaugh becomes one of its justices.  There's only so many times that the Supremes can viciously "sock it to" American democracy and still even pretend to be a respected and venerable organization.  https://www.youtube.com/watch?v=p3wVAy3y9mk
To paraphrase the Queen of Soul herself, several Supreme Court justices have already become "no-good heart breakers, liars and cheats" after illegally handing over the White House to George W. Bush in 2000 and then handing America over to carpetbaggers after the "Citizens United" decision.  Not to mention the Clarence Thomas scandal.  Nah, let's go ahead and mention it!  Anita Hill was right.
https://www.theguardian.com/commentisfree/2018/oct/05/americas-new-aristocracy-live-accountability-free-zone-david-sirota 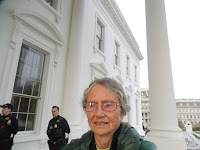 Allowing someone like visibly-unhinged Brett Kavanaugh to join the Supreme Court is only going be the straw that breaks the camel's back.  Here is a man who not only went ballistic in full public view but, in just one short paragraph of his speech before the Senate judicial committee, used the I-word nine different times.  As they say, the word T-E-A-M has no "I" in it -- and neither does the word R-E-S-P-E-C-T.  We're screwed.  https://www.youtube.com/watch?v=VRJecfRxbr8
To quote the immortal Aretha again, "I get tired, keep on tryin' -- you're runnin' out of foolin' and I ain't lyin'."  Kavanagh lied to us under oath?  This perjurer is gonna make the perfect next link in that "Chain of Fools" already on the Supreme Court.  https://readersupportednews.org/opinion2/277-75/52659-focus-this-ruling-is-why-conservatives-are-so-hopped-up-on-brett-kavanaugh
America needs to "Think" about what, exactly, it expects from our highest court -- and then demand only "Do-right-all-night" judges.  Otherwise there "Ain't no way" that our Supreme Court will ever get any respect from decent Americans again -- and that's just sad.
PS:  I also got no respect for elected representatives who take big bucks from lobbyists, government heads of state who lie through their teeth (Bibi Netanyahu immediately comes to mind -- but who else?), FBI agents who lied about Leonard Peltier, propagandists who try to make us hate Syria/Russia/Yemen/immigrant children/Black people for fun and profit, any man who doesn't "make me feel like a natural woman" -- and all of those greedy bastards in Washington.  I've "Never loved a man" who put greed above morality. https://www.tasnimnews.com/en/news/2018/10/03/1843820/netanyahu-notorious-for-fabricating-false-evidence-ex-us-adviser
Isn't it time for us to stop tolerating all these lies and corruption, demand some core virtues from our leaders and take the "Freeway of Love" instead?  https://www.youtube.com/watch?v=Ip_pjb5_fgA
PPS:  The USA has just spent hundreds of billions of dollars on an airplane that doesn't even work?  Wow, just wow.  How many thousands of squandered dollars per US taxpayer is that?  Math is not my strong point -- but even I can figure out that it has been money totally wasted.  They shoulda spent some of that money on vetting future Supreme Court justices instead.  https://www.strategic-culture.org/news/2018/09/30/us-military-industrial-complex-worst-nightmare-s300-may-destroy-expose-f35.html
And America's closest ally in the Arab world is currently in danger of becoming a failed state due to its own legendary corruption.  Ultimately, no human being anywhere has any R-E-S-P-E-C-T for corruption in government -- either at home or abroad.  "Every chain has got a weak link."  And with all its own moral corruption, America itself could possibly become the next failed state.  https://consortiumnews.com/2018/10/04/is-saudi-arabia-the-middle-easts-next-failed-state/

Stop Wall Street and War Street from destroying our world.   And while you're at it, please buy my books.  https://www.amazon.com/Jane-Stillwater/e/B00IW6O1RM
Posted by Jane Stillwater at 8:42 AM